My First Visit to Roberta's: A Long and Strange Trip, But Well Worth It 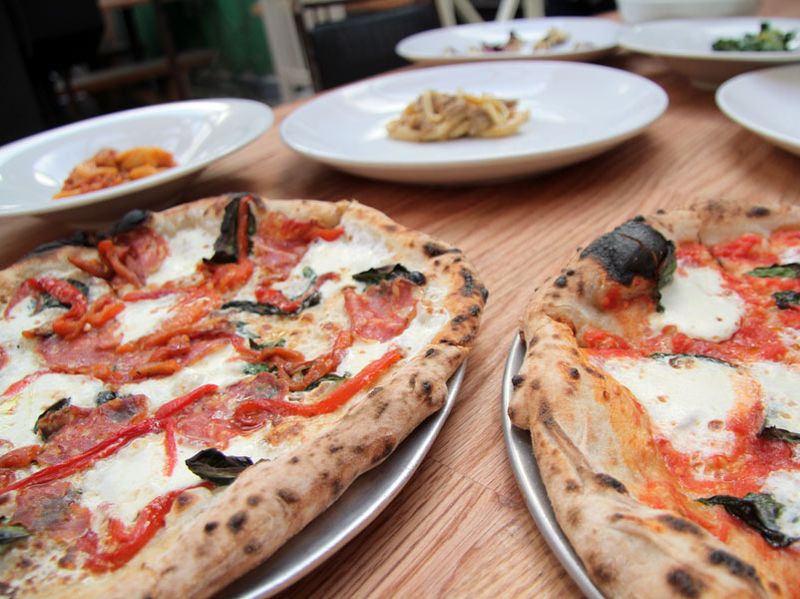 Last night I was out for dinner, celebrating the birthday of my brother, at Roberta’s, the esteemed neo-pizzeria in Bushwick, Brooklyn. On the subway there my company was “Alone in the Kitchen with an Eggplant: Confessions of Cooking for One and Dining Alone,” a collection of essays from 2007 edited by Jenni Ferrari-Adler.

I bought the book a long time ago, when I was formulating the proposal for my anthology, “Man with a Pan,” but only now have I actually gotten around to reading it. Ferrari-Adler was in grad school when she came up with the idea for her book, and the essays skew young.  Many are about being single and having to navigate the romantic labyrinth of one's twenties.

As the L Train rumbled on, I flipped through my copy and found a few treats. I lapped up Amanda Hesser’s “Single Cuisine”; got a kick out of Steve Almond’s “Qe Será Sarito: An (Almost Foolproof Plan to Never Eat Alone Again)”; and relished Haruki Murakami’s “The Year of Spaghetti.”

When my subway ride ended, I found myself in the labyrinth of Bushwick, an industrial maze of streets peopled by svelte couples struggling with big paper bags from Trader Joe’s and skinny guys wearing glasses with even bigger frames. All the men seemed to have beards, and almost every available surface was covered with white-paper signs saying “Huge Loft: Roommates Wanted.”

It was, I realized, exactly where I would have ended up living if I was in my twenties and had just moved to New York City. Down a dimly lit street I sought the purposefully poorly marked entrance to Roberta’s, and as I entered the restaurant, I knew that if Bushwick was where I would have lived if I was young, Roberta’s is where I would like to reside right now.

The smoky scent of freshly baked pizzas and the joyful cacophony of a crowd gorging themselves on the pies filled the front room. In the back, I found my brother and his band of merry revelers stretched out a long wooden table, tucking into salads of Bibb lettuce and meat and cheese plates. I sat down and tried a bit of the Verde Capra, a blue cheese made from goat's milk. I love blue cheeses, and it was irresistible.

Plates of meat were passed around. I dropped some prosciutto on my tongue and felt it (and the worries of the day) melt away. Beer flowed from a plastic pitcher. Pizzas arrived—baroque affairs piled high with brussels sprouts and onion (the “Lionheart”), pork sausage and kale (the “Good Girl”), and portabellas (the “Porta Baller”; my favorite—I swear those mushrooms were laced with vinegar).

The food and the company were a powerful combination. I left happy, and took a cab home, done, for the time being, with “Alone in the Kitchen with an Eggplant.”

Posted at 09:26 AM in Readings, Restaurants | Permalink | 0 comments 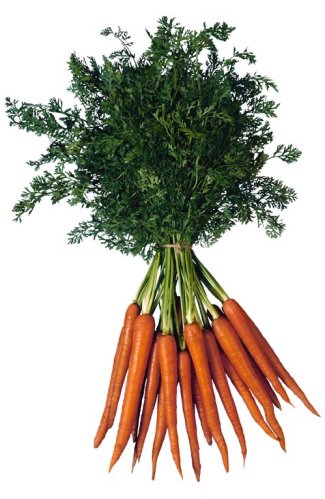 We went out to dinner last night, to one of our favorite neighborhood spots, Bark. To say it serves hot dogs, which it does, is akin to saying that the Yankees are just a baseball team. Anybody can throw a baseball, only the Bronx Bombers can claim twenty-seven World Series titles (and like the Yankees, Bark has its haters, but I’m not going to indulge them here).

I like Bark’s tall wooden tables, green ethos, locally sourced food, and, of course, its food. Hot dogs are not one of my favorite things to eat. In fact, I’ve never cared for them. I always thought of them as boring, and slightly suspect. Bark’s are the opposite. Even the plain dog is wicked tasty, perhaps, because, as I just learned from New York Magazine, the owners and chefs Joshua Sharkey and Brandon Gillis trick out their dogs by basting “them like a Peter Luger porterhouse with—get this—housemade smoked lard butter.”

Dining out on a Monday night felt decadent, until I remembered that I worked all weekend. I had my manuscript to review, and late yesterday afternoon I went on a cooking frenzy, making chicken stock, black beans, a vegetarian version of my dhal (to serve to a non-meat-eating friend who was coming to dinner), and roasting a chicken. I didn’t get a break at all, so it was nice to kick back at Bark with a hot dog and a beer.

The girls love Bark, too. And their easy enjoyment makes it all the more fun for me. It’s impossible for me to enjoy a restaurant if they’re not having a good time (which can also make it hard for the other patrons to enjoy the place). Bark has just about everything I want from a dining spot, except for one thing: vegetables (I’m not counting pickles).

A few months ago, though, Santa Maria started peeling a few carrots each day for the children and us, and placing them in their lunchboxes. She always gets them to eat the carrot before the day is over. Yesterday evening, at Bark while Santa Maria was (repeatedly) reminding Pinta to eat the one that was left over from her lunch, I looked in my backpack, and found one that she had tucked in for me.

After two hot dogs, a beer, and a bunch of fries, I think the tastiest thing I had all night was that carrot. It was so refreshing and healthy tasting. I’m amazed that Santa Maria has engineered such a simple and far-reaching change in our diets. I knew intuitively that carrots are good for the children, but last week I learned just how important they are.

According to an article in The New York Times, a recent study concluded that “people with high blood levels of alpha-carotene — an antioxidant found in orange fruits and vegetables — live longer and are less likely to die of heart disease and cancer than people who have little or none of it in their bloodstream.” I want to live a long time, in part to keep eating those dogs at Bark.