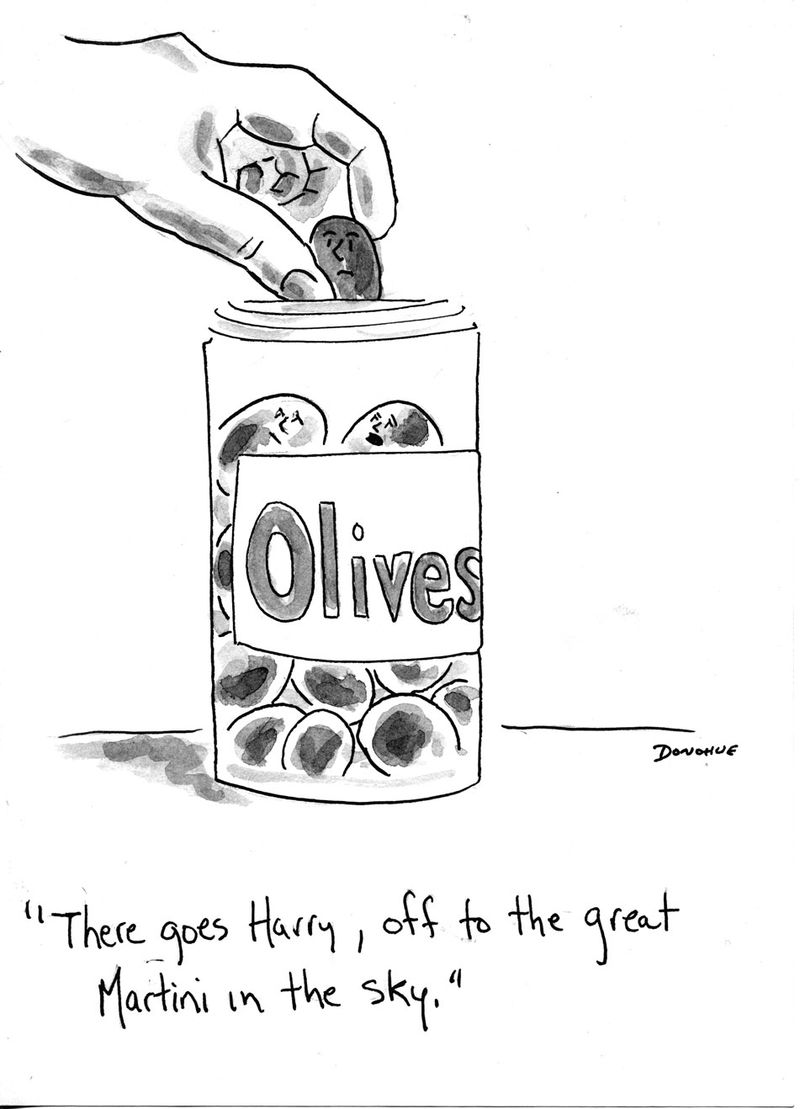 My dad died of prostate cancer eight years ago. I was thinking of this today, because I received very sad news this morning. Michael Crawford, someone I did not know well but who I was proud to call a friend, died yesterday of the disease. I had learned a week or so ago through Facebook, that he was terminally ill, and I wanted to see him before he was gone. But even a delay of a few days was too long. Crawford was a remarkably talented cartoonist and artist (Michael Maslin’s blog Ink Spill can fill you in), and his passing reminded me not to procrastinate.

My father was a complicated man who kept his complications to himself. I don’t think I’m any less complicated than he was (being a man, and above all, his son), but I am not going to harbor my complications. I’m going to air them out. It’s the only way I’m going to make sense of them. And I know that my chief complication has become universal: It is no longer clear what is expected of a father these days.

When my dad was raising a family, I think, it was clear to him what he was supposed to be doing—mostly making money and acting as a moral compass for the family. Those things are expected of me, too, but that is where the certainty ends. I’m also expected to a little more, such as make the lunches, make the dinners, balance the check book, pay the bills, tend to my daughters’ homework, take the kids to soccer, and, and, and; I’d go on, but not even the whole Internet itself has enough space to list all the responsibilities that are mine.

In my dad’s day, these were things handled by my mom, who banged out dinners every night, or skipped over the rest of it. Things like homework, sports, and college applications were if not entirely self-directed, pretty loosely supervised. These days, you practically have to pry the pen from the parent’s hand if you want to see a child’s college-application essay. What is expected of mothers has shifted radically, too.

There is no model for what parents do these days. We are all making it up as we go along. Which, I suppose, is what our parents did too, but it was easier back then. Think about the car. All they had to worry about were seat belts. I remember installing our cars seats when Nina and Pinta were young, and being told that the local fire department gave classes on how to do it correctly. And forget about having them sit in the front seat. Even they know that one has to be thirteen or something to sit there safely, because of the airbag. There is just so much more to keep track of now.

But I’ll stick to what I know best, which is my own experience, with art and the kitchen. My dad could not have modeled the right behavior for me had he even wanted to. The only thing he knew how to do in the kitchen was to make coffee. I on the other hand, have many ideas about how to feed one’s family. I was recently interviewed for a post on the NPR blog about cooking for busy families. If you’ve been reading along here, you know some of my strategies. If you want more ideas, check out their post, here.