Home Archives About
How Quickly Did These Gluten-Free Corn Muffins Disappear?
How to Be Smart about the Smart Kitchen: Introducing the HieBAR Kitchen Media Platform 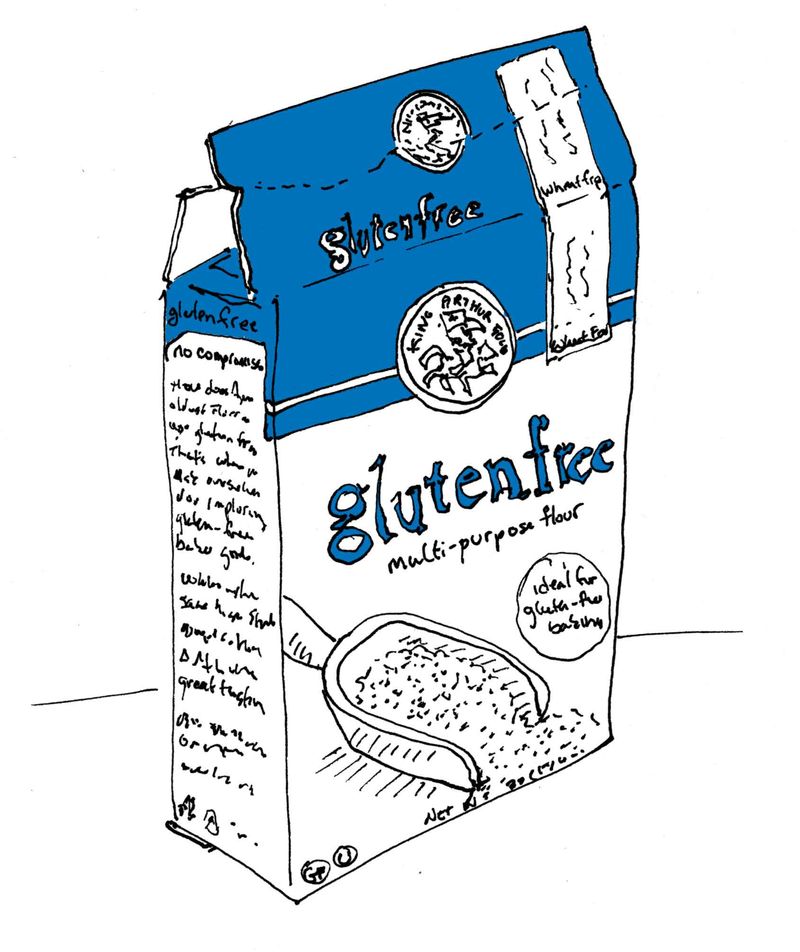 I know little about gluten, beyond its troublesome reputation, but, frankly, that’s enough. I have friends and relatives who suffer when they eat it, and I cannot help but notice a correlation between how much of it we consume and my children’s eczema. The less gluten we eat, the better their skin appears. Still, we miss it. As my eldest told me yesterday, “Being gluten-free is not so good because you miss out on all sorts of stuff and you have to double check and you have less of the foods you like.”

Less of things like pizza and bagels, the former a staple and the latter a New York City treat. This is because gluten is instrumental in getting dough to rise. The gluten acts like a balloon, trapping the gasses from the yeast. This tiny bit of knowledge has stopped me from trying to make gluten-free pizza dough. The only other thing I know about gluten is a bit about its etymology. The word “gluten” dates back to the 16th century, initially referred to animal protein, and can trace its root to the Latin word for glue.

At some point, I’ll try making gluten-free pizza dough (anyone with any tips, send them my way). In the meantime, I figured I’d start with something easy, like popovers. “JK,” as my ten-year-old says, when she slips into texting language: “Just Kidding.” Popovers are incredibly temperamental creatures, but, after nearly two decades of marriage, I have an affinity for such things.

Plus, I had King Arthur’s multi-purpose gluten-free flour on my side, and the box comes with a recipe for gluten-free popovers on the back. I’m good at following directions and the recipe worked. We were salivating as the rising popovers filled the kitchen with a delightful aroma, they were airy and crispy from the first bite.

Grease a 12-cup popover pan or muffin pan (Note: my popover pan is for six large ones, and it worked fine).

Whisk together the eggs, butter, and milk in a large bowl.

In a separate bowl, whisk together the dry ingredients.

Gradually add the the dry ingredients to the bowl of milk, eggs, and butter, whisking continuously.

Whisk the mixture until the batter is smooth.

Pour the batter into the greased cups, filling each one about 2/3 full.

Bake for 25 minutes and then reduce heat to 350 degrees and bake for 15 minutes more.

During baking be sure to NEVER open the oven.

Remove pan from oven and let popovers firm for 5 minutes.

Remove popovers from pan and eat immediately, preferably with butter and jam

Here’s how they looked when I put them on the table. Enjoy the smiles. 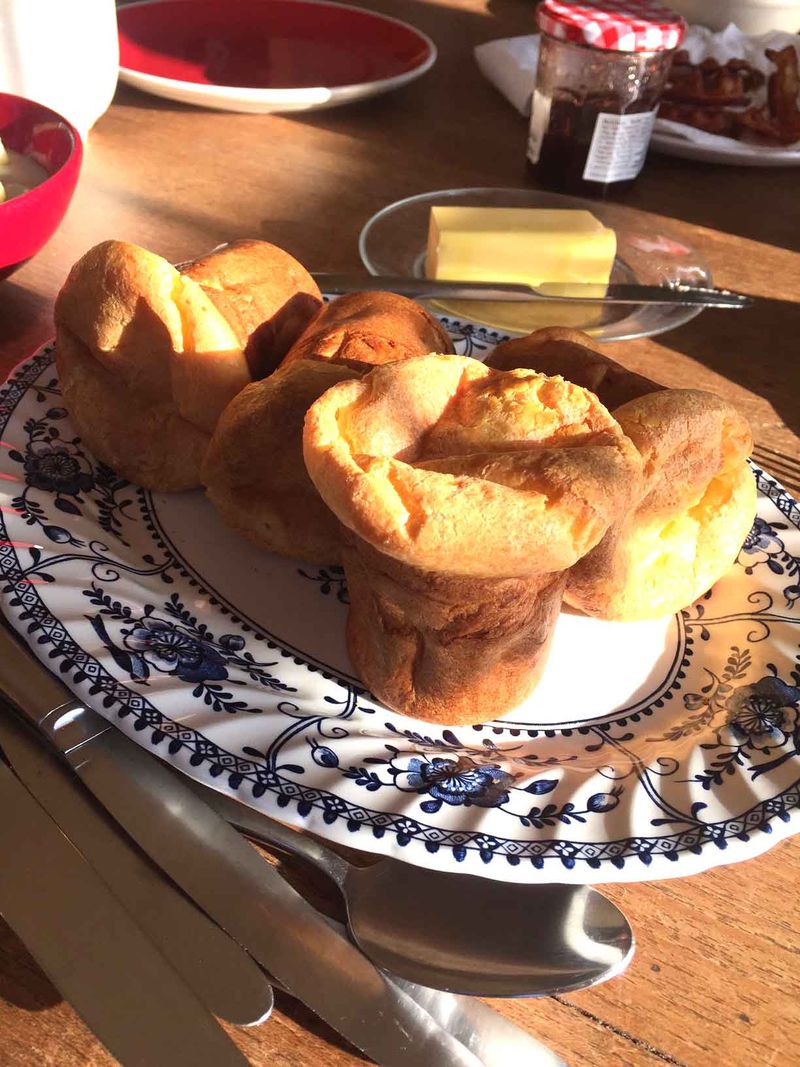