Home Archives About
A Halloween Fright: Thoughts on Learning to Cook and the Value of Blogging
Thanksgiving Cranberry Cornbread

What do Pepper and Salt Bring to the Family Dinner? 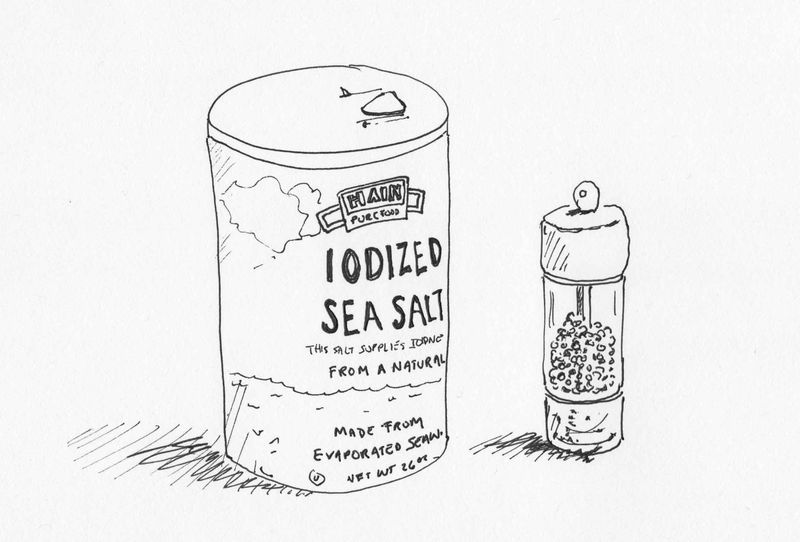 I don’t know about you, but I find it hard after a day of cooking, commuting, working, commuting, and cooking to find things to talk about at the dinner table. I know that the family dinner is held up as an ideal, and that we should all gather around the table at least once a day to purify our souls and become whole as a family. And yet, I often find myself staring in disbelief at the state of things when we sit down. Someone is often whining about something. If, as Tolstoy has it, “Happy Families are all alike; every unhappy family is unhappy in its own way,” I would add, every family dinner is conversational disaster in its own way.

But tonight I stumbled upon a new gambit. Santa Maria was out of town, and I was on on my own with the kids. We were eating pasta with Bolognese (from the freezer), and the conversation was stalling, stalling, stalling. To pull it out of the nose dive, I grabbed the pepper grinder, which was on the table, and anthropomorphized it.

Tipping it back and forth playfully, I gave the pepper grinder a voice, and it wasn’t a kindly dad voice. It was more of a PG-rated Andrew Dice Clay voice. The grinder wasn’t full of pepper, it was full of something that rhymes with “sloop” and makes elementary school kids laugh.

As soon as I gave it this forbidden personality, Nina and Pinta’s faces lit up. They loved it. They ran with the scatological jokes, and then I made Pepper hate Salt. EventuallyI recanted, and Pepper admitted to liking Salt, if being a bit jealous (oceans and all that). Eventually, Pinta dashed to the kitchen and got the salt. I found them side by side on the table when cleaning up and they reminded me that the family dinner can be fun, with a bit of effort (and I'm not talking about the cooking).

Saute the onion, carrot, celery, and bacon until the vegetables are soft and the bacon fat rendered.

Add the beef and cook it until it is brown (crushing it with a potato masher, so there are no large clumps).

Add the wine and cook it off.

Add the tomatoes and the spices and simmer until thick (about three hours).

Note: This makes about three quarts, and it freezes very well. Do the whole batch, eat one quart for dinner (serves about four) and freeze the other two. That way you get at least three meals out of one cooking session.