A Little Raita Changes Everything 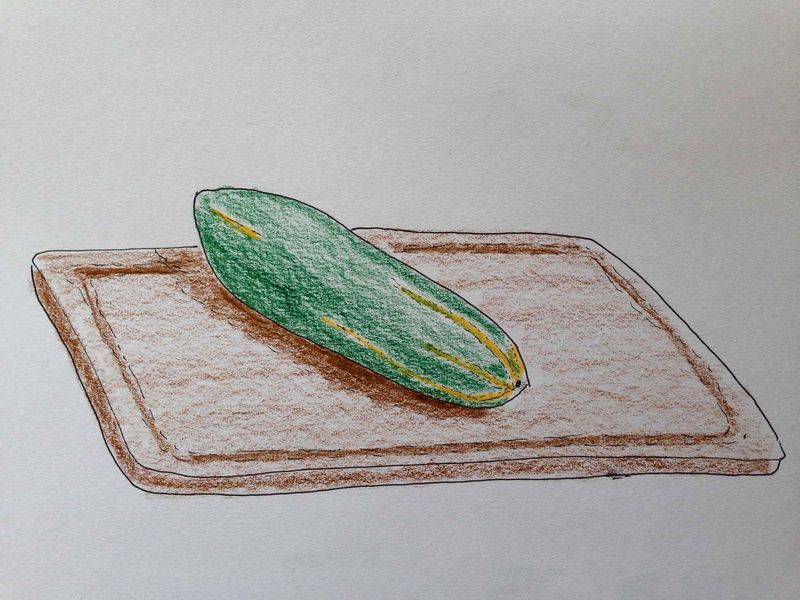 About a month ago, we had a typically harried night. Actually, about a month ago, it was just the start of school, so what I might have thought of then as being “typically harried,” was, in retrospect, part of a significant transition during the year. Sometimes we can’t see what’s happening until we get a bit of perspective on things. Lately, I've been trying to give myself the space (mentally, emotionally) to find that perspective in a given moment. As soon as I figure out how, I’ll let you know. I might have a PhD in something or another before I reach that level of achievement (or be six feet in the ground), so for now, I’ll stick to what I know: making dinner

Making dinner can be a pain in the neck. But once dinner is made, it can be transformative. On that September night, I was tired, and not yet used to getting up at 5:45 A.M. during the week (which is the hour I need to rise to exercise, get myself ready for work, and get lunches for the kids—Santa Maria usually makes breakfast, and, yes, I like to allow myself time to eat that, too), so I did not feel like making dinner when I came home from work.

I knew that it was going to be tough in the evening, so I was prepared. That morning, I had pulled some wild Alaskan salmon from the freezer, and it was defrosting in my refrigerator. And earlier that morning, I had chiffonaded some kale, for a quick and easy, kid-pleasing salad. Not wanting to do any other work in the kitchen that night, I bought a bit of fresh bread from a Le Pain Quotidien near my office. I was feeling pretty good about things when I rolled through the door at 6 p.m.

But things didn’t go exactly as planned. The salmon wasn’t fully defrosted, and the kids were cranky (having not yet adjusted themselves to being back in school), and they were protesting the notion of fresh bread. They wanted pasta. Luckily, when I gave them a piece of bread, they changed their mind. Kindness can have that effect on people.

While I waited for the salmon to finish cooking (it was taking a while, being half frozen), I couldn’t just stand there. I had to do something. So I make raita. I diced a cucumber, chopped some dill, and mixed it with a bit of yogurt and olive oil.

Combine the ingredients and enjoy. It can turn any salmon or chicken dish into something special.