Home Archives About
A.1 Crispy Tofu Super Flatbreads
A Little Raita Changes Everything 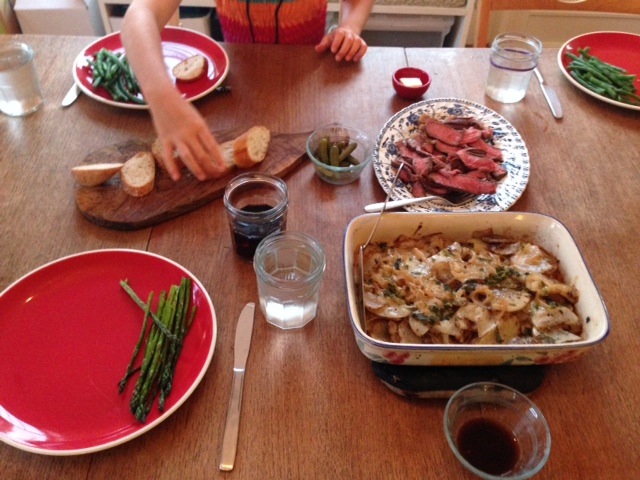 A little while ago, Santa Maria and I sat down and did something rare—watched a movie from start to finish. The film was “Her,” Spike Jonze’s 2013 drama about a guy who falls in love with his computer’s operating system. I have to say, it wasn’t my first choice of film to watch, but it’s really compelling. Joaquin Phoenix is an amazing actor, the story has a surprise twist, and when Santa Maria mentioned that the operating system’s was voiced by Scarlett Johansson, my interest in the film was piqued. I recommend it for anyone with even the slightest curiosity about relationships.

During the movie, the relationship between the lead, Theodore (played by Phoenix), and the operating system, Samantha (voiced by Johansson), evolves, and at one point she tells him that she needs to have thousands of conversational partners, at the same time. He’s a bit perplexed, obviously, and I was relieved: Santa Maria is a human, and the only demands that she puts on me are culinary.

Such as earlier that evening, when I was about to make her a special dinner. She had requested steak, and I planned on making a mushroom risotto to go with it. Just before I headed to the store that afternoon, a few hours before the meal, to buy the meat, though, she casually mentioned that she wanted a potato au gratin, or scalloped potatoes, or some such. Scratch that mushroom risotto, I thought, as I started paging through cookbooks and scrolling web pages to find a recipe.

I couldn’t really find anything worthwhile, and after a while, I decided, enough was enough. If I could wing it successfully in my marriage, I could wing it successfully in the potato au gratin department. At the store, I bought some gruyere and a few potatoes and I came home and got to work. Besides, I knew that I had something going for me in the fridge: duck fat, which is reportedly as good for potatoes as a week’s vacation is for a marriage. It’s serious stuff.

I knew I needed the potatoes to be thin, so I sliced them lengthwise and laid them flat, before cutting them in slim half-moon shapes. 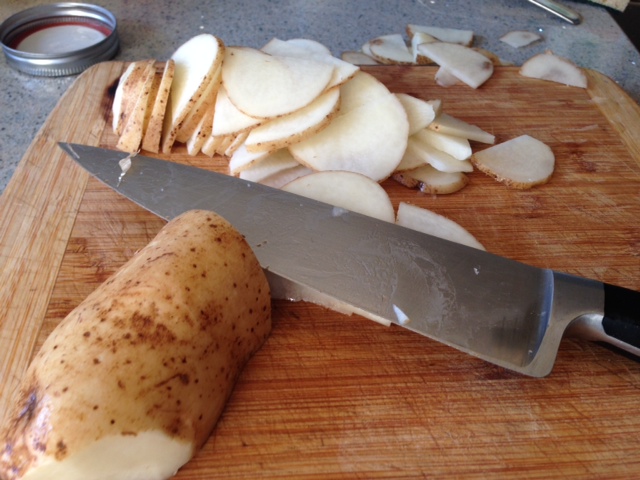 I knew I needed onions, so I cut them in half-moon slices, just for silly consistency—it keeps a marriage strong. 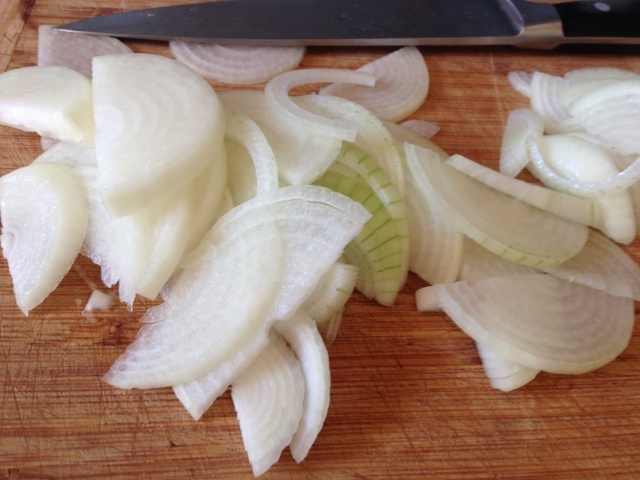 I sautéed the onions. 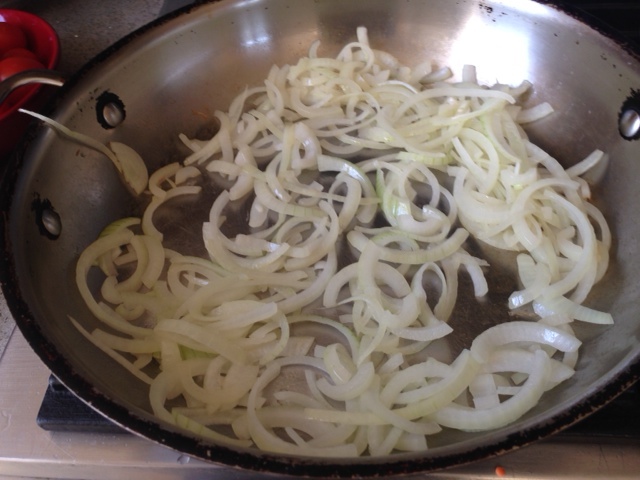 I browned the potatoes. 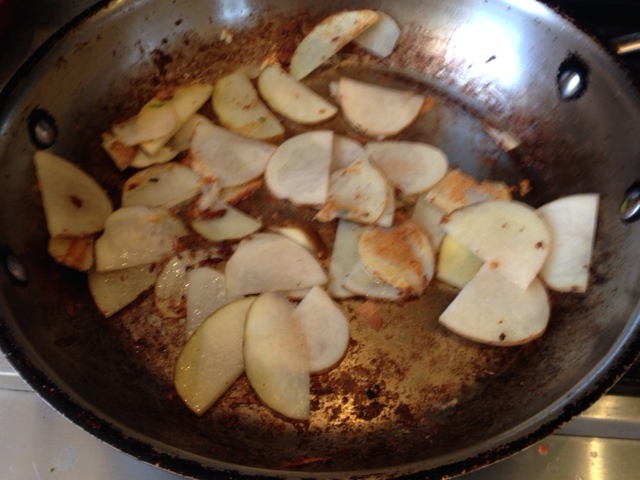 I layered them in a small baking dish; first potatoes, then onions, then grated gruyere cheese, topped with a bit of dried thyme and some fresh parsley. 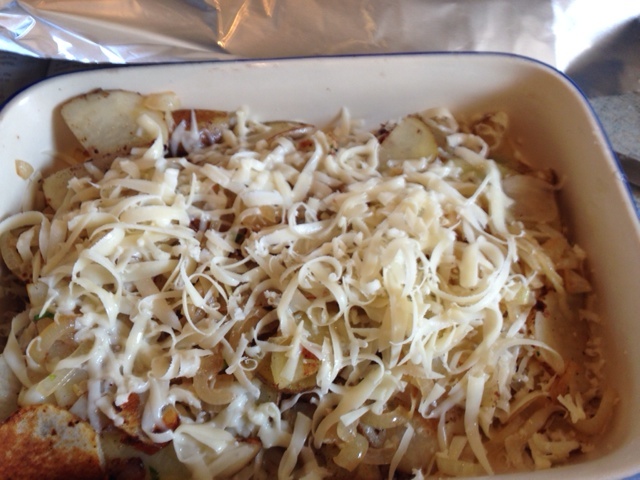 After about three layers, I was out of potatoes and onions, so I added a about a quarter cup of chicken stock and a quarter cup of white wine, before baking, covered with foil, in a pre-heated oven for about 45 minutes. 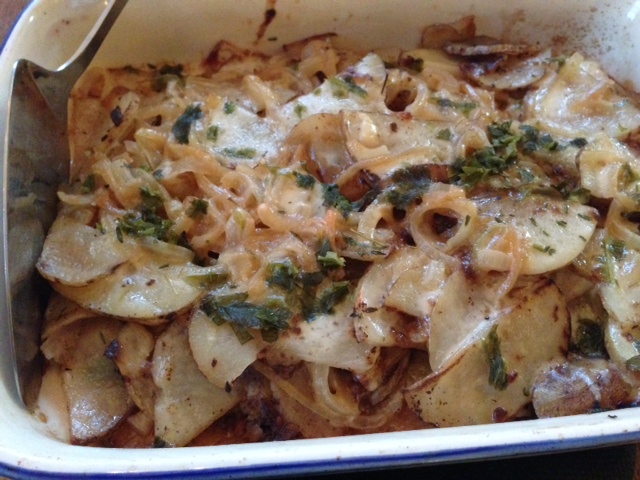 It was delicious, the intensity of the gruyere was completely balanced by the smoothness of the potatoes, just like a good relationship.

Saute the onions first, until completely soft and nearly brown.

Then do the same to the potatoes, working in batches as necessary, until they are also browned a bit.

Layer the potato, onion, cheese, a bit of thyme, and some parsley; repeat.

Pour the wine and stock over the layers of potato, cheese, and onion.

Baked covered for about 45 minutes at 350 degrees.

Note: It's fine if this sits for a while before eating. I left it for about twenty minutes after taking out of the oven. Also, if it's not exactly a potato gratin it is still extremely delicious.