Home Archives About
How To Store Basil?
Eggplant Experiments

Rhubarb Compote, Why Not? 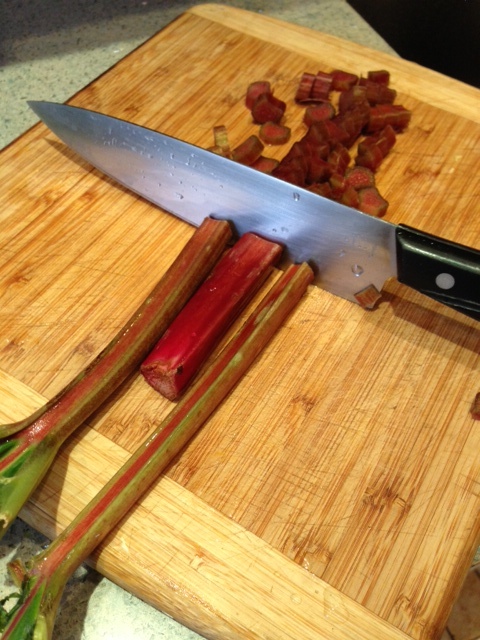 Sweets have never been a weakness of mine, but lately I’ve been addressing my character flaws. Last week, I had some friends over for dinner, and I thought to buy a key lime pie, from Steve’s, for dessert. For me, that’s progress.

This weekend, I had a hankering for meringues. As far as desserts go, I consider them to be optimal. They’re rich in protein, and not too sweet. Plus, I can make them. In the mood to experiment, I decided to make a rhubarb compote, to put over the meringues. For as Bob Dylan said, “He not busy being born is busy dying.”

I can’t say that it was the greatest dessert in the world, but a nice aspect about knowing how to make a compote is that it can go with many things. Rhubarb is fairly tart, and my compote might well have been better served if it was spooned over vanilla ice cream. Or as Santa Maria later remarked, spread on warm biscuits. It could even go as a pie filling, but that’s way beyond my ken.

Compote is easy. So easy that I didn’t even measure anything. If you feel like you need some more specific directions, check out this link and this one. That’s what I did first. Then I cut the stalks into small pieces, to speed the cooking. I started with enough water to cover the fruit. I brought it to a boil, and then simmered it all afternoon, until it was creamy. At that point, I added a spoon or two of sugar and a squeeze of lemon juice, until it tasted right to me.

Wash the stalks of rhubarb and slice it crosswise, into small pieces

Put it in a pot, with just enough water to cover it.

Bring it to a boil, and then turn down to a simmer.

Simmer until the rhubarb falls apart.

Add some sugar, until it is as sweet as you want.

Squeeze in a bit of lemon juice.

And here's how it looked all put together, garnished with a sprig of fresh basil. 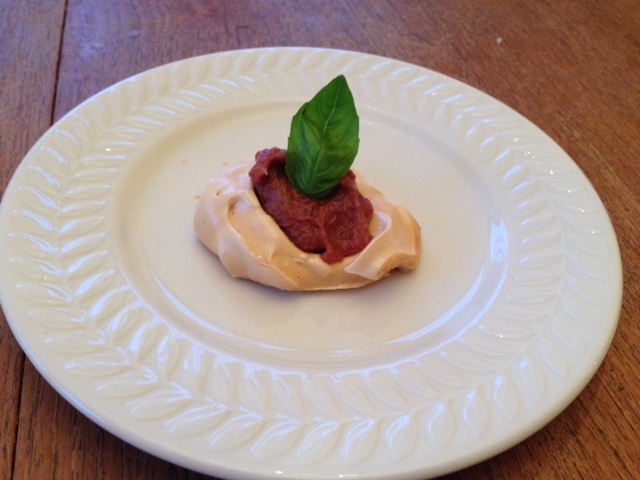