How To Store Basil? 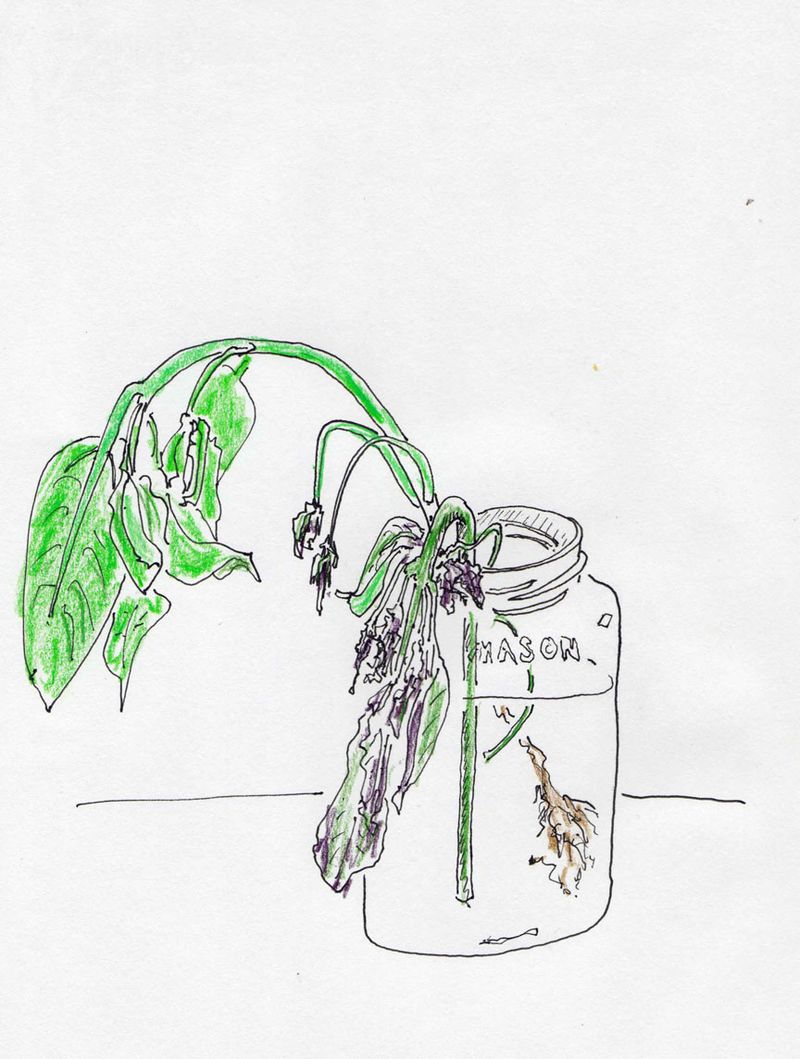 During my weekly shop on Saturday, the check-out worker at my local coop picked up the massive bouquet of basil that I was buying, and offered me a tip. “You can put the bunch in water, roots and all, and it will keep for days,” he said. Intrigued, I went home and tried it out.

First, I checked the Internet to see if he was right. According to this post on The Kitchn the method had promise. It details how to do it, and its comments section will have you believing it works.

Only, it didn’t work for me. I stuck the bunch in a pitcher of water, and it started wilting before I could put away half the groceries and have lunch. The leaves weren’t far gone, so I washed them and made pesto.

I wondered what I might have done wrong. I didn’t take off the tight rubber band the bottom of the bunch, and maybe that constricted the stems. A closer reading of The Kitchn's article revealed that I should have cut the stems, like fresh flowers.

I saved two pieces and ran an experiment.

One I cut like flowers, the other I left with the roots intact. I put the two pieces in a clean Mason jar with fresh water, and I waited. A day later, the one with the cut stem is kaput, but the one with the roots is holding on well enough. When I showed it to the kids, Nina said she could smell the basil from across the table. I think I'll try it again sometime with a full bunch. There’s something appealing about having a bunch of basil on the counter, fresh and ready to go, perfuming the air. How do you store your basil? Have you ever tried a method like this?