What's Your Secret for a Perfect Hamburger? The New York Times recently ran an article on how to make the perfect hamburger indoors, and I was stunned to learn that I’ve been doing it correctly all along. Here’s the rub, though—my burgers have been far from perfect. I could never get them cooked properly inside (they were either too raw or completely overdone), until I came up with a trick of my own.

First, though, let me go over what I’ve been doing right. According to the Times’ Sam Sifton, whose authoritative voice on food matters is never to be doubted (except once, maybe), the right way to do it is to cook the burgers on “heavy, cast-iron pans.” It has something to do with the way the fat pools and cooks the meat. My trusty cast-iron frying pan is never far from my side, so that was the easy part. I’ve always used it to cook my burgers.

The article goes on about getting your butcher to grind the beef for your burger, and I haven’t gotten that part right, yet. Still, I always use grass-fed beef from the Park Slope Food Coop, and it’s pretty good. The article talks at length about the proper ration of meat to fat—80/20—and from the looks of it, I’m doing okay on that account.

Sifton seems to be a purist about the beef patty. No flavorings or fillings for him. I differ on this, and the nice thing about cooking for one’s self is there’s no one to say otherwise. I use two things to flavor my burgers: 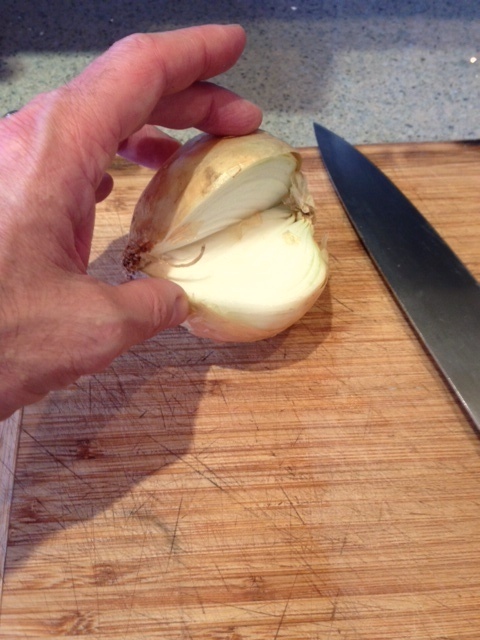 Onion, but not too much (and scallions are even better). 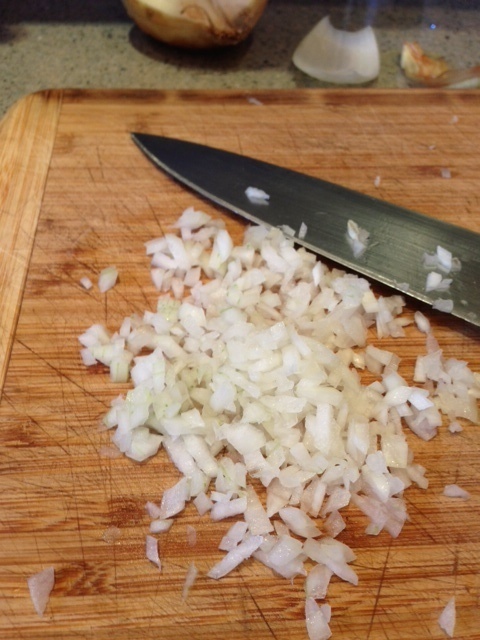 Diced, as small as possible. And again, not too much (I used about half of what’s shown here, in a pound of ground beef). 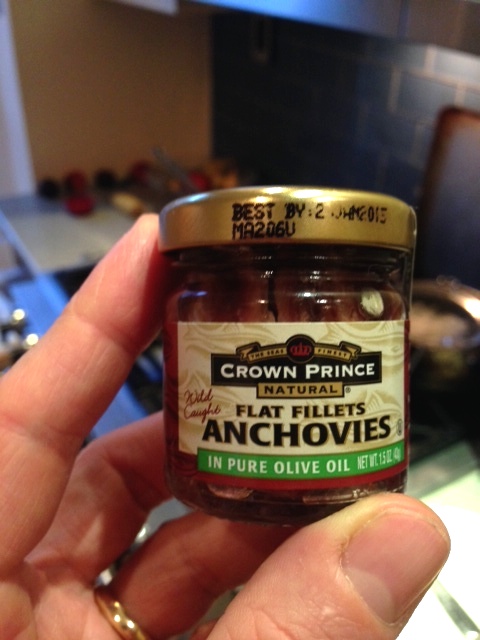 And, drum-roll please, anchovies. Yes, just one or two, chopped very finely and mixed into the meat. no one will know they are there, but they will say you make a mighty savory burger. Anchovies are salt and umami bombs.

And the way I get them cooked properly is to use an instant-read meat thermometer. I char them nicely on one side, flip them, and then cook until they are 125 degrees in the center. It takes the guess work out of it for me.

My Perfect Burgers (with apologies to The New York Times)

Combine the beef and the onions and the anchovies in a bowl, and mix with well with your hands.

Fashion the pound of beef into four or five patties.

Heat a cast-iron frying pan on a medium to high flame.

Place the burgers in the pan and flatten a bit with the back of a spoon.

Cook undisturbed for about four minutes, until the char starts to creep up the side of the burger.

Flip and cook on the other side until 125 degrees internal as measured by an instant-read thermometer.

Note: I served the burgers tonight with the Fly Sky High Kale Salad, an oldie but a goodie. The kids even like it now. That's the green in the background on the photo at top. Enjoy.