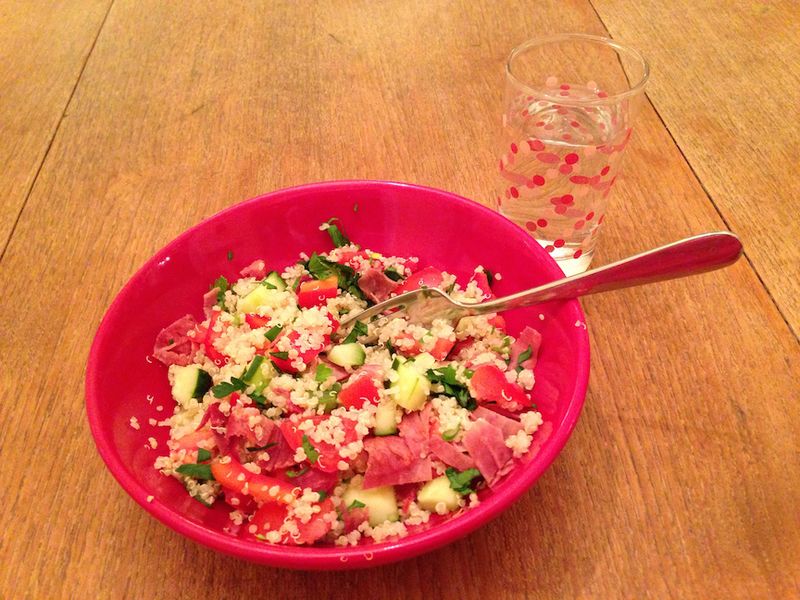 I’m too young to have heard Alice Cooper’s “School’s Out” on the radio when it became a hit, in 1972, and I’m not much of a heavy-metal fan, but know its refrain well, hailing the end of work and the start of something leisurely. My tastes lean more towards Mungo Jerry and their 1970 chart topper, “In the Summertime,” and George Gershwin’s classic “Summertime,” with its line about the living being easy.

If only things were really that way. June is as busy as any other month (maybe I don’t have to dig out the car from under a pile of snow, but I still have to move it for alternate-side-of-the-street parking), and I’m often packing lunches in the morning (for camp, instead of school), and schlepping the kids to swimming classes and other activities, along with doing the food shop and cooking. And did I mention working? There’s always that, too (and thankfully so). Yes, life’s a rich pageant (and I sometimes feel it makes as much sense as R.E.M.’s “Begin the Begin”).

In many ways, June and July is even more busy than the rest of the year, with graduation parties, beach trips, Father’s Day (okay, I’m goofing about that one—I usually get the day off), and the Fourth of July. All I’m saying is that having a good time takes time. I love entertaining and cooking for people, and with everything that’s typically going on, I have to use my time well. Whether I’m hosting a gathering or taking food to a pot luck, I want a recipe that’s quick, easy, flavorful, and filling. I make a quinoa salad, and I spice it up with a bit of ham to turn it into a dish that can work as a side dish for very large parties—replacing something like a pasta salad, to go with kabobs, say—and yet is tasty and filling enough to be a main course for a smaller gathering.

Ouinoa is a grain from South America that’s been hailed as a super food (maybe you’ve heard of it? 2013 was officially the International Year of Quinoa, according to the United Nations). The Incas reportedly considered it sacred, and it’s full of protein and other nutrients. It’s gluten-free, too. I make my salad with cucumber, tomato, red pepper, scallions, and cilantro, but the dish lends itself to experimentation. Feel free to use whatever vegetables you prefer. I have an outsized appetite, so I like mine with meat. If you’re a vegetarian, you can skip that ingredient, and still have a complete meal. June is national fruit and vegetable month, too, so if you bring this dish to a party, I’m sure people will be singing its praises (and yours).

Recently, I was invited to join the Kraft Tastemakers program, which encourages home cooking, and I’m very excited to be a part of their initiative. I write this blog to help others see how a little time in the kitchen can pay large dividends in their lives. And speaking of dividends, it’s nice to be compensated for my time here sharing recipes. This is the first of a dozen paid posts that I’ll be doing over the coming year. Thanks for coming along for the ride. The recipe for the Summer Smoked Ham and Quinoa Salad can be found over at their site, here.