Home Archives About
Summer Smoked Ham and Quinoa Salad
What's Your Secret for a Perfect Hamburger? 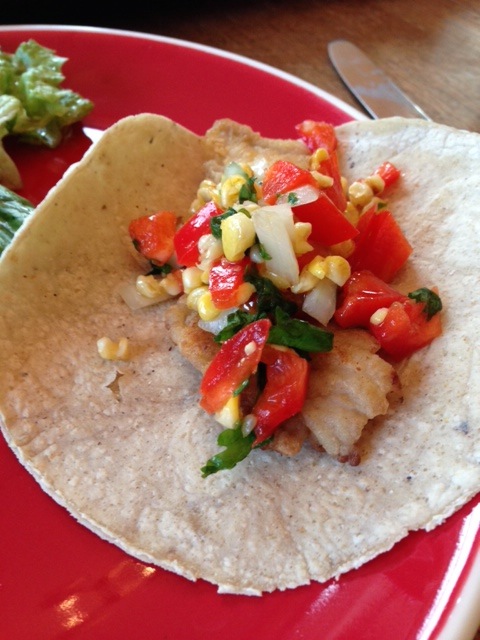 I recently came across the word “heuristic,” which, according to Merriam-Webster, can mean “an aid to learning, discovery, or problem-solving by experimental and especially trial-and-error methods” or “relating to exploratory problem-solving techniques that utilize self-educating techniques to improve performance.”

Bingo! To me, that sounds a lot like the process of learning to cook, but more importantly I see see it as a way to approach parenting, and life. We did it as kids—learning to walk by tripping, learning to ride a bike by falling off it, learning to spell by making mistakes. Somewhere between then and now, however, I forgot that way. I became timid with knowledge. I had to know the right way right away. Or else I would give up.

But it’s easy to get that sense of discovery back. I was at a Chipolte Mexican Grill the other day for lunch with my brother, and I employed a heuristic approach. It was only my second time there, and I ordered with care. The first time I ate there—by myself a few week’s previously—I had asked for a burrito saddled with all the sides. I was so stuffed by the end of it that I could barely move.

Being full is something new for me. Up until just recently, I could eat a burrito and still be hungry ten minutes later. Clearly, a change is upon me. So when I was with my brother, I ordered a taco, and instead of topping it with guacamole, I asked for corn salsa. Their corn salsa was delicious, and thought “I could make that at home.”

It took some experimentation. I wanted a smoky, charred corn flavor, but I don’t have a grill. I considered using the gas broiler in my oven, but Santa Maria was concerned that I’d start a fire. So I did what any sensible man would do—I Googled it. Turns out, it’s plenty easy to broil corn in one’s kitchen. Not only do you get a sweet and smoky flavor, you get an added benefit—Even not-so-ideal supermarket corn can be redeemed.

To test my idea, I did it with one ear, which wasn’t winning any awards. It started like this: 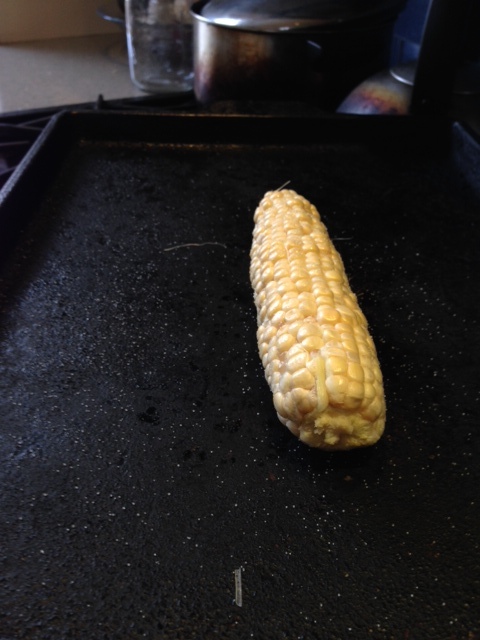 And after about doing it under the broiler for about four minutes a side and rotating it three or four times (about fifteen minutes total), it looked like this: 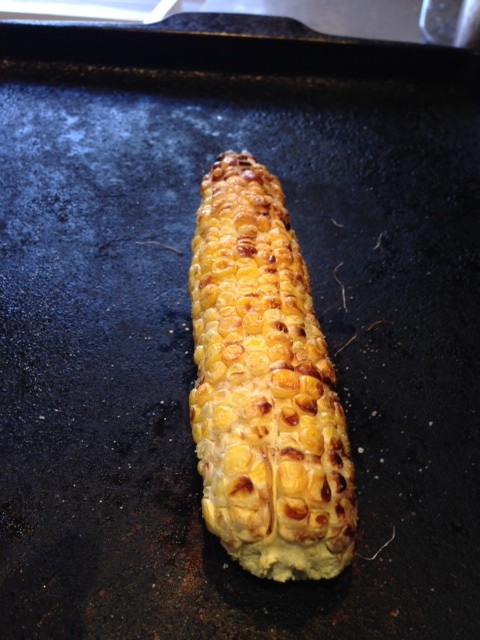 After it cooled a few minutes, I stripped the kernels off. I diced a bit of red pepper, onion, and cilantro and combined it with the corn. After I dressed it with lime juice, salt, and olive oil,  I served it with my fish tacos. An easy lesson in how to live.

Shuck the corn and coat it with a bit of olive oil and salt. Just run it through your hands and spread a drop or two of oil around. Then salt it. Then arrange the ears on a hotel pan or other tray that can go in the oven.

Put it under the broiler, about six or so inches away, and roast it, about four minutes a side, until the kernels start to char. Rotate the ears with tongs until chared on all sides, about fifteen to twenty minutes, total.

Let the ears cool while chopping the other ingredients, then strip the kernels off and combine everything.