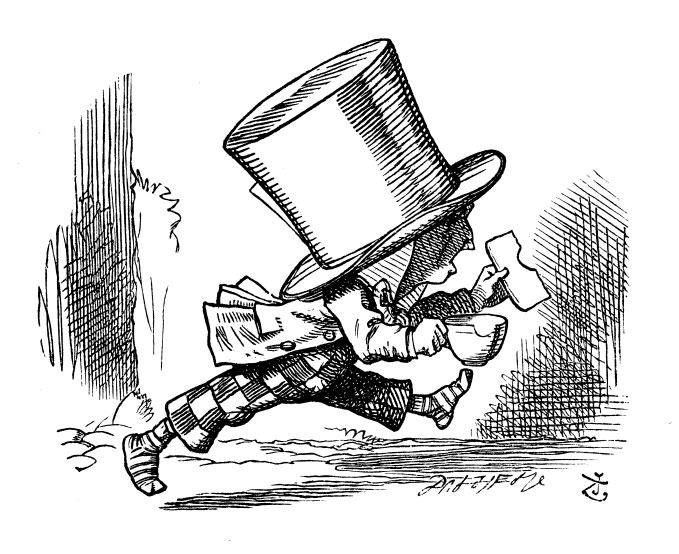 I’m on my way back from my first trip to BlogHer Food, and I feel a bit like Alice after going down the rabbit hole. It was a mad-hatted tea-party of blogging tips, brand representatives, and cocktail parties. I connected with many fine and passionate folks and I’ll have more thoughts on food blogging in a later post. In the meantime, I want to call everyone’s attention to article in today's New York Times, “Always Hungry? Here’s Why.”

As someone who is often hungry, the title seized me immediately. I learned that caloric restriction may not be having the effect on our bodies that we thought (although the notion that dieting doesn’t work isn’t really news, of course). It may be, however, that the failure has less to do with portion control or willpower and more to do with what we are eating.

As it turns out, many biological factors affect the storage of calories in fat cells, including genetics, levels of physical activity, sleep and stress. But one has an indisputably dominant role: the hormone insulin. We know that excess insulin treatment for diabetes causes weight gain, and insulin deficiency causes weight loss. And of everything we eat, highly refined and rapidly digestible carbohydrates produce the most insulin.

During a conference panel with Christy Denny, of The Girl Who Ate Everything, Julie Deily, of The Little Kitchen, and Amanda Rettke, of I Am Baker, the overhead screen displayed three of their most popular images on Pinterest: savory ham and cheese sliders, a spectacular cake, and an enticing sandwich. One of the panelists observed that all three dishes involved carbohydrates. “People might not like to eat carbs, but they sure like to look at them,” she said. The appeal of home baked goods is universal, but dishes like these aren't the problem. It’s something else:

One reason we consume so many refined carbohydrates today is because they have been added to processed foods in place of fats — which have been the main target of calorie reduction efforts since the 1970s. Fat has about twice the calories of carbohydrates, but low-fat diets are the least effective of comparable interventions, according to several analyses, including one presented at a meeting of the American Heart Association this year.

Personally, I’ve never had a problem with with weight, but I have had problems with always feeling hungry. I usually get plenty of protein and other healthy calories, but I’ve learned that to feel full I need to add fat to my diet. So I make sure I have avocado slices with my lunch, a few olives, or a small bag of potato chips. Otherwise I don’t feel satisfied, no matter how much I eat. I post this here to encourage all of us to think carefully about what we eat and how it makes us feel. And then study it some more:

If this hypothesis turns out to be correct, it will have immediate implications for public health. It would mean that the decades-long focus on calorie restriction was destined to fail for most people. Information about calorie content would remain relevant, not as a strategy for weight loss, but rather to help people avoid eating too much highly processed food loaded with rapidly digesting carbohydrates.

What have you noticed about your diet and its effect on your hunger level? Have you ever thought of adding fat to your diet to stay a healthy weight?