What's Margarine Doing in My Refrigerator? A Vegan Cupcake Recipe 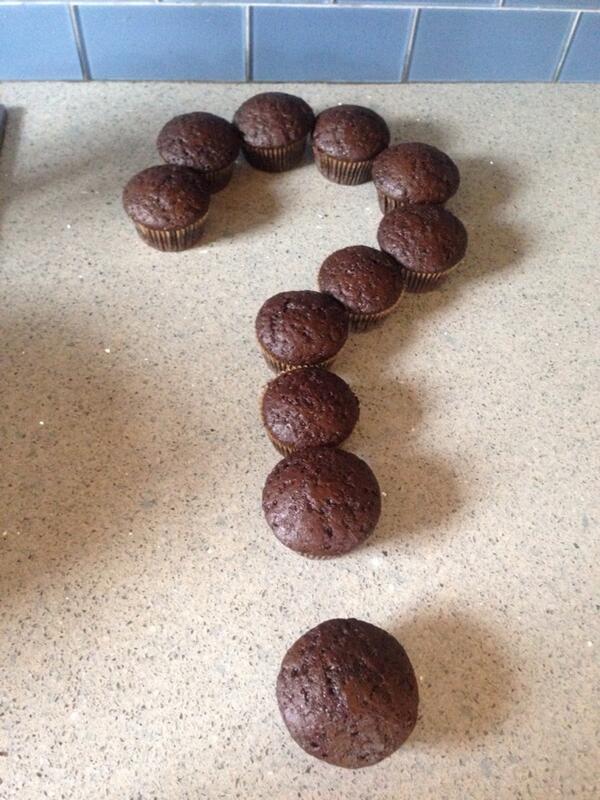 When I was very young, I saved up my money and bought a blue ten-speed Fuji bicycle. I polished the chrome it every weekend, and I kept it as shiny as the day I bought it. When I was a little older, I ArmorAll-ed the vinyl of of a 1973 Ram-Air Pontiac Firebird Formula 400 so it looked like new. As a parent, I wipe clean the shelves of a Jenn-Air refrigerator, for that’s what I take pride in these days.

The things that powered the ten-speed (an adolescent me) and what was under the hood of the Pontiac (a thousand raging horses) were thrilling, but my refrigerator runs on something less mystifying, Con Edison. However, what’s inside it can often be exciting, and confusing. I just came back from a trip away, and I found margarine in it.

Since when did we start eating that? And isn’t it bad for you? What is margarine, anyway?

I found an easy answer to the first question: Santa Maria bought it to make vegan cupcakes for a nephew who has food allergies. The other two questions, I couldn’t answer right away. So I looked a few things up.

It turns out that margarine is not necessarily bad for you. It depends on what you need, and who you ask. The Mayo Clinic says it’s better than butter if you need to protect your heart, but it’s important to make sure there are no trans fats, which are usually found in stick margarines. “Opt for soft or liquid margarine instead,” it says. A website called Wellness Mama, however, says it’s to be avoided. Margarines are made from vegetable oils, and those are worse than leaded gasoline, according to Wellness Mama. I’m not sure who to believe, but if someone is allergic to dairy, than there’s little choice.

As for what margarine is, that’s a long story. Created as a butter substitute, it used to be made from beef tallow, and is now typically made from vegetable oils. Some people consider it closer in its chemical composition to plastic than to food, but you can find all sorts of folks on the Internet.

My chief concern with margarine these days is that there’s a tub of it taking up space in my refrigerator, and I’d like to see it gone. So I was delighted the other night when Santa Maria offered make dessert for a picnic we were going to. She emailed the group that she would be bringing vegan cupcakes, and I could see the eyes rolling at the mention of that word, vegan.

But everyone should have had more faith in Santa Maria. She doesn’t mess around when it comes to baking. Her vegan cupcakes, are excellent. She pulled the recipe off the Internet somewhere, but she’s since forgotten. She tweaked it enough, though, to call it her own, and she’s sharing it here. And if you need any margarine, I have some to spare. And I need to clean up my refrigerator.

Pour into a cupcake pan with 12 cupcake liners

Bake for thirty minutes, or until done.

Mix 1/5 cup Canola spread/margarine, 1/2 tsp vanilla, 1 1/4 cup powdered sugar. (If, like us, you aren’t actually vegan and you do have butter on hand, you can use softened butter for the frosting.)