Home Archives About
What Are the Benefits of Generosity? A Reminder to Check Your Frequent-Flyer Program.
Tomatoes and the Meaning of Life 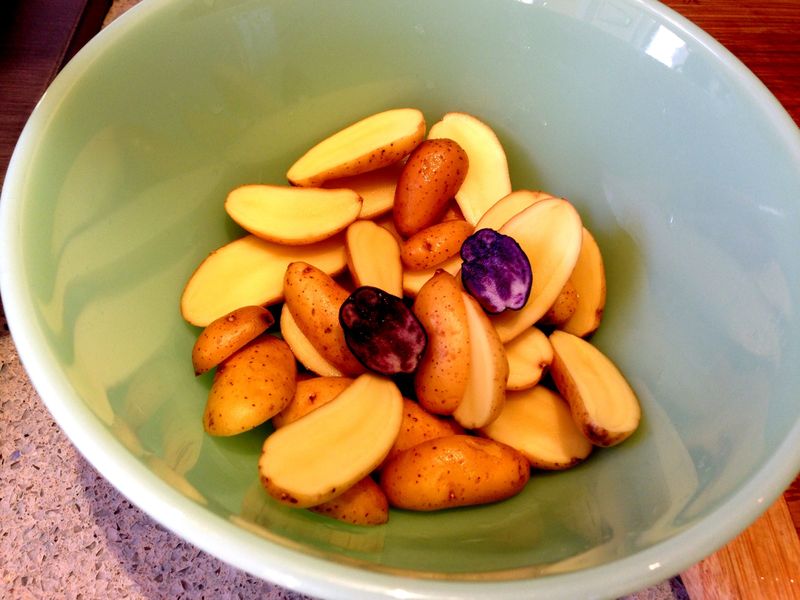 With apologies to Gertrude Stein, I wanted to dash off a short note on the simple beauty of roasted fingerling potatoes. When I was a boy, we had baked potatoes every other day, and I was forever mesmerized by my mother’s occasional observation that one might have been “a good baked potato.” What was a “good baked potato?” I wondered. “Didn’t they all taste the same?” I took potatoes for granted and they’ve long been an unassuming staple. But sometimes, they surprise me, and fulfill me more than I might have imagined.

While I was doing the weekly food shop on Saturday, visions of mushroom risotto danced on my tongue, but something in my head told me that I’d be too tired, too busy, and otherwise too preoccupied with domestic and professional responsibilities to stand over the stove stirring risotto. Of course, I still picked up the mushrooms, for like love and fire ants, the hope for culinary bliss is not something easily dispensed with. But I also grabbed a handful of sprightly fingerling potatoes, just in case.

Sure enough, when I got home that evening, there were a hundred and thirty one things that had to be done that did not involve dinner, to say nothing of mushroom risotto. That would have to wait. Instead, I sliced the fingerling potatoes lengthwise, salted them a bit, dressed them with olive oil, and roasted them at 350 for about a half hour. I made sure the pan was not crowded, and they crisped up along the edges nicely, and became creamy and delicious inside. I finished them with a bit of freshly chopped parsley, and they were so good I forgot to photograph the finished dish.

As for the mushrooms, I sautéed those quickly and served them as a side, too, to go with the sirloin steak and asparagus that I was serving. I grabbed a quick shot of a half-set table and the full meal, before it vanished. Something like this doesn’t sit around long. Note the bowl of roasted fingerling potatoes, third from the bottom, again taken for granted. 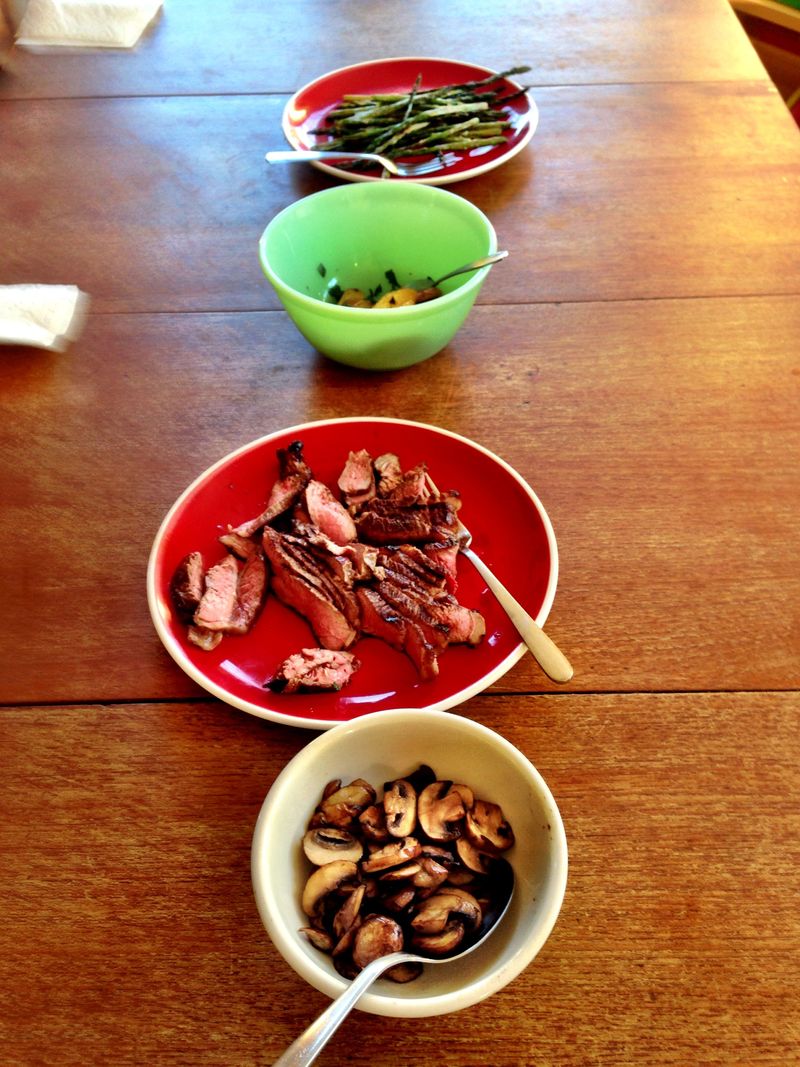