Home Archives About
How Is an Egg Poached in Olive Oil like a Good Marriage?
Friday Kitchen Haiku: The Dinner Is Late

Why I Only Eat in Fancy Restaurants 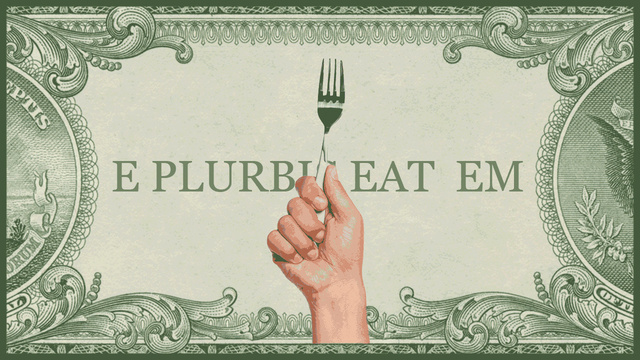 With one broad exception, I don’t eat out unless the meal is expensive. White tablecloths aren’t necessary, but there better be aged steak served by seasoned waiters. Wallet-crushing, geometrically confusing and gastronomically rewarding grid-like menus are welcome. An auteur-chef will always do the trick, so long as his tricks take a bank-loan to experience. And I once spent more than a month’s rent on dinner at Per Se, to celebrate my wife’s birthday, but that hardly puts me in high-spender territory. Consider Jim Harrison, who years ago departed Montana for lunch in Burgundy, France, where his thirty-seven course meal at Marc Meneau’s L’Esperance restaurant “likely cost as much as a new Volvo station wagon,” (as he told The New Yorker; subscription required).

I skip cheap restaurants because I know how to cook for myself. I’m not saying that I’m as good a cook as most chefs (hardly) but I have a secret ingredient that they all lack—I know my tastes and I therefore can cook things the way I like them. On my budget, if I’m eating at a restaurant I can afford, I’m really just paying for the washing of the dishes. And I have a dishwasher, so I prefer to save up for something that really blows my taste buds.

Knowing my own tastes makes all the difference in the world. I don’t like a lot of salt and fat, and most mid-priced restaurants need to ladle those on heavily to deliver on their promise of flavor. Imagine going out to eat and not having that salad dance on your tongue. It would be like going to a concert and not being able to here the band. So restaurants increase the salt and the fat and the sugar. Thing is, I don’t like loud music, and I don’t like sugar in my dressing.

I spent my college days flipping pizzas in the student center and I later worked as a short-order cook, which means I’ve been behind the counter and seen behind the curtain. There’s one thing about mid-priced establishments that gets on my nerves. Many, if not most, are supplied by the same company, Sysco. I came to realize this during my manual-labor days, opening boxes of their oil, and bags of their French fries. Whenever I eat out, I’m unable to stop thinking about that giant restaurant supply company.

Only recently, did I come to realize how big a grip Sysco has on the business. According to a 2007 Slate column by Urlich Boser, Sysco “serves nearly 400,000 American eating establishments, from fast-food joints like Wendy’s, to five-star eating establishments like Robert Redford’s Tree Room Restaurant, to mom-and-pop diners like the Chatterbox Drive-In, to ethnic restaurants like Meskerem Ethiopian restaurant.” I knew it was involved in the business, but I had no idea.

If Sysco is supplying high-end places, why don’t I mind? For a couple of reasons: First, some of the places I might prefer, such as Peter Luger, aren’t getting their signature dishes from the supplier. Secondly, at the kind of fancy places I like, I’m paying to see what a chef can do with a given ingredient; maybe Wylie Dufresne is freezing and then deconstructing an ingredient from Sysco, but whatever he’s doing with it, I doubt it’s what they intended for it. Finally, it often depends on how the Sysco offerings are deployed.  As Boser writes, “many quality restaurants, like Tree Room, use Sysco responsibly—shying away from pre-made items they can disguise as their own. Bardia Ferdowski of Bardia’s New Orleans Café in Washington, D.C., purchases only raw and unprocessed Sysco products such as flour, potatoes, and beef, and receives frequent deliveries so that ingredients are as fresh as possible.”

So unless I can’t afford it, I’m unlikely to eat out. The only exception I have to this rule, is for foods from abroad. I might know how to roast a leg of lamb, but Vindaloo? Fuggedaboutit.

(By the way, I was recently  invited to do a guest post for Food Riot, a great website whose motto is "Play With Your Food." This post originally appeared there. Furthermore, the above image is via this posting about saving money on your food bill, from Lifehacker. )