How Is an Egg Poached in Olive Oil like a Good Marriage? 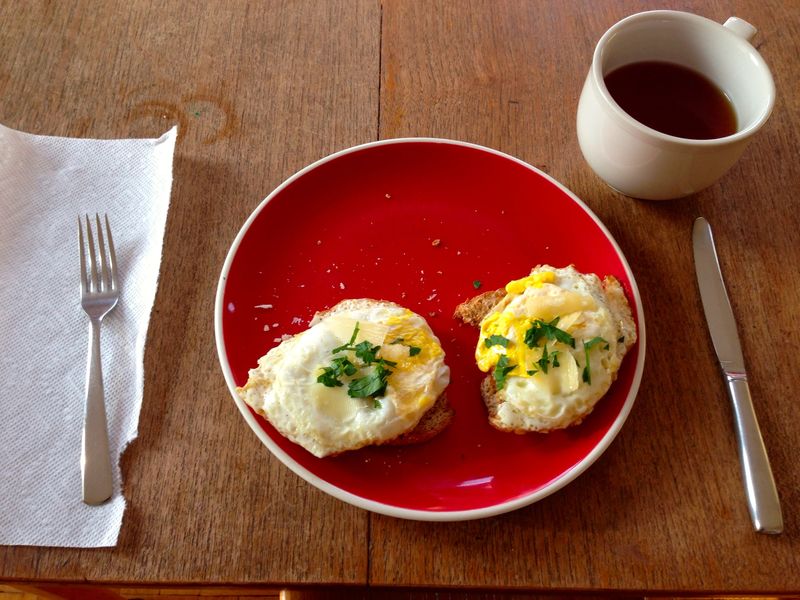 If a poached egg is is like being engaged, then an egg poached in olive oil is like being married—a bit more effort, but infinitely richer and more rewarding. I was first introduced to the idea of an olive-oil poached egg a few years ago, when I interviewed Tamar E. Adler, the author of “An Everlasting Meal: Cooking with Economy and Grace,” but much in the same way it took me some thirty years to get married, I only recently tried poaching an egg in olive oil.

I don’t really know how to describe how good an egg poached in olive oil tastes. It’s like asking me to tell you what’s great about my marriage. You’ll probably lose your appetite before I can get to the second sentence. Just trust me, and try it. If you don’t like it, it’s not as if you’ll have to pay for a divorce. We’re talking about a relatively small commitment here.

One thing that did hold me back a bit was the relatively large amount of oil that’s needed. I didn’t want to waste it, but as I recently learned, you can save the oil after you are done with it, and use it for cooking over the next few days. Like in a marriage, a little information can solve a lot of problems (and I won’t charge $150 an hour for that advice).

Santa Maria wasn’t interested an olive-oil poached egg, and my kids didn’t care for one either. Still, I made the egg for myself the other day—taking care of one’s self is important in a marriage, for how can you take care of another, if you haven’t cared for yourself? I wanted a break from my standard daily-cooking fare, and I also wanted a taste of simple luxury. A quarter cup of olive oil on an egg provided that with ease. 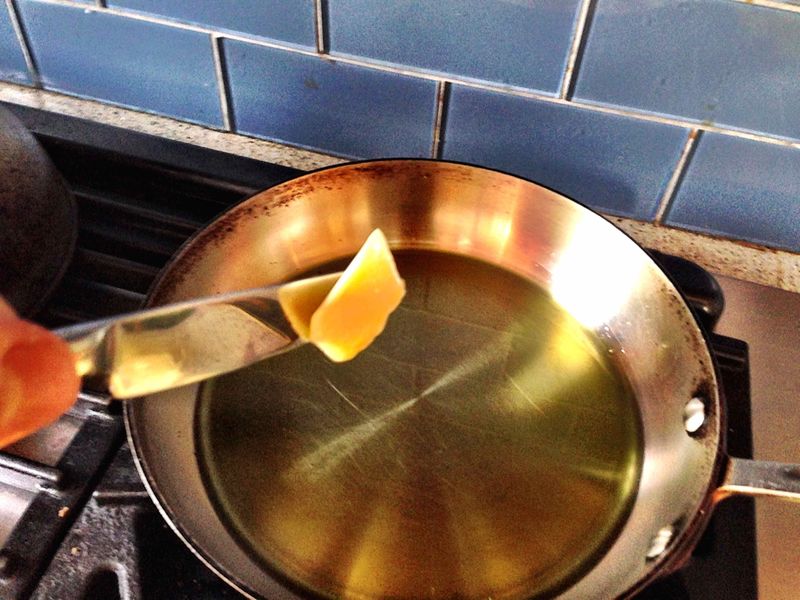 I started with a pan full of oil, and added a touch of butter for some more luxury. The more traditional recipes for olive-oil poached eggs use garlic, peppers, bay leaves, and other ingredients to flavor the oil. Seamus Mullen, the New York City chef, has posted a nifty video that shows just how to enhance your experience with poaching in olive oil. He also has a good tip about getting the oil to the right temperature—keep the heat low, and get it to a point where you can stick your thumb in it for a moment without burning it which somehow sounds a bit like marriage to me, but I’ll skip that. 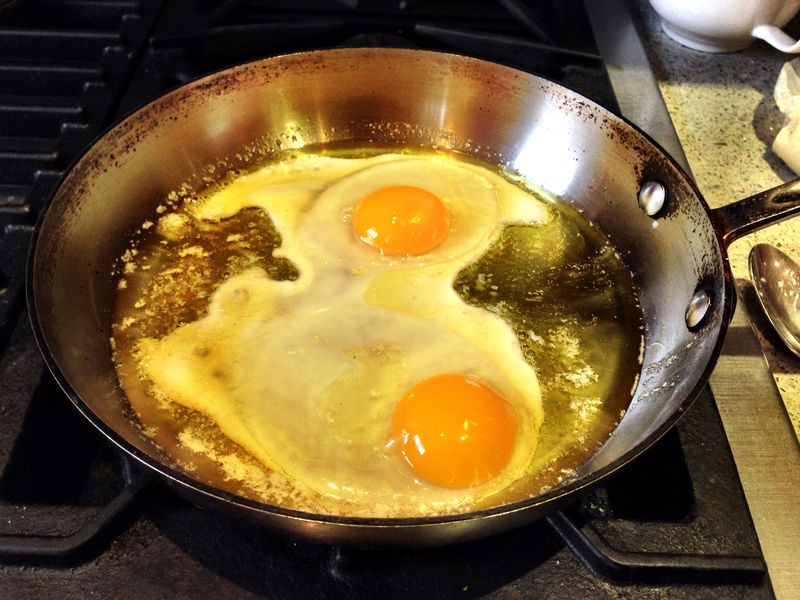 Most recipes for poaching an egg in olive oil show instructions for a soft yoke yolk. One of the advantages of this way of cooking is that the edges of the egg take on the characteristics of a fried egg, but the yolk comes off more as poached. Many people like it this way. I, on the other hand, like my yoke yolk cooked all the way through. This is a good example of why one should learn to cook for him or herself—you can make the food the way you want it. I encourage you to play around—not with your marriage, but in the kitchen. Therefore, I flipped my eggs and cooked them all the way through. This is not traditional, but it’s what I wanted.

I served my eggs on toast, dressed with slices of Parmesan, a garnish of fresh parsley, and a dash or two of Tabasco. But eggs poached in olive oil are extremely versatile, and are good for far more than breakfast. They make for a nice salad with chicory and speck (as Samin Nosrat shows on Food52.com); they go over flatbreads (as Oh Joy! does, with chicken mole), and Tamar E. Adler puts hers over pasta. Like a good marriage, an egg poached in olive oil will take you all kinds of wonderful places.

Heat the olive oil in a small pan until you can hold your thumb in the oil for just a moment, without burning it.

Slide the egg into the oil, using a spoon to ladle the hot oil over the yolk.

Cook as you like it, and serve over toast as mentioned above.