What Are the Benefits of Generosity? A Reminder to Check Your Frequent-Flyer Program. 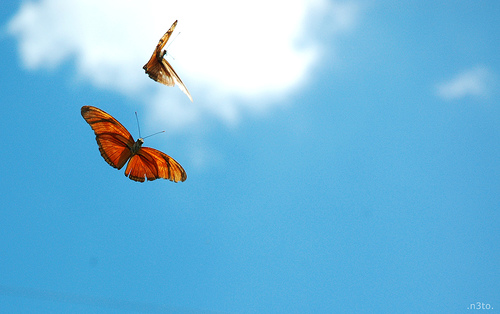 This post is a reminder to check your frequent-flyer program today. Consider it a public service announcement, amid all my posts about cooking. I recently lost 135,000 miles with American Airlines, and then was able to get them back, simply because of a small act of generosity four months ago. I’m using the miles to cross the country to spend time with an old friend who has fallen ill. I feel very fortunate that I will be able to take the trip, and because I got my miles back—after almost having lost all of them because of inactivity on the account—I want to help others avoid this situation. So check your program today—there may be a small thing you can do to keep it active.

I had accumulated the miles long before I became a parent, by using a credit card linked to American’s frequent-flyer program. I thought someday I might take a big trip somewhere, but all I really ended up doing was visiting the hospital for two births, and then making repeated trips to the grocery store. Paris, Rome, and Bangkok, it seems, would have to wait. Because I wasn’t traveling, I switched to a cash-back card, and put those miles on hold. All I needed to do to keep them from moldering into non-existence was have some kind of activity on the account each 18 months. That sounded easy enough (and once, I gave miles away to veterans, a great service, to keep the balance active) but over the past year and a half, I somehow was distracted (ha!), and lost the miles. They expired March 9.

It was only when my friend called, on March 16, to invite me to Los Angeles, that I made this discovery. Had he called just a few days earlier, I would have had access to them. I couldn’t believe it. The American-Airlines representative was sympathetic, and she pointed out that if I had purchased something from an affiliated partner in the months before the deadline, I might be able to get the miles back.

In December Santa Maria and I sent my mother flowers for her birthday. We used 1-800-Flowers, which, as it turned out, is a partner of American Airlines’s program. I called them up right away, and Diane, in their consumer-service department was extremely helpful. She riffled through her records, found the transaction, and posted the activity to my frequent-flyer account. Just this week, the miles re-appeared in my American account, and I secured tickets to Los Angeles and back.

What happened for me illustrates the untold power and benefits of being generous, in other words, it’s an example of the far-reaching effects of karma. The way I understand karma is this: we don’t know the full extent of our actions, so it’s best to be kind and generous in our actions and accepting of the results, no matter what. If a hurricane starts, as they say, with a butterfly flapping its wings over the Sahara, who knows what might become of what we do. Santa Maria’s generosity—she’s the one who actually ordered the flowers for my mother (full disclosure)—saved the day.

I’m very happy to be seeing my old friend. Spending time with those we care about is hard at times, because we get so very busy with domestic, professional, and other responsibilities, but it is paramount in its importance. You don’t have to cross the country to be generous, of course: just cook them a meal. I know a blog where you can get a few good recipes, ahem… And in the meantime, check your frequent-flyer program to make sure you’re not about to lose out on anything valuable.