Home Archives About
Holy Guacamole! Kids Save Me in the Kitchen
How to Properly Test the Temperature of a Roast Chicken

Before Midnight and the Value of a New Pizza Sauce 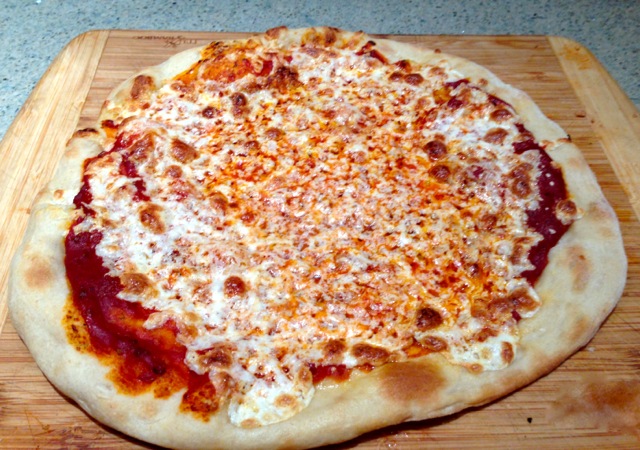 Over the weekend, we watched "Before Midnight," and if you ever want to see a dastardly accurate account of how a couple with kids is prone to fighting, stick with that movie until its end. The hurt, angry, and helpless self-involvement of the partners is breathtaking, not that I really know anything about anything like that.

Near its conclusion, one line resonated with me, from the man, Jesse, played by Ethan Hawke. Pleading with Celine (Julie Delpy) for her love, he starts talking about himself in the third person. “God knows he has many problems and has struggled his whole life connecting and being present, even with those he loves the most. And for that he is deeply sorry. But you are his only hope,” he says. I won’t ruin the ending by saying anything more than that it looks like there’ll be yet another sequel. I will however, offer you hope, and a solution for connecting with the ones you love: pizza.

Or more accurately, cooking. Put some food on the table and share it with those you care about, and you’ll be one mouthful closer to connecting with them. Besides, I find that when I’m chewing, I’m not liable to say something insulting. It’s a win, win.

Pizza came to my mind today when I was doing my weekly cooking. I was making a tagine (to eat later in the week), and I’ve found that the tomato juice I have leftover from that recipe is perfect for pizza sauce. I put the tomato juice in a bag and freeze it for future use. It’s a way making a better sauce and saving money. Pizza is a very cost-effective meal, and you can, with a little practice, make it at home for a fraction of what it costs to eat out. The key with pizza is the same as it is with love: don’t let the effort show, and give, give, give. This can take some practice. I’ve learned the hard way that it’s better to make pizza in a simple fashion than in a fancy way.

But I encourage yourself to decide what is best. For despite my successes with simple pizzas made from pizza-shop bought dough and sauce out of a jar, I’ve recently decided to play around with making the dough and a sauce from scratch. I’ve been making the pies better with each attempt, and I now have a simple pizza sauce that works very well. In a future post, I’ll write about making the dough from scratch. It’s very easy. For now, I’ll leave you with the recipe for the sauce. Save it away somewhere, and think of it as first step in connecting with those you love.

Mix the ingredients together and let them sit. Use to make pizza, like this (substitute this sauce for the marinara sauce—you’ll be glad you did.)