Home Archives About
2014, and 'Ove is in the Air: A Guest Post
Clearing a Few things Up about Chili Weather

How is a Standing Rib Roast like Stone Soup?

This morning, at a family meditation class that we routinely attend, the day’s lesson was about giving, and the instructor read the children’s classic “Stone Soup.” The version she chose was by Jon J. Muth, and it transposed the old folk tale from Europe to Asia, and changed the main characters from soldiers to Buddhist monks.

In his telling, the villagers start out fearful and estranged from each other, but by the time the soup is done, they light lanterns and have a big celebration. It’s the first time they’ve gathered in such away in a long, long time, and the soup brings them together. They are happy to share the meal.

That they’ve been tricked into sharing all their food and, by extension, into being happy is not discussed, but I think this might be the point. Sometimes, what we think we know to be certain is quite wrong, and if we can just get out of our own ways, out of our own old habits, happiness might just be ours for the taking.

The story made me think of Christmas dinner, the last big gathering that I hosted among my extended family. We didn’t have stone soup, we had a standing rib roast. I had fifteen mouths to feed, and I went a bit overboard. We had all just gathered for Thanksgiving at my brother’s house, and his turkey was one for the ages. Actually, he made two turkeys, because he was hosting twenty-three folks, and both those birds were for the record book. So I wanted to make something else.

A standing rib roast is an ideal (if slightly lavish) way to feed a large group. The cooking is largely unattended, and when done properly, the cut yeilds both rare and well-done pieces, sure to please every member of your party. It's also fairly foolproof, if you have an instant-read thermometer.

My local butcher sold me an eleven-pound, prime cut, with four ribs. It ended up being too much food. Next time, an eight to ten pound piece will suffice.

Because some family members are allergic to flour and others to butter, I didn’t dress the meat up the way I had read about in various recipes. I simply salted it heavily, and tucked some fresh thyme into the space between the bones and the main piece of meat. 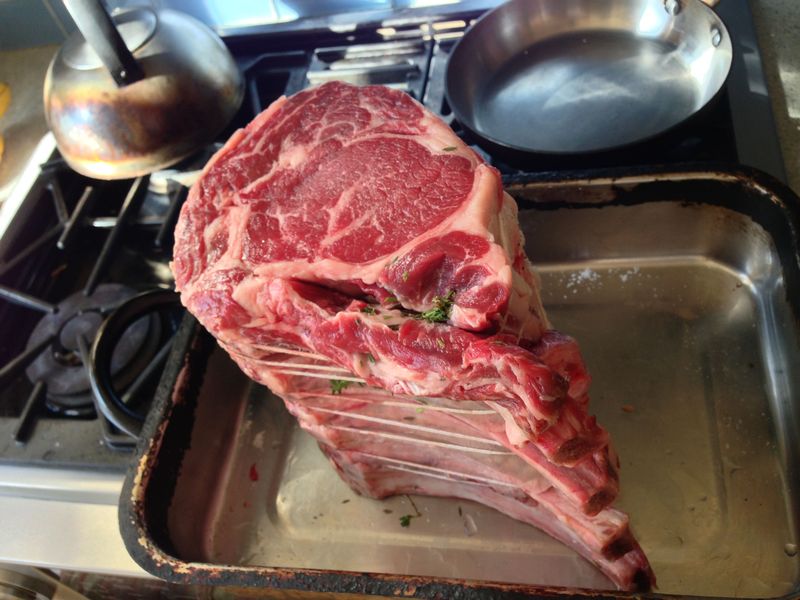 I preheated the oven to 450 degrees, and stood the meat on its ribs in a roasting pan. 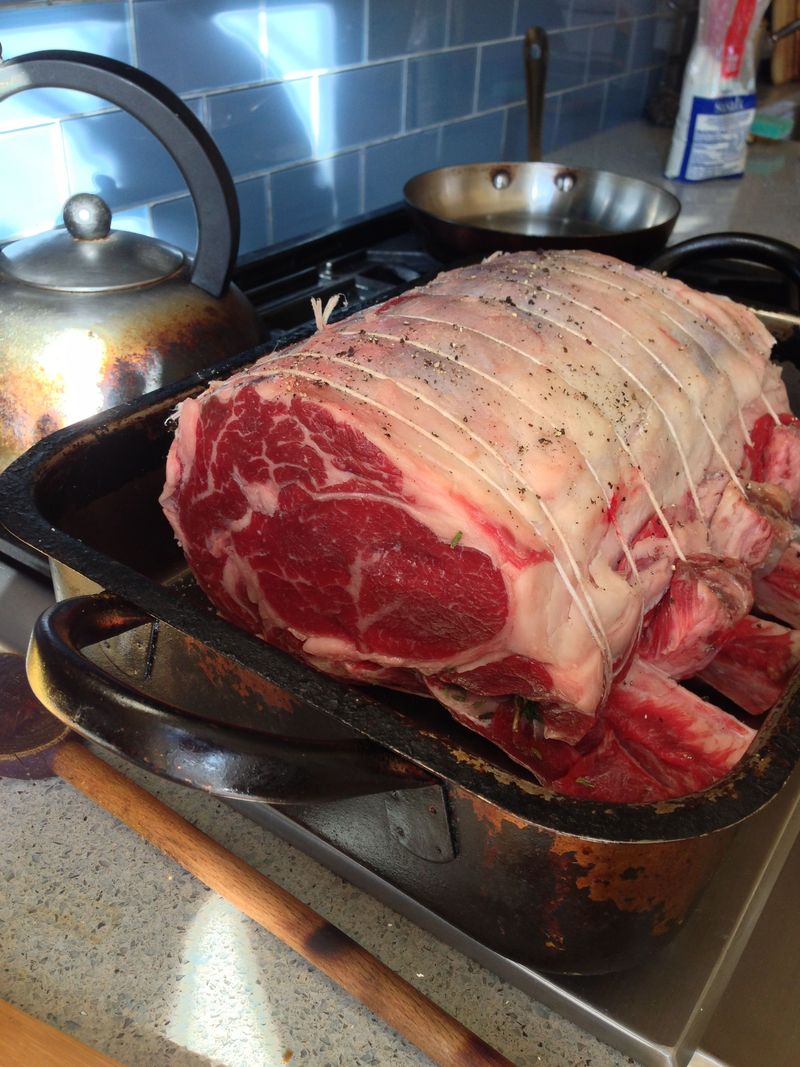 And then down to 300 for the rest of the time—about three hours total.

The way I knew to stop was when it registered 125 degrees in a number of spots in the very center of the cut.
The meat had cooked faster than I expected, so it ended up sitting for more than a half hour, but that was fine. I just tented it with foil, and got on with the party.

Here’s how it looked when before I carved it. 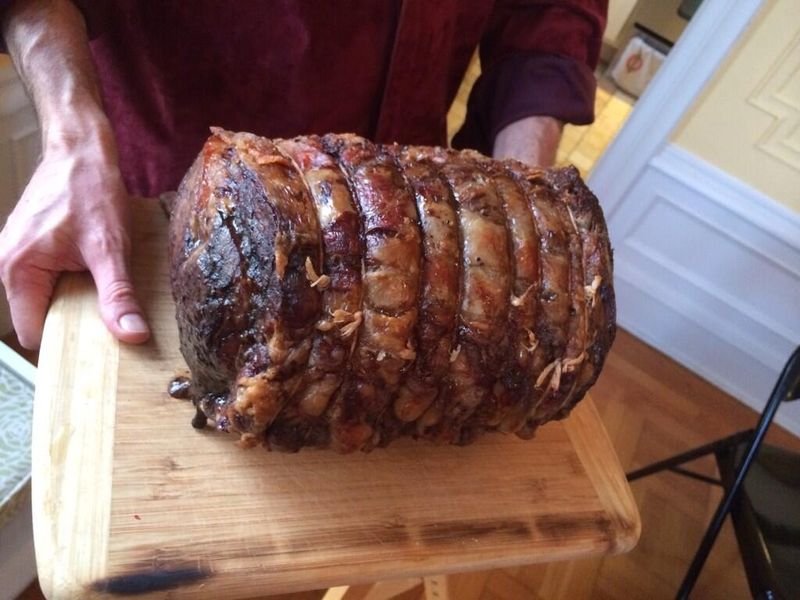