Home Archives About
OptiGrill Review: No Push-Button Future for Me
Be a Good-Enough Cook: Sage-Rubbed Pork Chops 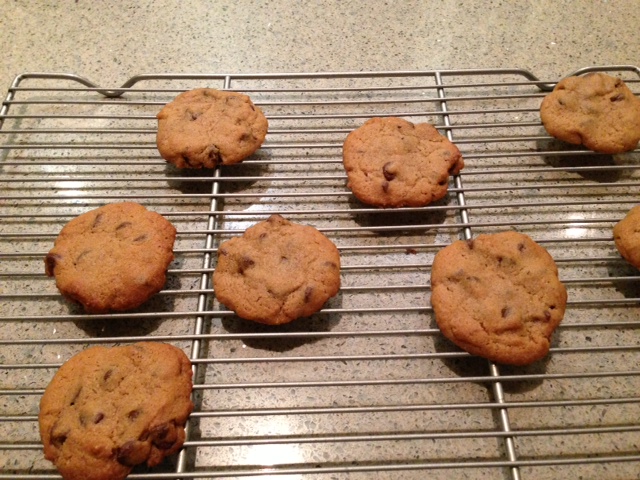 364 days a year, I’m an abstemious cook. I have a friend who will use more olive oil in one dish than I’ll use in a day of cooking. I routinely cut the amount of sugar in my pancake recipe by a third. Salt is something my wife is always reaching for, but I’ll just use to throw over my shoulder. Thanksgiving, however, I go all in, all out, and, ocassionally, out of my mind (but that's a tale for another time, perhaps a fifty-minute hour).

My brother hosted this year, and each of the guests brought a dish or two. I made Melissa Clark’s stuffing with mushrooms and bacon, and I let the bacon fat ride in the pan, per her instructions. I threw the full teaspoon of salt into the pan, and boom—it tasted like restaurant food! And if you are gluten-intolerant, know that I substituted in gluten-free bread and the stuffing was fantastic; that’s the magic of bacon fat. (I also made Sam Sifton’s Three-Pepper Cornbread stuffing, from his excellent book, “Thanksgiving: How to Cook it Well.”)

The gathering was twenty-three-people large, and my brother prepared two turkeys for the group. They were both moist and delicious. One of them, he said, was dry-brined per Russ Parson’s recipe in the Los Angeles Times (though I would have been tempted by Frank Stitt’s method, in Food & Wine). The other, he told me, he cooked on the BBQ, after rubbing it with an ad-hoc mix of rendered bacon fat and various spices. On my second serving I reached for a turkey wing, and I will never forget its crispy skin for as long as I live.

At twenty-three people, this was the largest assembly of my family in its history. Sometimes, a party this large can be stressful for the hosts, and with good reason. How does one feed all those people (and wash up afterwards, for that matter), without going out of one’s mind? The Thanksgiving meal means added pressure, as most people don’t usually roast a fourteen-pound turkey everyday. The thing about the food, though, is for all of the hype and attention it gets, it is second to people. Getting everyone together to share time at the table is what matters. Corey Mintz, a Canadian food writer, made this point in an essay in the New York Times last week. If you haven’t seen it, and you are ever thinking about having people over for dinner, I suggest you print it out and post it in your kitchen.

And if you want to get people together, it doesn’t always take a giant turkey. Sometimes, it just takes cookies. I may be an abstemious cook, but I know how to have fun. I married Santa Maria, after all. She’s the baker in the house, and the day after Thanksgiving I had a smaller contingent of the extended Stay-at-Stove-Dad family over for an impromptu dinner of hot dogs and dhal. Santa Maria livened it up with a batch of homemade chocolate chip cookies.

A long time ago, Heirloom Cookie Sheets, a neat little family-run company in Wisconsin, sent me one of its signature stainless-steel cookie sheets. I haven’t used it much, but I broke it out for Santa Maria over the weekend. She was skeptical at first, but she reports that it cooks much better than any other cookie sheet she’s used. So if you're reading this on Cyber Monday, and you're looking to buy something, I suggest getting some for yourself or as a hostess gift for an upcoming holiday party. You’ll be much loved, too, if you bring a batch of cookies. Here’s the recipe:

In a separate bowl, cream sugars with butter; add eggs and vanilla.  Mix with dry ingredients.