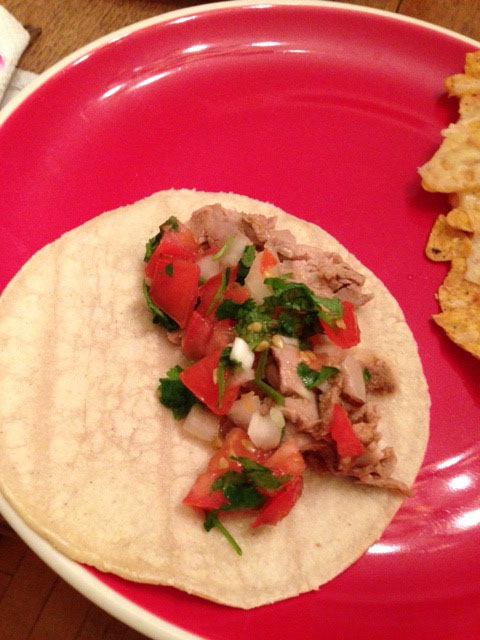 Someone recently told me that I appear to be full of self-doubt. I would have agreed with her, but I wasn’t sure about myself.

All joking aside, the one place where I’m not plagued by second-guessing is the kitchen, at least not anymore than any of the professional chefs I’ve met in my life. Years ago, I worked in a retail fish market with a man who had graduated from the Culinary Institute of America. He taught me a lot about sautéing and making sauces—in that store, where we made a number of prepared foods, the oven was broken, and only the stovetop worked—and he taught me that chefs can be insecure in their judgments. He’d give me something to taste, and wait wide-eyed and eager for my reaction. I thought he was slightly insane (shouldn’t he have known what tasted good and what didn’t?), but later I realized that the cook/eater relationship is complicated, and mutually dependent. What good is it to cook things that people don’t like or won’t eat?

You can guess what makes me think this way these days—I cook for my young girls and my wife, so I’m always concerned about what they might like. I try to please them with not just the flavors I deliver, but with the actual dishes. If someone wants fish tacos for dinner, and that someone is the mother of my two children and the center of my world, well, fish tacos are going to be on the menu. Unless, of course, I need to cook something on that Sunday night that will give me leftovers that I can eat during the week for lunch, like, say, lazy and easy pork tenderloins. As I mentioned, the relationship between the cook and the eater can be complicated.

But as it is with writing sonnets, sometimes the constraints of the form can give rise to great results. The other day, for example, the day in which fish tacos were competing with pork tenderloin on the menu, I realized that tacos are little more than stages for salsa, guacamole, and a given protein. All I needed to do was season the pork in a more Mexican fashion, and I could make pork tacos, and everyone would be happy. I could have my leftovers for sandwiches during the week, and we could have our taco night.

The only variable were those children of mine. Would they like the new dish, or would they balk at it? This was weighing on my mind as I played around with ingredients. I mixed together a bit of cumin, smoked paprika, dried oregano, cinnamon, garlic, and a few other things into a rub. I coated the outsides of the pork tenderloins, and I roasted them at 350 degrees until they were 145 degrees in the center. I let them sit for about five or more minutes, and then I sliced the meat very thinly, and then chopped it a bit so it resembled pulled-pork. I poured the pan drippings over the meat, and then laid everything out on the table.

The moment of truth came a few minutes later, when Pinta wandered past the table and snuck a bit of the meat. “That’s really good,” she said, and I knew dinner would go well. I had no doubt about it.

Combine all the spices and the oil.

Place the meat in a low baking dish and rub the mixture on the meat, covering all sides.

Pour the wine around the meat.

Roast in oven until internal temperature of meat is 145 degrees, about 20-30 minutes.

Remove the meat from the oven and let it sit for about five minutes.

Thinly slice the meat and chop it a bit until it resembles shredded pork.

Pour any pan drippings over the meat, and serve with fresh salsa, guacamole, and warmed corn tortillas.