Home Archives About
Easter with a small “e” follow-up: The saga of the Almond-Apple Crumble
Lucy Knisley's Graphic-Novel Memoir "Relish" 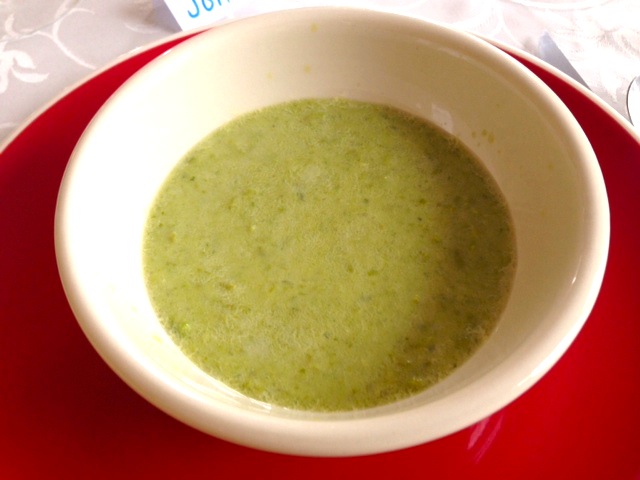 For those of you who have been following this blog over the years, you know how devoted I am to cooking, and how I often spend much of my free time being a Stay at Stove Dad. Well, I hate to admit it, but something has come between me and the kitchen, and I don’t see the kitchen having a fair chance of winning. That thing is called AYSO.

Other parents may know it. I’ve tried to avoid it. But there’s no resisting the power of soccer. My girls started playing it this weekend, and I don’t think things will ever be the same. Much has been written about the power of team sports to build character (though in my experience, I would have to say I’m the exception to the rule), and so I found myself on a soccer field at 7:40 a.m. on Saturday. And 10 a.m. on Sunday. And 1 p.m. that same day. Do you know how much cooking I could have gotten done in that time? Sheesh!

As it was, I was limited to a couple of quick meals of sage-and-cornmeal crusted pork chops, fresh cornbread, and fish tacos. I think I’ll survive, but it won’t be easy. As I said to me eldest at 6:30 in the morning when I got her up for her first game, “We can surprise ourselves by what we are capable of.” Little did she know that I was talking about myself.

So the modest amount of cooking I did this weekend, was weirdly harder than the massive amount I did last weekend, for my Easter with a small “e.” As I promised back then, here is the pea-soup-for-those-who-hate-pea-soup recipe.

Sauté the shallots in the olive oil in a large saucepan until soft, but not browned.

Add the chicken broth and peas and simmer less than five minutes.

Puree in a blender with the remaining ingredients and salt to taste. (Be careful with hot liquids in the blender; hold that top down with an oven mitt.)

Pour through a fine sieve into a metal bowl (I have never done this step, ever, and I’ve enjoyed the soup nonetheless. However, if your lifestyle demands such elegance, I encourage you to do it.)

Set in a bowl in a lager bowl of ice and cold water and stir soup until chilled. (Or, as I often do, make it ahead of time and chill it in the fridge. That or just serve it room temperature. Seriously, you can’t lose with this recipe.)

Note: As you might imagine, I’ve taken considerable liberties with this recipe, which is adapted from “Gourmet Every Day,” but I’ve been very happy with the results. I encourage you to experiment, too. I’ve doubled this recipe and it’s been more than enough to serve a large group. You want to go with a small bowl, in case your guests turn their noses up at “pea soup,” which—trust me—they won’t after they taste this.