Home Archives About
Chinese New Year Guest Post: If You Build it They Will Come
The Quick-Meal Quest: A Shifty Trick to Cook Rice in Five Minutes 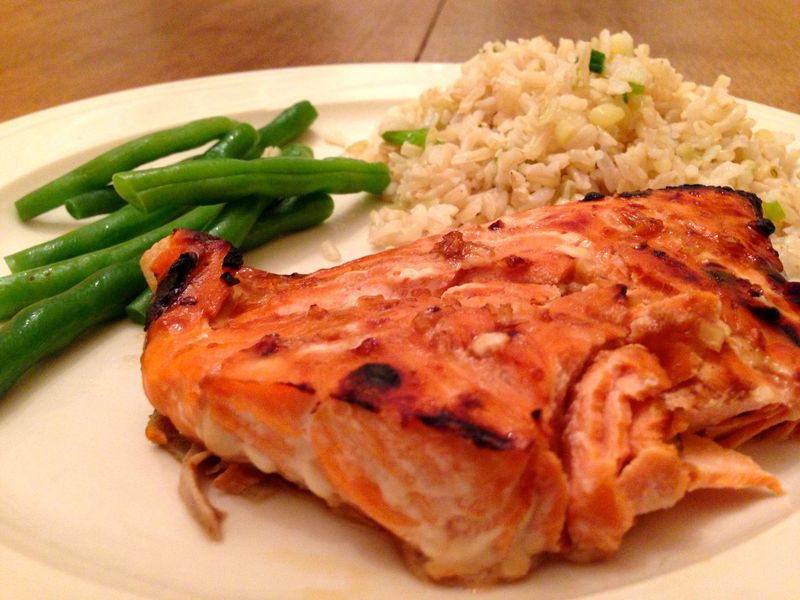 After spending last week getting ready for, and then enjoying, the Super Bowl, I feel okay mentioning the fact that I read Family Circle magazine (and especially after Santa Maria actually complained that I had spent that Sunday night “drinking beer and sitting on the couch”—What a rare and luxurious experience that was, I tell you!). I’m interested in any publication that can help me make cooking for my family easier, and running my kitchen better (the magazine I’m really looking forward to is Car and Driver & Cooking, if only someone would start it). Family Circle just comes into our house (we must have gotten on a mailing list somehow, and I don’t ever remember paying for it), and I like to flip through it for recipes and suggestions.

The current issue has a a recipe for Honey and Soy Glazed Salmon that caught my eye (It’s here online for free, but you’ll have to jump through a bunch of registration hoops to see it). I cook wild Alaskan salmon for my kids about once a week, but I have yet to find a good sauce to go with it. I cook it straight on the pan, to just this side of done, and usually that’s good enough. They eat it with a bit of lemon, and though they complain, it goes down just fine. The fish is superb.

Still, I'm always looking for a tastier way to cook it. The Family Circle recipe—which has lime, soy sauce, garlic, and honey—sounded appealing. I adapted it for one fillet last night. I was cooking three fillets for the family, but didn’t want to risk that the kids wouldn’t like it. I’m happy with the way it turned out, and will be doing something along these lines again soon.

Pinta, on the other hand, tried it and made a face. She didn’t like it. When I told her that it had honey in it, she made a little joke. “Honey’s sugar and that’s not healthy," she said. "You shouldn’t eat it!” That made it all the sweeter for me.

Note: These measurements are for one, six-ounce fillet, serving one person. Increase the amounts proportionally for larger amounts of fish.

Combine the honey, soy sauce, garlic, and lime juice in a bowl.

Place the salmon on a baking sheet lined with foil.

Spread about half the sauce over the salmon and place the fillet in the oven.

Bake for about five to ten minutes, then spread the rest of the sauce on the fish.

Place fillet under broiler until crispy on top and cooked through, a few minutes more, depending on thickness of the fillet.