Just Relax, and Try to Smile 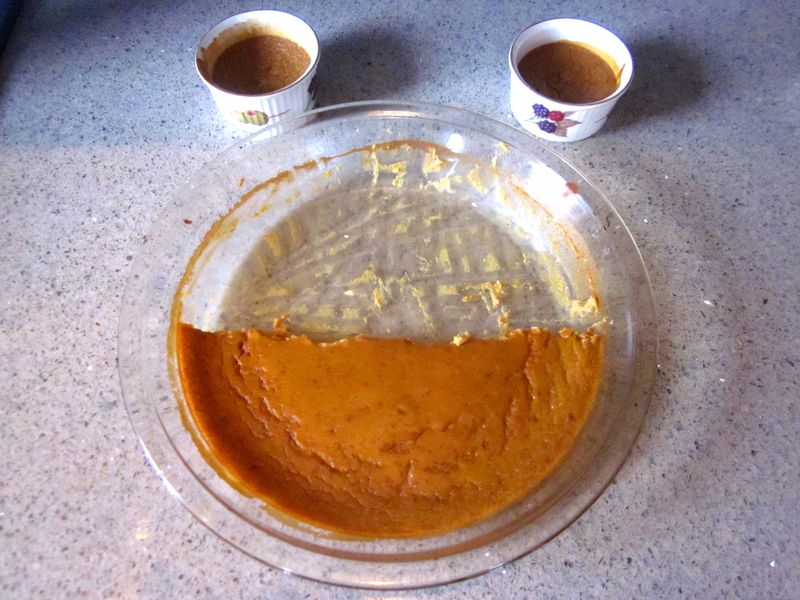 I don't really had anything to report, other than to plead, suggest, insist that no matter what you are doing, you try to do it with a sense of enjoyment. Maybe it takes a bottle of Chimay (like the one my great brother-in-law gave me recently), or maybe it takes a bag of weed (not my thing, but, according to this New York Times Magazine article, a good thing for parents), but no matter what it takes, chill out and try, for the love of god, to have some fun, and don't stress out.

Last night, I didn't make the Pumpkin Custard (pictured above, as arranged by Santa Maria), but I did make the usual surefire hit Frikadeller. I even came home from work with a loaf of fresh bread to accompany it. But Pinta threw a temper tantrum, and insisted quite vocally, that she didn't want to eat it. In looking at my own upbringing and at my life, I realized that the most important thing for someone to feel is to feel safe, and to be able to express their displeasure. As Pinta stormed off to the couch and refused dinner, I let her go. Then I went to her and said, "It's okay if you don't like something. It's okay if you say so. I want to hear it." I saw her eyes move to the side in skepticism (a healthy trait), but I let it sink in.

She was still thinking that I would make her eat the Frikadeller (which, by the way, I have a couple of blog post to prove that has eaten before without protest, I didn't think to bring that to her attention). I let it go. I let all of it go. She relaxed. She calmed down. I talked to her about how when I was a child I wasn't allowed to say if I didn't like something. "Why," she asked. "I don't know," I said. "I had three older siblings, and a baby in the house when I was your age," I told her. "I imagine that my parents were tired and overwhelmed. Can you imagine what it would be like if we had three older siblings and a new baby in the house right now?" She couldn't of course, but I could, and I had some compassion for my parents. I had more for my daughter, and I let her express her displeasure, no matter how illogical.

I asked her if she knew why I wanted her to eat the Frikadeller. She did not. I told her it was my job to make sure she gets the things she needs to grow, and that Frikadeller are full of protein. This led to a discussion of what is protein and what is not. “Chicken,” she said, and “pear,” which, alas, is not. I said that protein is a building block of muscle. She started to parade around like a body builder. So we went back to the table, and went on with our dinner. I gave her a yogurt and I finished my Chimay, the whole tall bottle.