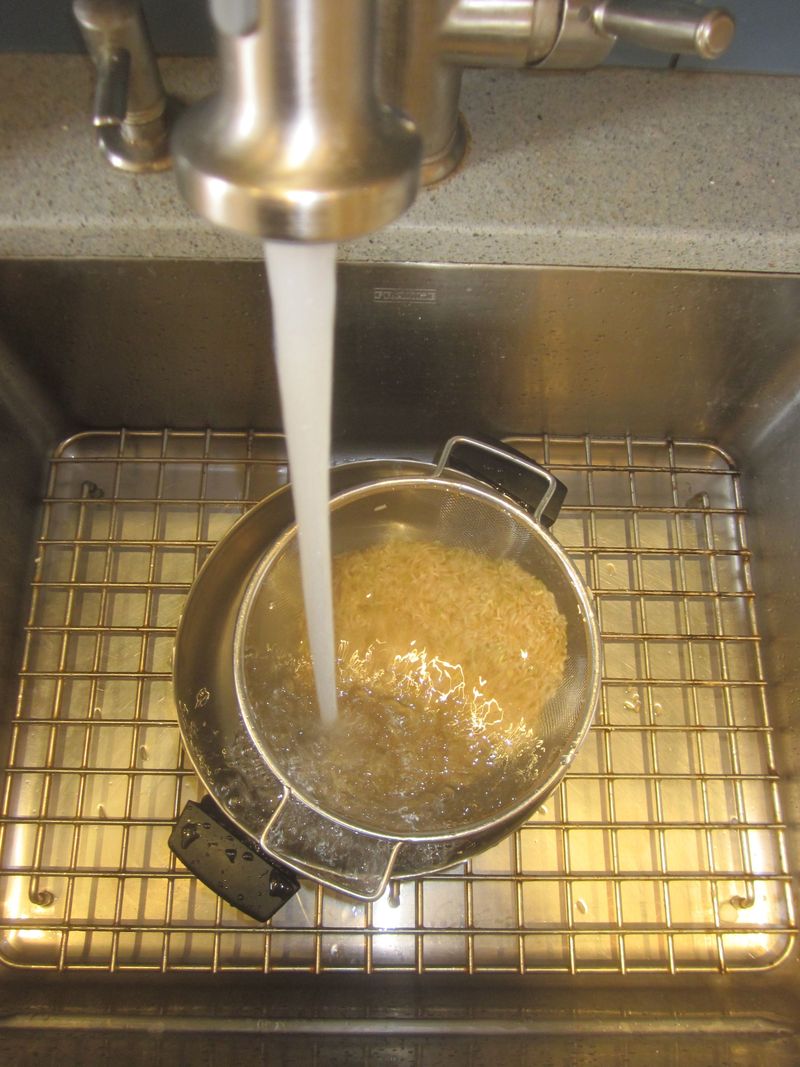 Over the past few months, I’ve migrated to a cooking style that really suits my needs. On the weekends, I make a big pot of something—Chili, Coq Au Vin, Tagine, or the like—and I eat it a couple of times that week. I typically get one solid family meal out of it, and then a multitude of lunches. I’ll have more big-pot ideas going forward, as I plan to add to my repertoire.

But first, I want to return to the issue of arsenic in rice, something that hit the news media a few weeks ago, as I often serve those dishes over a starch, typically rice. In light of the reports that rice, especially brown rice, can carry high levels of arsenic, I have changed the way I cook the grain. Apparently, rinsing it first, and then cooking it in an excess of water (the same way one might cook pasta) can reduce the amount of harmful compounds present.

The good news about this new method is that it’s easier, and the rice turns out better. There’s no more measuring, worrying about keeping the heat low, or ending up with a soggy mass at the bottom of the pot. Here’s how I do it:

I wasn’t happy to learn about the risks associated with eating rice, something I thought was so basic, safe, and healthy that I would never have to worry about it, but I happy that my new method is both better for me and better tasting. If you want more details on the situation with rice and arsenic, this post at CommonHealth is helpful.