Home Archives About
Strange Days Indeed: An Oatmeal Cookie Recipe from Back in the Day and Man with A Pan in Chinese
Crispy Chorizo and Broccoli Pasta 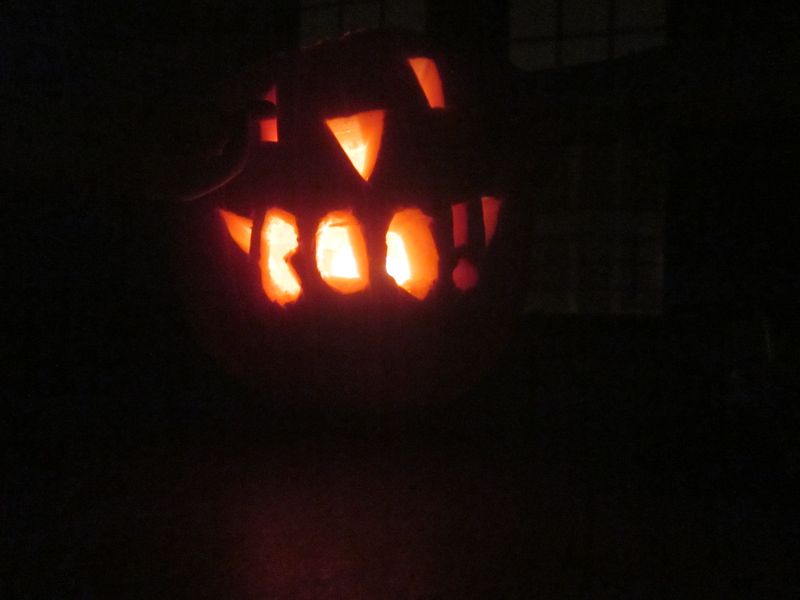 Hurricane Sandy just put us through a scary few days. We spent Tuesday night with gusts of wind rattling the windows and the sounds of sirens echoing in the darkness. Twitter was ablaze with devastating pictures and nerve-rattling rumors--at one point the New York Stock Exchange was reportedly under three feet of water. That turned out to be a falsehood, but much of the city was flooded terribly. Large numbers of people are still without power and all of the city is without its mass-transit lifeblood. But thanks to the hard work of the police and fire departments, and the good management of the mayor's office and the dedication of the city's employees, it wasn't as bad as it could have been. And it is almost Halloween. Pinta wanted the mouth wanted the mouth of the Jack O' Lantern to say "Boo!" Like everyone over the past few days, I did the best I could. And here is something sweet, if that's what you need now.

Combine all the ingredients in a 9-inch pie or tart dish. Or use individual ramekins. This will probably make about twelve, three-inch ramekins.