Strange Days Indeed: An Oatmeal Cookie Recipe from Back in the Day and Man with A Pan in Chinese 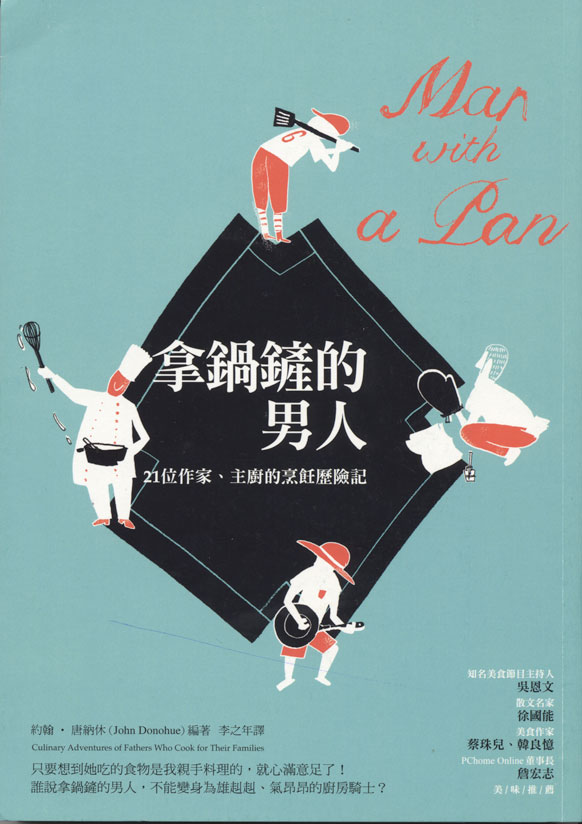 Hurricane Sandy is bearing down on New York City, and no matter what the storm ends up doing, it has already started to disrupt life here. The transit authority has announced that it will be shutting down subway service this evening as a precaution. The city without a subway is impossible to imagine, kind of like cornflakes without the milk, as Oran “Juice” Jones put it back in 1986 with his one hit, “The Rain.”

The rain is coming, and so is a storm surge, and probably some wind, so much of today has been spent scrambling to get ready. I’ve been hunting high and low for my battery-powered AM radio, dealing with colleagues about work that needs to be done tomorrow, and generally not doing much cooking at all (except for making a pot of stock—seems prudent, no?).

Having to deal with two hurricanes in two years isn’t the only strange thing to happen around here. I just learned that “Man with a Pan” is being published in China! That’s a copy of the cover above.

And in honor of Hurricane Sandy, here’s the Oatmeal Cookie recipe I posted last year, when Hurricane Irene was on its way.

Cream butter and sugar; add egg and vanilla;  mix or sift together flour, cinnamon, soda, salt; stir the flour mixture into the butter mixture. Then add the oats. Bake about 10 minutes in a 350 degree pre-heated oven.

Makes at least 4 dozen – enough for you and the neighbors and even enough to freeze a log for a future playdate.