Home Archives About
Mouthwatering New Cookbook
How to Stretch a Meal 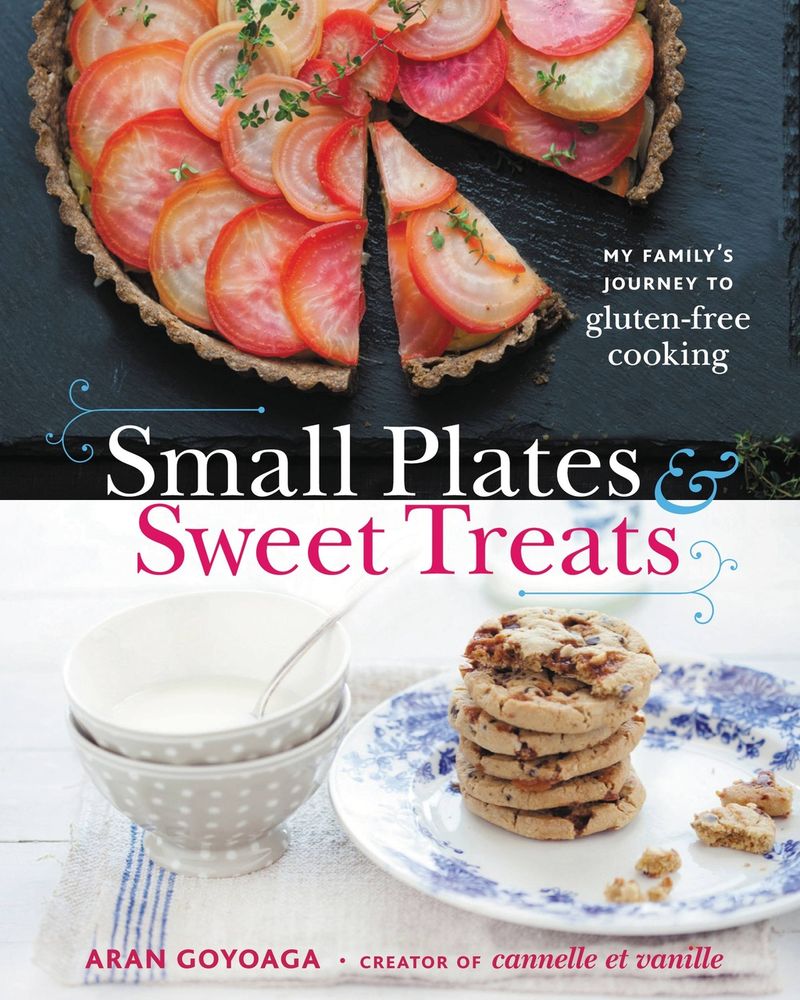 As Santa Maria mentioned recently, we had friends over for brunch this weekend, and I made a new salad. The salad was a big hit, and I wanted to share the recipe with you. But first, a bit about where the recipe comes from: “Small Plates & Sweet Treats: My Family's Journey to Gluten-Free Cooking” a great new cookbook coming out at the end of the month.

The book is a collection of gluten-free recipes, but I have to say that flavor, more than anything else, seems to be its driving force. Written (and lovingly photographed) by Aran Goyoaga, of the blog Cannelle et Vanille, the book is a rare combination of the practical and the aspirational. I can tell from reading it (and from having met Aran) that she cooks for her family on a regular basis. Unlike some other folks who I know who cook for their families and blog about it (ahem, I mean me), she’s actually qualified. She’s a culinary school graduate, and she comes from an old-world family (she grew up in Spanish Basque country, and when she was a child her grandparents raised their own pigs to make their own chorizo.) I mean, she is serious about good taste.

And—here’s where the book gets aspirational—she an amazing photographer. Unlike other bloggers who can’t do better than to muster a quick snapshot (ahem, me again), she’s a professional. I met Aran on my recent trip to Alaska, and she was one of the many women on that trip who routinely carried more cameras than your average A.P. pool photographer—they turned every meal there into a Presidential press conference, snapping endless shots of salmon, crab, and oysters as if the fate of the free world depended upon it.

Her photos in this book will stop you in your tracks. Santa Maria, who loves Basque cuisine, and I recently spent a rare hour of leisure the other night just flipping through its pages. The book is organized by season, and it shows that a lot of time and effort went into its creation. She must have been photographing for years to come up with the captivating images in here.

I haven’t attempted any of the baked recipes, but based on her general approach, I’m confident that they will be great, too. If you make any, please let me know how they go. In the meantime, here is the recipe for the salad, thanks to Aran.

Put quinoa in 1 cup of water with a ¼ teaspoon of salt, cover, bring to a boil and reduce to a simmer; cook about twenty minutes, and/or until fluffy.

Toss the Brussels sprouts with 2 tablespoons of the olive oil, and the remaining ¼ teaspoon of salt. Spread them out on a baking sheet (or two, if necessary) and roast for about 20 minutes, or until golden brown.

In a small saucepan, heat a bit of the oil, add the sliced chorizo, and cook on a medium-high heat until the edges are crispy (I then took the sausage off the pan and drained on paper towel).

A few notes: I couldn’t find black quinoa, so I used red quinoa, and it was great. My oven was set at 375, becaues it's being balky again, but it didn't matter. Also, I sliced the chorizo in half lengthwise before cutting into ¼ inch slices, figuring that I wanted to spread the flavor around the salad. It was a good choice. And I ended up using baby Brussels sprouts because that is all that I could find. Another good choice. And, finally, I decided to dress it with more olive oil and lemon.

Also, I cooked a cup of quinoa so I would have some extra left over (more on that later) and I didn’t measure how much I used in the salad. I was actually making two versions for the party; one without the chorizo and one with, so I was winging it. The nice thing about a recipe like this is that it has such an inspired combination of ingredients that it is almost impossible to mess up. And it was a great party dish—easy to make ahead of time and good looking on the table. We ate it all up, obviously.