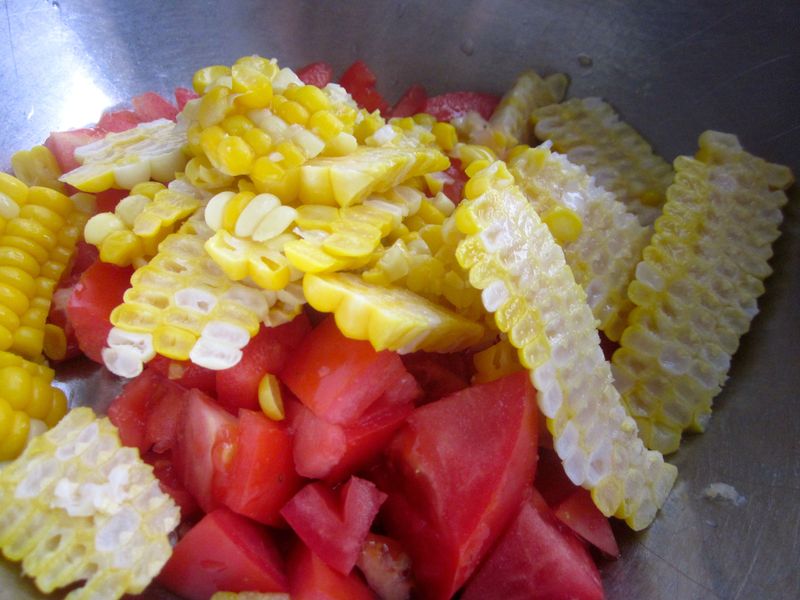 When I was in Alaska recently, we had some nasty weather, which isn't surprising given we were in a rainforest, but nothing compares to what we just had in New York City, where two tornadoes swept through the outerboroughs. Up North, there were clouds and showers every day, but the dramatic setting and the great company made up for it. I was joined by a bunch of really entertaining food bloggers—Cannelle et Vanille, Family Fresh Cooking, A Less Processed Life, Sippity Sup, La Tartine Gourmande, and The Wicked Noodle—who have already (or will soon, I suspect) start telling their versions of the trip, and I encourage you to check out their postings.

I’ll be telling my Alaskan tales soon enough, but what I want talk about today is something that the two chefs on the trip, Dan Enos, of The Oceanaire Seafood Room, in Boston, and Patrick Hoogerhyde, of The Bridge, in Anchorage, kept mentioning. And that is “Flavor Profiles.” They kept saying that each fish or mollusk had its own flavor profile, and that was what mattered most.

I kept the idea of balancing flavor profiles in mind on Saturday morning when I was rushing to make lunch for a quixotic trip to the beach. We thought we could enjoy one last summer day at the shore, but it ended up raining on us, which reminded me of my trip to Alaska (and those two twisters made me think of Kansas).

I made simple sandwiches for Nina and Pinta, but I wanted something savory and satisfying for myself and Santa Maria. I had a bit of corn on the cob left over from the night before, and I had that aforementioned feta. Also, I knew I had an extra tomato, so I was three-quarters of the way to a decent salad. I added some olives to give the salad a bit of salt, and I dressed it with a cider vinegar to give it a bit of sweet acid. To give it a bit of a bite, I tossed in dried oregano and thyme, but if I had any fresh herbs on hand I would have used those instead. Finally, I finished it with olive oil, because that is good on everything.

We ate the salad in the car after giving up on the rainy beach. The dressing had collected in the bottom of the container, and once the salad was gone, we sopped it all up with ends of fresh bread. Like Alaska, it didn’t matter that it had rained—the food was so good.

Combine the ingredients in a bowl, and serve with fresh bread.