Home Archives About
Party Time: How to Make Pizza at Home
Bee Wilson's "Consider the Fork"

Making a Silk Purse Out of a Sow’s Ear 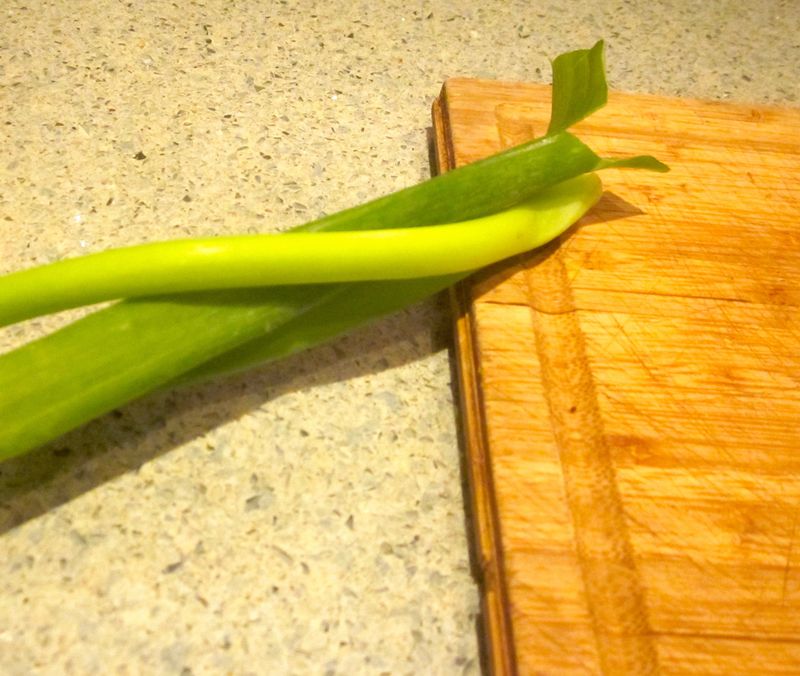 It’s back to school time, and not just for the kids. On Monday, I started a course in personal financial management—something I need to learn a few things about—and as it was an evening course I arrived home after it late and hungry. I had intended to eat prior to the class, but I got busy at work and had to run for the train, and barely got to the classroom on time. The dinner I had taken with me—a few slices of leftover pork loin and some cold rice—remained in my bag until I returned home that evening. It was not a very inspiring meal, and frankly it would have been downright depressing on its own. But I got lucky.

Once, a while back, Pinta happened to be sick with a stomach bug and I whipped up a homemade soup for her using just chicken stock and rice. After class, I borrowed the same idea and made a kind of poor-man’s wonton soup. No wontons, but pork and rice and that rich homemade chicken stock. The key ingredient—and here’s where I got lucky—was a single scallion that I found in the refrigerator. I sliced it up and added it to the soup. It gave it a touch of green, and just the right bite. With a little salt, I was all set.

The lesson here: keep a few good ingredients—chicken stock, scallions, cooked rice (which you can always keep in the freezer)—on hand, and you’ll never lack for a good meal—last night I could even have made the same soup with slices of hard-boiled eggs. I wouldn’t have won any awards for cooking a meal like that, but, then again, I wouldn’t have gone hungry either.