How to Cook for a Big Group 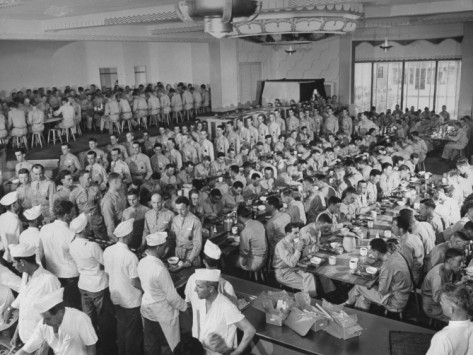 There are many different ways to cook for a big group (and I’ll get to my favorite way in a moment) but I want to warn you off the most obvious way.  Don’t fall into the trap of just trying to double or triple a recipe. It won’t work well. Ingredients, like people, behave differently when they are in crowds. Pieces of meat or vegetables that that were supposed to be sautéed end up becoming steamed if the pan gets to crowded. Things don’t brown the way they were supposed to. Three times the amount of one spice may not taste right compared to three times the amount of another.

There’s an easy way to avoid this predicament, and the nice thing about the solution is that it will make you look better as a chef, and it will make your guests much more satisfied with their meal—just make a large number of small dishes. And by small, I must mean normal sized. If a given recipe serves four to six people, pair it with one or two other main courses that do the same, and all of a sudden the cooking becomes more manageable, and the meal becomes more elaborate. You suddenly have a six course meal. It’s a kind of culinary alchemy.

I had this in the back of my mind the other weekend that I cooked for my sister and her brood, after coming back from the shore. I was so excited to see everybody that I accidentally invited them all to my mother’s house before consulting my mother. She had been planning on getting a bit of fish for five, and all of a sudden it was dinner for nine.

I was in the grocery store with my mother when I sprung this on her. She was a bit nonplussed, and I couldn’t blame her. So I started tossing about ideas for side dishes, to stretch the fish. I was already planning on making the Feta, Tomato, and Parsley Salad, so I picked up some tomatoes, basil, and mozzarella, to make a couple of plates of Caprese Salad. My sister had agreed to bring a green salad, so we just needed one more dish. I thought about my Fly Sky High Kale Salad, but decided the Kale in Westchester in the summer is not worth the effort.

At that point, my mother mentioned that she had some green-market zucchini that she’d sautéed up and stuck in the freezer before going on vacation. She wondered if I could use it (I think she finally came around to the idea of a big gathering when she realized she could clean out part of her freezer). She mentioned ratatouille, but the eggplant looked worse than the kale. She was determined to get rid of that zucchini, though, so I offered to make a faux-ratatouille. I bought a link of spicy Italian sausage, to substitute for the eggplant. It worked well, and everyone was happy and well fed. I don’t really have a recipe for you, but I can tell you want I did.

In a large frying pan, I sautéed some slices of red onion and some sweet onion that had been hanging around the house. After they were soft and brown, I took them out of the pan. I broke up the sausage and browned it in the pan. Then I added a bit of chopped garlic, and tossed in the mostly defrosted zucchini (which my mother had sautéed before freezing; if I was starting with fresh zucchini, I would have cubed them and browned them right after doing the onions, taking care not to crowd the pan). Once the zucchini were hot and sizzling, I tossed the onions back in. I chopped some extra tomatoes, and tossed those in, too. After they broke down and the water from the zucchini had simmered off, I was done.