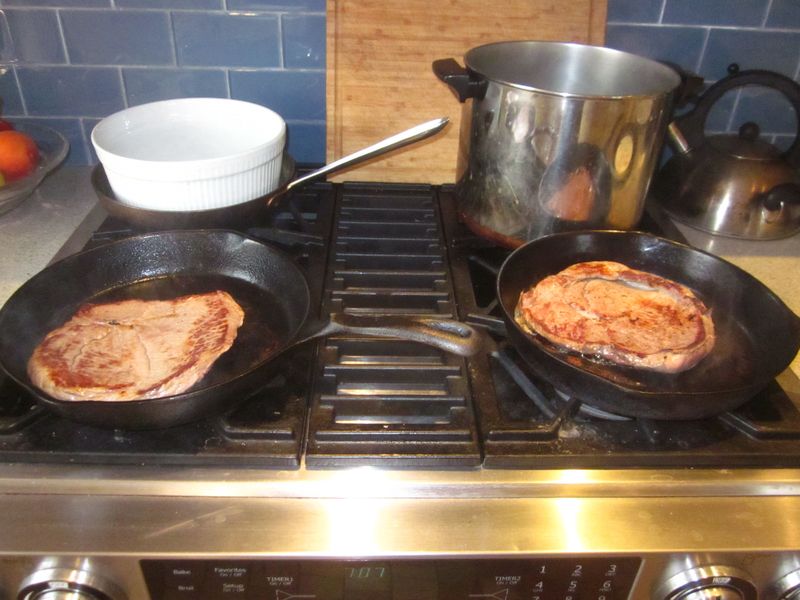 All I knew when I picked it up, was that it was much cheaper than the other cuts available. I recognized the word “Sirloin,” and I associated that with some decent steaks. I made my purchase, but I might have been a bit misled by the name. According to something called TheMeatSource.com, it is different:

The sirloin tip is a lean horseshoe shaped cut that is economical, can be used to make cutlets(fast fry), stir-fry, kabobs, stew, cube steak and many cookbooks will have sirloin tip steak recipes because of its many uses. Because it is very lean, it can be dry and chewy, it should be a marinating steak unless cut very thin. It is best to marinate 6-24 hours in a tenderizing marinade before grilling, broiling or pan-searing.

No matter what it was called, the meat was delicious, and fast. I cooked it just three minutes on the first side and two minutes on the second. I put it over another version of the same salad I had earlier in the week, the super amazing combo of spinach, avocado, tomato, and Parmesan. I think I'll be seeing it again.