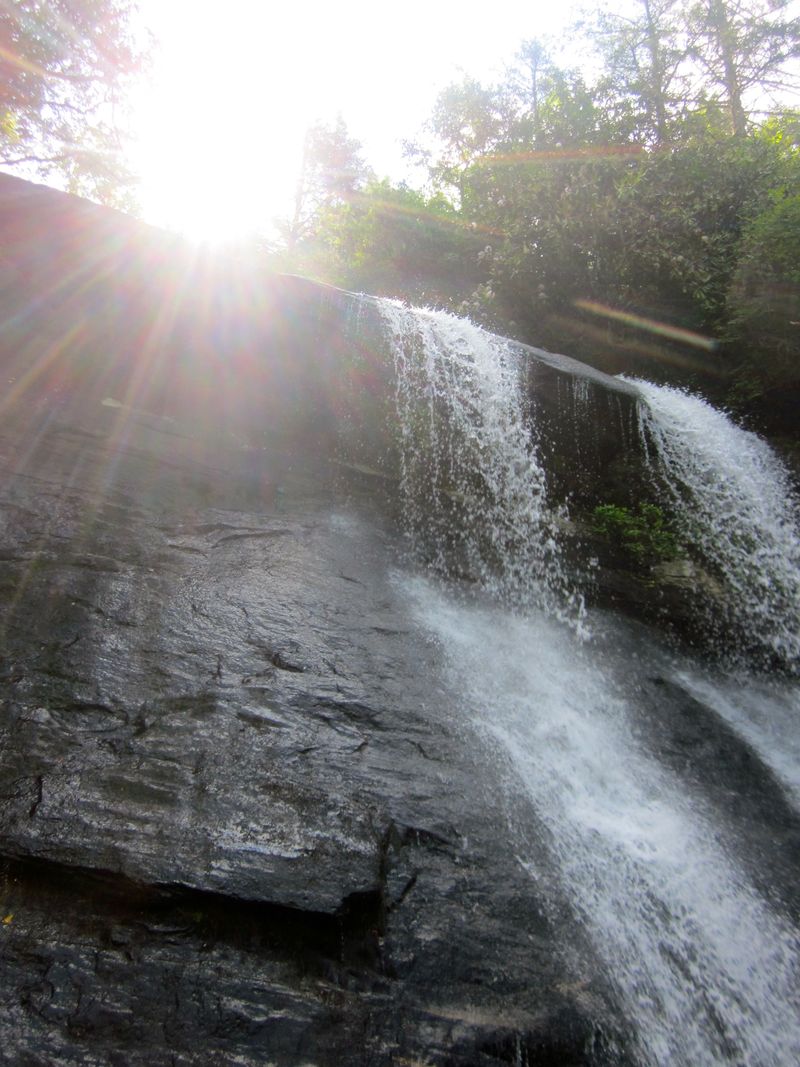 We’re back from vacation, and, wow, did we have a good time. We were in the emerald mountains of North Carolina, where we splashed beneath waterfalls such as the one pictured above, hiked jagged mountains, swam in a pristine lake, and ate, and ate and ate. We stayed at the High Hampton Inn, a ninety-year-old resort with a dress code (coats and ties for dinner and collared shirts other times; thank goodness for UNIQLO!). There was a never-ending buffet of prime rib, trout, salad, tomatoes, and enough desserts to make Twiggy pre-diabetic.

We were there with Santa Maria’s brother and his family, to celebrate the fiftieth wedding anniversary of her parents. We ate all our meals together, and the food was a large part of the conversation. My brother-in-law’s family is gluten sensitive and doesn’t eat meat. They brought their own pastas and breads and the staff was very accommodating.

Still, everyone was very excited about the buffet food and returned for second and third servings, even of the desserts. I enjoyed it, but kept to myself my thoughts on how I might have prepared things a little differently. Two things happened that I’ll never forget. The first thing was that a few days before we left, while on our umpteenth trip down the buffet line, Nina told me she was hungry for my home cooking. She said she missed my Bolognese. We had it last for dinner yesterday, on our first night home.

The second thing was the grits they served for breakfast every morning. They were creamy and crunch and (on the days they didn’t over salt them), incredibly mouthwatering. They were made with Adluh Stone Ground Yellow Grits, and I’ll have more on them shortly. This Northern boy thought they were polenta, and I was set straight. Right now, I have to go for a run, and work off some of that prime rib.