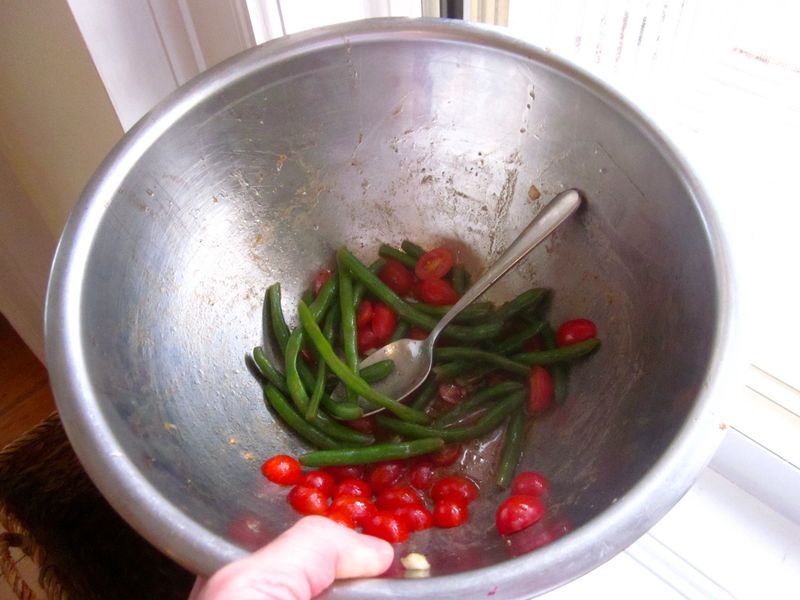 To say that married life is complicated is an understatement (there used to be a haggard-looking woman in my old neighborhood who would walk around smoking a cigarette, wearing a dirty tee shirt that said in garish red letters “Marriage: The Only War in Which You Sleep with the Enemy”), and after all these years of being hitched to Santa Maria, I thought I knew all the ways in which we got a long and all the ways we didn’t.

Well, I’ve been reading Daniel Goleman’s “Emotional Intelligence” and it has been an eye opener, especially its chapter on marital relations. Seeing how this is a food blog, all I’ll say is that if you haven’t read the book, you will be well served by picking up a copy. And I mean that. Here, I’ll just concentrate on what I’ve put into practice around the kitchen.

The other night, I came home and Santa Maria was worn out by the day. I had missed dinner with the kids and after they were in bed, she had to do some work for a big project she’s working on. I know she’s been craving vegetables, and I was in the mood for a salad that night. So, I washed some spinach, tossed in some cherry tomatoes, and sliced a tiny bit of red onion. I shared it with her, and there it was: marital bliss on a plate.

Last night, when we were having a Saturday seafood feast, Santa Maria returned the favor. I had cooked flounder, fried rice, and green beans, and that would have been just fine. But she stepped into the kitchen and combined three simple ingredients into a mouthwatering—and heartwarming—salad. She took the green beans, sliced cherry tomatoes in half, and added a bit of red onion. And, she dressed it with a remarkable balsamic vinaigrette that, like marriage itself, was so good that it turned something simple into something beyond great.

How to be Nice Dressing

Mix the ingredients together in a bowl. Serve over greens of your choice. Try green beans, cherry tomatoes, and diced red onion, for example.