Home Archives About
Family Dinner? What's It All About?
Wordless Wednesday: Togetherness 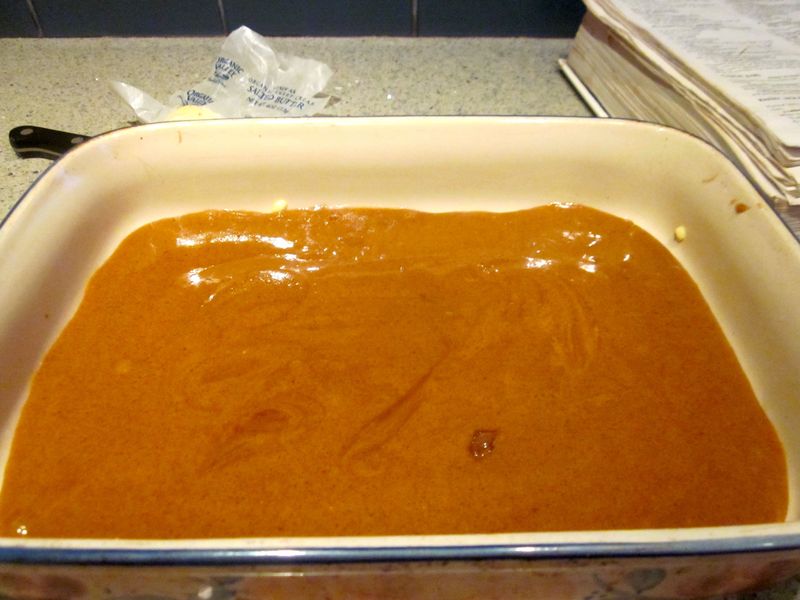 Father’s Day came a bit early for me this year. Santa Maria is headed out of town next weekend, so she started the celebration on Saturday. We were just back from a high-school graduation party for the daughter of our babysitter, and in less time than it too me to get Nina and Pinta ready for bed, she whipped up a batch of butterscotch brownies.

This dessert is an old favorite of mine. When I was growing up, one of my sisters was an inveterate baker, and I’ll never forget the ones she used to make. I can still see her as she would break open a bag of Nestle Butterscotch morsels, and I think I can still hear the crinkle of the plastic, and smell their sweet aroma.

Sometimes, when we grow up, though, we grow up with a mistaken view of the world. Until I met Santa Maria, I didn’t think you could make butterscotch brownies without a bag of those morsels. She’s shown me I was wrong, and it wasn’t the last time she’s done that. Here’s how to make them from scratch. Keep in mind that the batter can be prepared in the time it takes for the oven to preheat.

Melt in a saucepan:

Stir into it until dissolved:

Cool these ingredients slightly, then beat in well:

Stir these ingredients into the butter mixture. Pour the batter into a greased 9 x 9-inch pan. Bake about 20-25 minutes. Cut into bars when cool.

Notes: This recipe is adapted from the “Joy of Cooking.,” which is right on the money when it calls it “An all-time favorite, easily made.” Santa Maria uses organic flour, with germ. She also pressed a few chocolate chips in the top, at one end, and she used a larger pan. 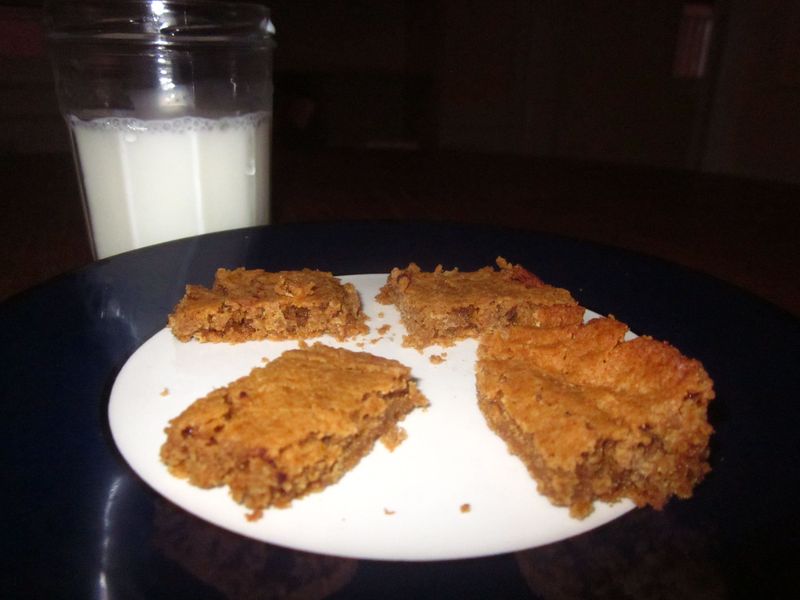