Home Archives About
Wordless Wednesday: Remember Your ABCs (Always Be Cleaning)
A Broken Oven, An Everlasting Meal, and Some Killer French Fries 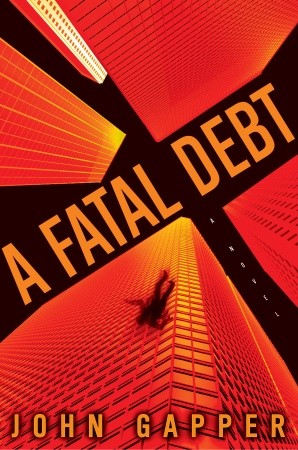 I think I’ve established that I like throwing dinner parties, but I also like going to them, too, in part because you never know whom you’ll be seated next to at one. At a recent gathering, I met a financial journalist named John Gapper, and he mentioned that he had his first novel—a thriller set on Wall Street—coming out soon.

A few weeks after that, at my office, I came across an advance copy of something called “A Fatal Debt,” which the publicity material described as, “A swift and convincing thriller about a fallen Wall Street titan driven to violence and the young psychiatrist who must unravel the mystery of his broken psyche.” I was intrigued. I like thrillers and genre fiction—having recently torn through books by Alan Furst, Alan Glynn, George Pelecanos, and Robert Harris—and I also like books about money, from straightforward advice books like Carl Richard’s “The Behavior Gap” to more bizarre fare like “Street Freak,” a Lehman Brother’s trader’s account of the end of his firm and his mental breakdown (which, oddly enough, weren’t directly related).

I thought I might like “A Fatal Debt,” and then I looked again at the author—it was the same financial journalist who I had met a few days before. Fantastic, I thought. So I read “A Fatal Debt,” and I really enjoyed it—it reminded me in an atmospheric way of Kenneth Fearing’s noir classic “The Big Clock.” I liked it so much, I'm going to give a copy away.

A passage late in the novel got me to thinking about cooking. The protagonist, Ben, whips up an impromptu dinner of tomato sauce and past a for Anna, one of the female characters. He sets the table with candles and they have a romantic dinner. From the quick but precise description of the food and cooking, I could tell that Gapper knew his way around the kitchen.

So, having had the good fortune of having met him at a party, I decided to drop him a line, and ask him about the cooking he does. He wrote back with the following guest post, and I’m so keen on “A Fatal Debt,” that I want you to have a copy. Leave a comment or write to me and tell me the most seductive meal you’ve ever cooked. I’ll send "A Fatal Debt' to the author of the one I think is most intriguing.

Here’s his guest post, and a recipe for this pasta: 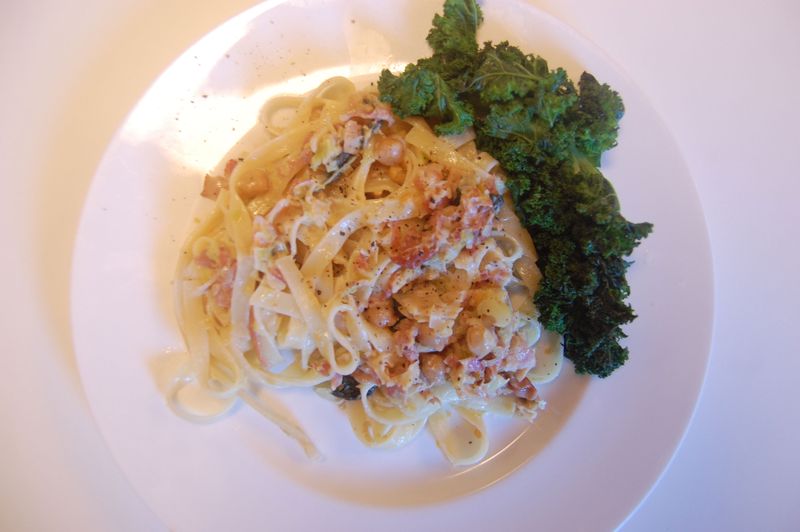 The first time I persuaded my now-wife to visit my apartment, I offered her tea and cake. As evening loomed, I was trying to think of a way to persuade her to stay longer, so I suggested cooking her dinner. I made a kind of improvised pasta with a tomato and bacon, which she seemed to enjoy at the time but wasn’t as good as she pretended.

That probably influenced the scene in “A Fatal Debt” where Ben cooks Anna spaghetti alla puttanesca. There’s a touch of author’s wish fulfilment in that because I’ve made him a better cook than I am. Still, the general point that cooking is a good way to please an attractive woman clearly stuck in my mind.

Later, she introduced me to an innovation: buy a cookbook and follow the instructions.  For some reason, I hadn’t really gone with that before but I soon found that it works well. She does more of the cooking for us and our two daughters these days but I try to cook a few meals a week.

Lately, she’s encouraged me not to revert to the same old favorites but to mix it up a bit. As a result, I was looking through an old Jamie Oliver book (Jamie’s Kitchen) that we’ve had for a decade and found this recipe for pasta with prosciutto, garbanzo beans, leeks and sage. I’ve cooked it a few times and it’s highly appreciated.

I like it because it’s quick and easy but it tastes both great but sophisticated, as if you really know what you’re doing. The ingredients are a little expensive – bacon, prosciutto, fresh sage, heavy cream etc – but worth it.

The original recipe calls for dried beans soaked overnight and boiled with tomato and potato for flavor, but I just use a 15oz tin, which works fine. You can use cannellini beans but I think garbanzo come out better. You do need fresh sage leaves, which are easy enough to find.

8 slices of prosciutto, torn into pieces

14 oz of lasagnetti (I usually use tagliatelle instead)

Put two lugs of olive oil in a casserole-type pan and fry the prosciutto  and bacon pieces until lightly golden. Add sage leaves and stir until lightly crisp. Add the butter, leeks and garlic and fry until leeks are softened. Add the chickpeas to the pan, mushing up about a quarter of them to give a smooth consistency to the sauce. Stir around a bit. Pour over the chicken stock and add the cream. Bring to the boil and simmer slowly for 15 minutes. Add salt and pepper as required.

Cook the pasta, drain and throw it into the pan with the sauce. Add most of the Parmigiano and stir it all together. Loosen up with some water if you need to. Serve with a drizzle of olive oil and the remaining cheese.