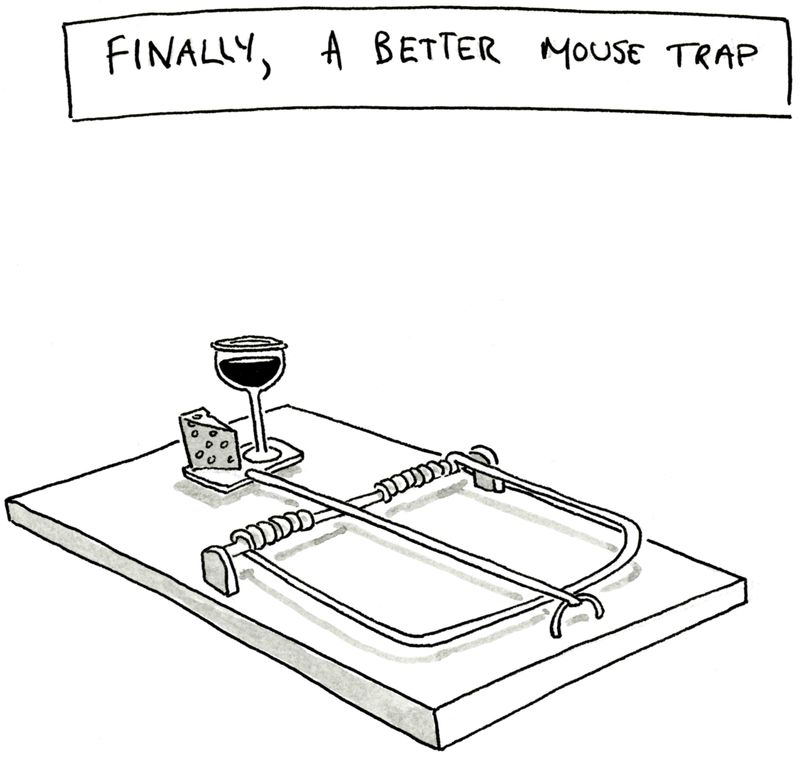 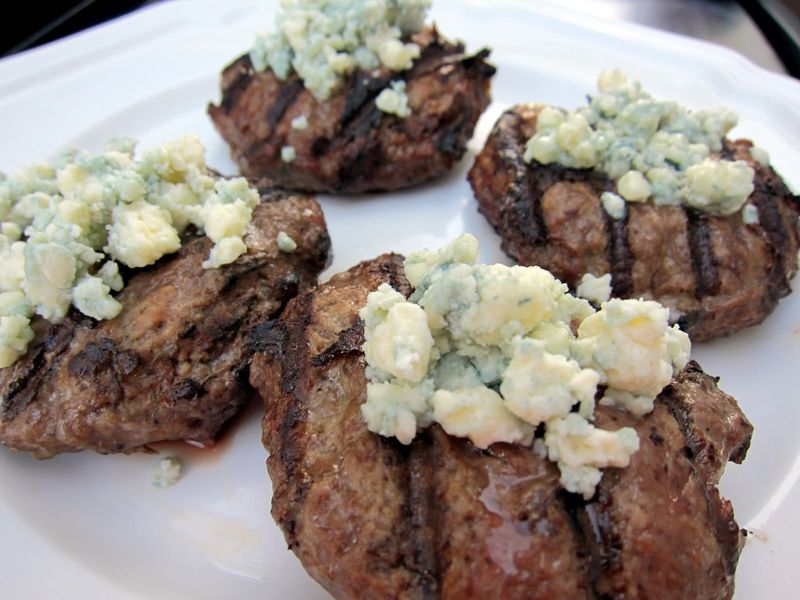 My sister came over for dinner on Friday for a lazy but beloved meal—hot dogs, baked “French fries,” and a Romaine salad. I’ve rued the fact that kids’ sports, birthday parties, dance lessons, and the like can drive friends and family apart, but this was a rare time when one of those things could drive us together. At this time of year her son plays soccer in Brooklyn, so there was a good chance that the stars could align. I texted her that afternoon, and sure enough, by the grace of the B-61 bus schedule, she could come over.

The Friday hot-dog meal is one—for obvious health reasons—that I try to limit to no more than once a month. This is harder than it looks. The meal makes everybody happy. I’m happy because it is so easy and my kids are happy because they’re kids, and they love hot dogs (it doesn’t hurt that the first ones they ever had were from Bark, so they really like them). It’s a no-brainer, except for one small thing: I’m not actually that fond hot dogs. They’re okay, but once a year, and not once a month, would be fine with me. I think it’s the convenience that tastes so good. So on Friday, I decided to make burgers, too.

I bought a pound of grass-fed ground beef, and I knew it would be more than enough for an extra guest. My girls don’t like burgers, which really confuses me (don’t all kids like burgers?), but I can live with it. It’s not like they need a fatty mass of beef (or pink slime), for that matter. My sister was excited to have a burger cooked by me, but I thought that was silly. I wasn’t really making anything special. I just started with good ingredients and took a light touch.

I added a tiny bit of chopped onion (about a quarter of a small one) and some salt. That was it. I mixed those things into the beef, and made six small patties from the pound of meat. I was careful not to over cook them, and I topped Santa Maria’s and my sister’s burgers with cheddar, and I put blue cheese on mine. I might have been being lazy, but it sure felt—and tasted—good.

Fry in a pan or on a grill a few minutes per side, until cooked the way you like them.

Add cheese after you flip the burgers, if you want.

Image courtesy Madigan Made (who has a tasty-looking blue-cheese burger write up if you're feeling ambitious). 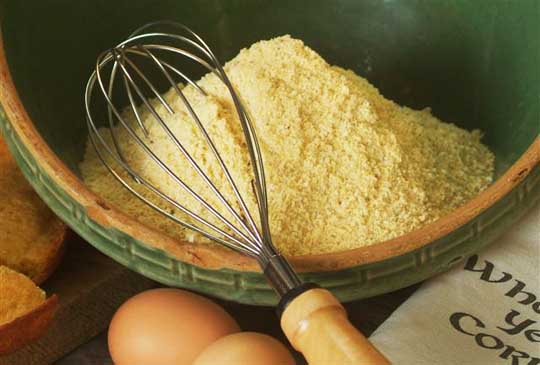 I have a new love in the kitchen, and its name is polenta. For years, I’ve seen it on restaurant menus and heard it talked about from everyone from foodies to my own mother (who, when she would taste it on a plate while eating out, would sometimes get mixed up and say, “these mashed potatoes aren’t real”), but I’ve never tried to make it at home, until recently.

Polenta was always too confusing—like my mother, I wasn’t even sure I could identify a properly cooked batch—and scary to make. Don’t you have to stir it constantly? And Bill Buford, one of my favorite authors, writes in his book “Heat” that at Mario Batali's restaurant Babbo there’s a version that take three-hours to make. Who has time for that?

But Buford lets loose a little secret—you don’t have to stir it all the time it cooks. And this was confirmed by an Epicurious recipe I came across from none other than Marcella Hazan, the authority on home-cooked Italian food. Her version is no-stir, too. She says that by covering it, there’s condensation in the pan and it results in a creamy version. I went to make her recipe the other night, delighted that such a reliable authority was suggesting it was okay to skip some key steps, but I failed to read her recipe through before I got started. According to her, it takes thirty-five minutes, covered, on a low heat.

I went ahead with it that night anyway, because I was dying for a batch. I cooked it on a higher heat and stirred it every so often. There’s something about the rich cornmeal taste and the creamy sensation on the tongue is only topped by the enticing aroma. I know I’m going heavy on the adjectives here, but I’ve just finished a batch and had a glass-and-a-half of wine, so sue me.

I first made a batch for Valentine’s Day, and I carefully followed a recipe I found in “D’Artagnan’s Glorious Game Cookbook.” It called for two-and-a-half cups of milk, half a cup of cornmeal, ¼ cup of Parmesan, 2 tablespoons of butter, and a whole lot of stirring. That was fine for a Valentine’s Day dinner (what is romance with about a bit of work) but Hazan’s no-stir recipe held the most hope for me.

She makes hers with water, but that didn’t sound very appealing. I ended up mixing half milk (I was short of it that week) and half water. This evening, I experimented some more, and I’m happy to report that if you have the time, the low heat “no-stir” covered way works, as does the higher heat, stir-pretty-often way, too. I put a batch on to cook on a super low heat just before starting to read to my girls before their bedtime. In between books I jumped up to stir the pot to keep the polenta from sticking. And soon enough the polenta was done. To put it in other words, don’t be afraid of polenta—show it a little love, and it will love you back.

Bring the liquid to a boil in a small pot that you can cover.

Whisk in the polenta and stir vigorously to remove all lumps.

Stir for a minute or two more, then cover and turn down to a very low heat.

Let cook for about a half hour or more, stirring every ten minutes or so to keep it from sticking on the bottom.

Stir in the butter and the cheese.

Add the salt and pepper and serve.

(Image courtesy of The Kitchn) 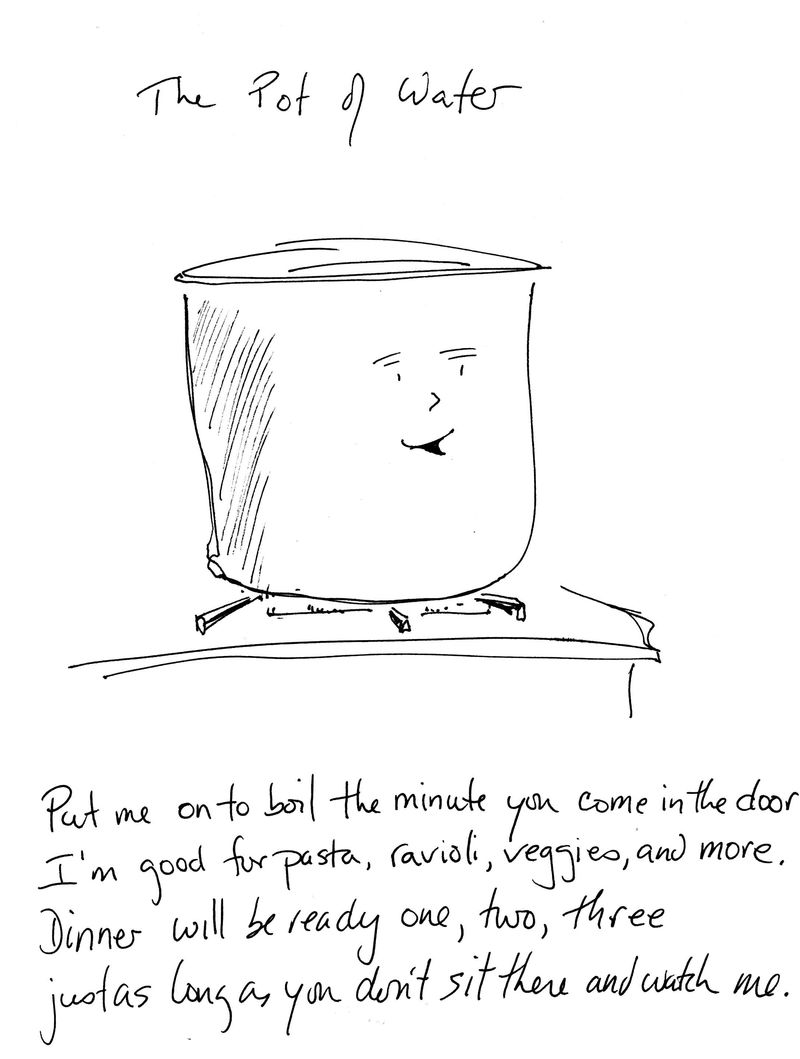