Home Archives About
Bacon, Egg, and Cheese Wraps—Inspired by Sargento
A Visit to the Brooklyn Grange 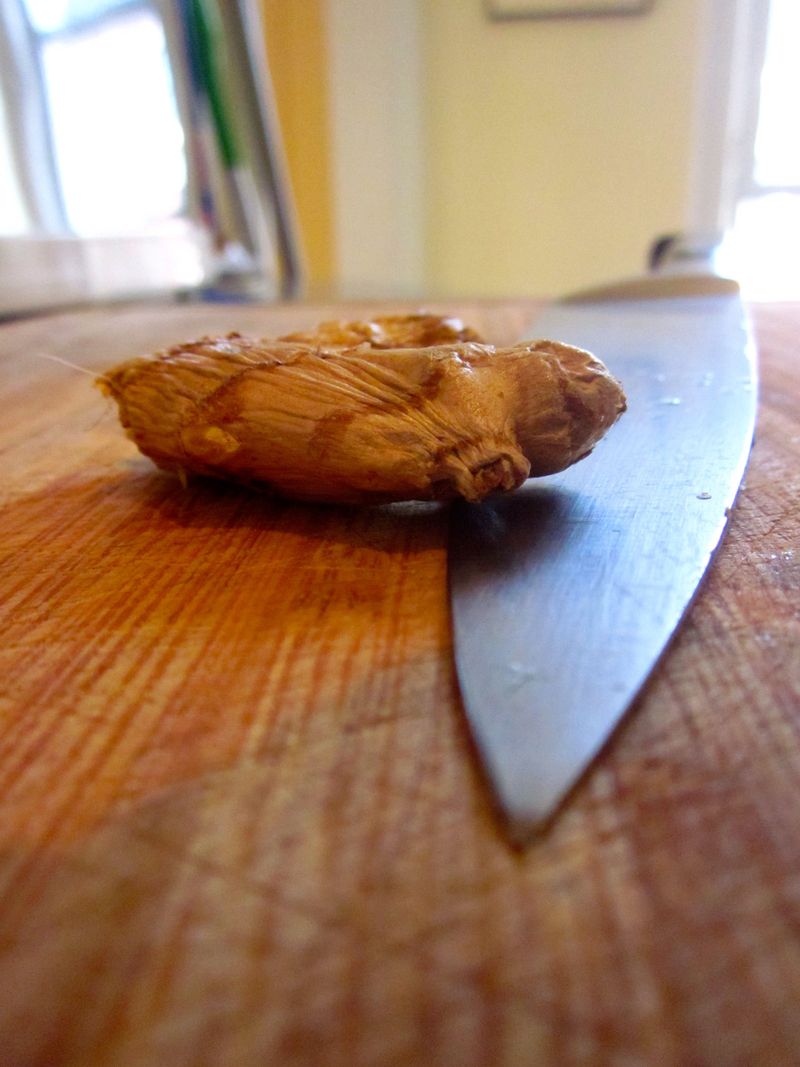 Santa Maria's company, ParentEarth.com, makes videos about food and families, and this past weekend we traveled to her alma mater to give a talk during reunion weekend. It was called “7 Secrets to Transforming the Way We Eat -- in Our Kitchens and in Our Country,” and my half of the talk featured many of the cartoons I’ve posted here, along with many of the tips I’ve mentioned, including the following: "Secret Number 2: Keep a Fully Stocked Larder."

So, you can imagine my surprise and chagrin this morning when, back at home and halfway through my favorite dhal recipe, I had to stop cooking because I was short two key ingredients. The only ginger I could find in the fridge was a shriveled piece that looked more like a witch’s knuckle than anything I could cook with (the bit of green mold was a nice touch). And I was fresh out of lemons.

Santa Maria was out on a bike ride, so I frantically texted her. She picked up the ginger, but the coop didn’t have any lemons. There must have been a memorial-day run on lemonade. Or maybe it has been the warm winter and early spring that has caused a shortage. Apparently, the weather has caused massive troubles for Good Humor, which, the Wall Street Journal is reporting, has run out of its famous Toasted Almond Bar for the whole summer. Because of the high demand during the warm spring, their whole supply is gone.

But I wasn’t going to let global warming stop me from making my dhal. Luckily, I had limes on hand that I could substitute, and they worked just fine. I used them same way as the lemons, but took them out a bit earlier to keep the soup from getting bitter.

Red Lentil Dhal
Heat the oil in a heavy sauce pan
Add the onion, bay leaves, and cinnamon stick
Saute until the onions are translucent
Add the garlic and the ginger and the cayenne
Continue cooking another few minutes
Add the lentils and stir to coat them with oil
Add the chicken stock and the water
Add the lemon juice and the squeezed halves of the fruit
Add the salt
Bring to a boil
Reduce to a simmer
Cook for about a half hour, until the onions mostly break up and the lentils more or less dissolve. If it looks like it needs more water, add some.
Notes:
This freezes remarkably well. It is best served with rice. To make it more fancy, caramelize some onions to go on top, along with some plain yogurt, and some chopped cilantro.