A Visit to the Brooklyn Grange 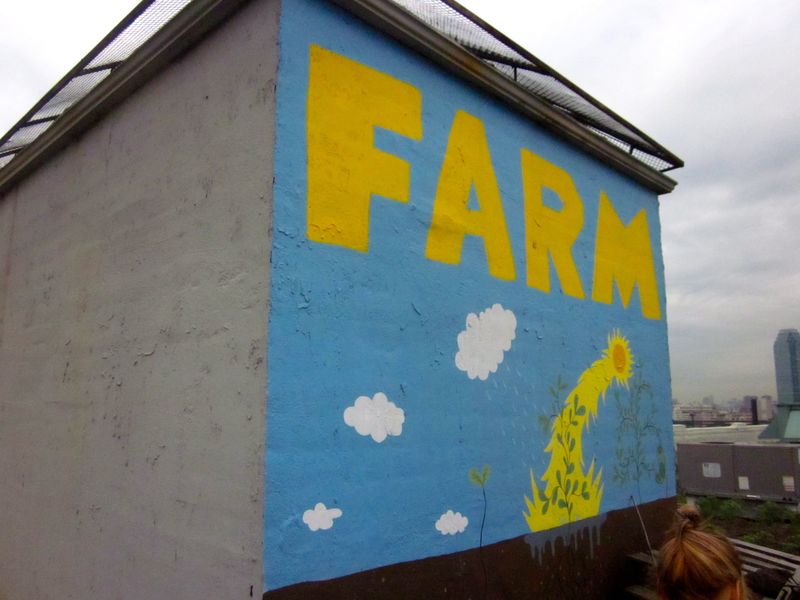 It’s a slightly slow time at work, and I took the opportunity to accompany Nina on a school trip this morning. Her class visited the Brooklyn Grange, the world’s largest commercial rooftop farm, which sits atop a 40,000 square-foot (that’s about an acre) roof, in Long Island City, Queens (why the Brooklyn Grange is in Queens is a long story, but the good news is that the farm, which is in its third year, is doing so well, that it is expanding to its namesake borough).

After a forty-five-minute ride to the farm with, let’s just say, highly energetic first graders, I was missing my desk job quite a bit (whatever it is they pay teachers, it can’t possibly be enough unless it’s a function of decibels registered in a school bus full of first graders on the BQE in heavy traffic).

I was even pining for my time in the kitchen that morning, which, let me tell you, was as rushed as ever. Between dropping Nina off and having to return to the school to accompany the trip, I had a half hour, which, I’m proud to say, I used to knock out two pork loins and a batch of Harried Dad’s Aloo Gobi (which is becoming more true to its name as both the kids and Santa Maria have started to spurn it. Oh, well.) Doing my cooking in the morning, meant that dinner would be ready when I came home.

Once the bus stopped, we were on a typical street corner in industrial Long Island City, home to a number of the city’s auto dealerships and big-box stores. At the top of a wall of windows of an imposing building...

We came out on a rooftop full of green leaves and growing plants that said to me, “We’re not in Kansas anymore.” And sure enough we weren’t. In Kansas, that is.

The kids were treated to a tour of the farm, and I learned quite a bit. Did you know that there are six parts of a plant, and that humans eat them all?

The plants are grown in special beds that are full of nutrient-rich lightweight rocks, and the farm composts its own soil. The docent described the towering piles soil in the making as “compost lasagna,” featuring layers of food scraps and newspaper and wood chips. 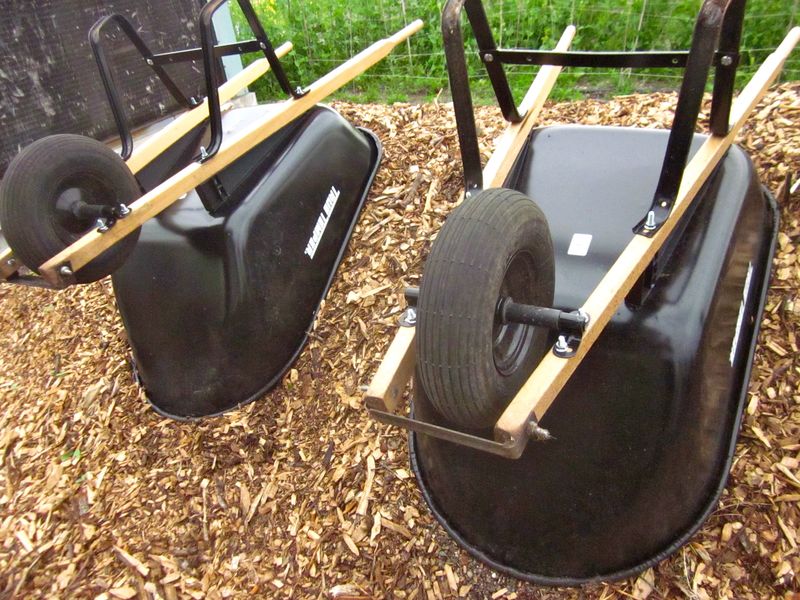 The temperature reaches 180 degrees inside it, as worms chomp through garbage and turn it into a soil so rich that farmers call it “Black Gold.” 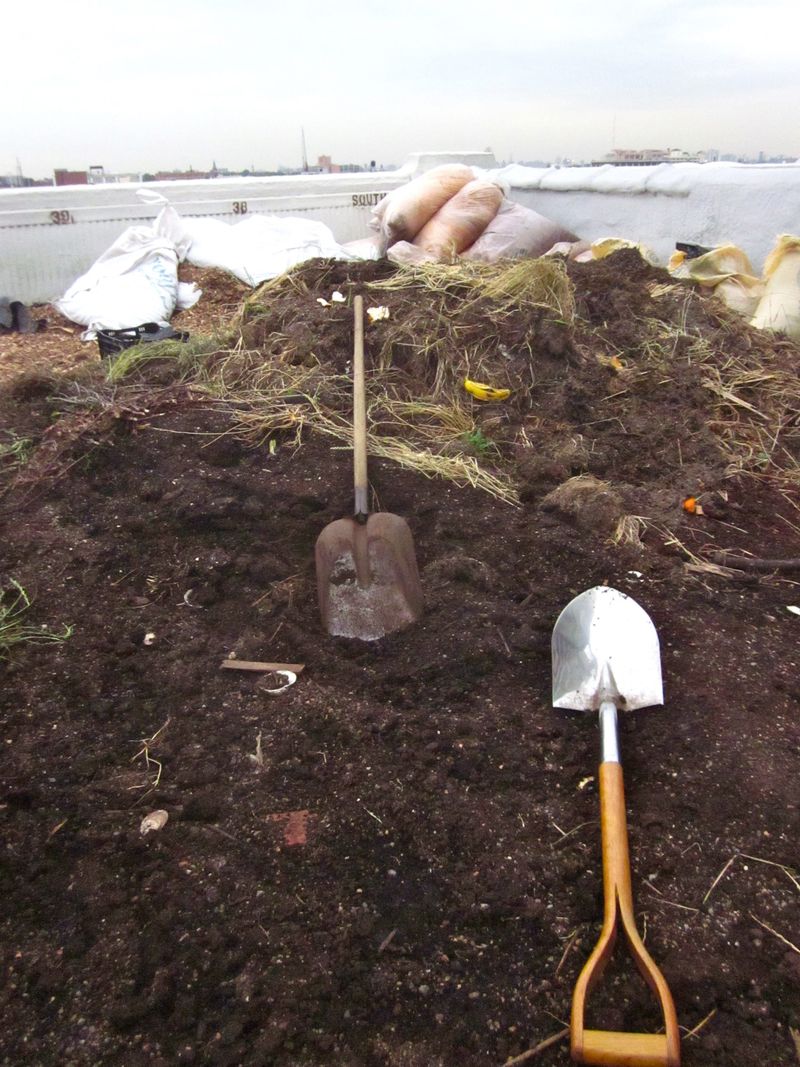 And they even let the kids play with the soil.. 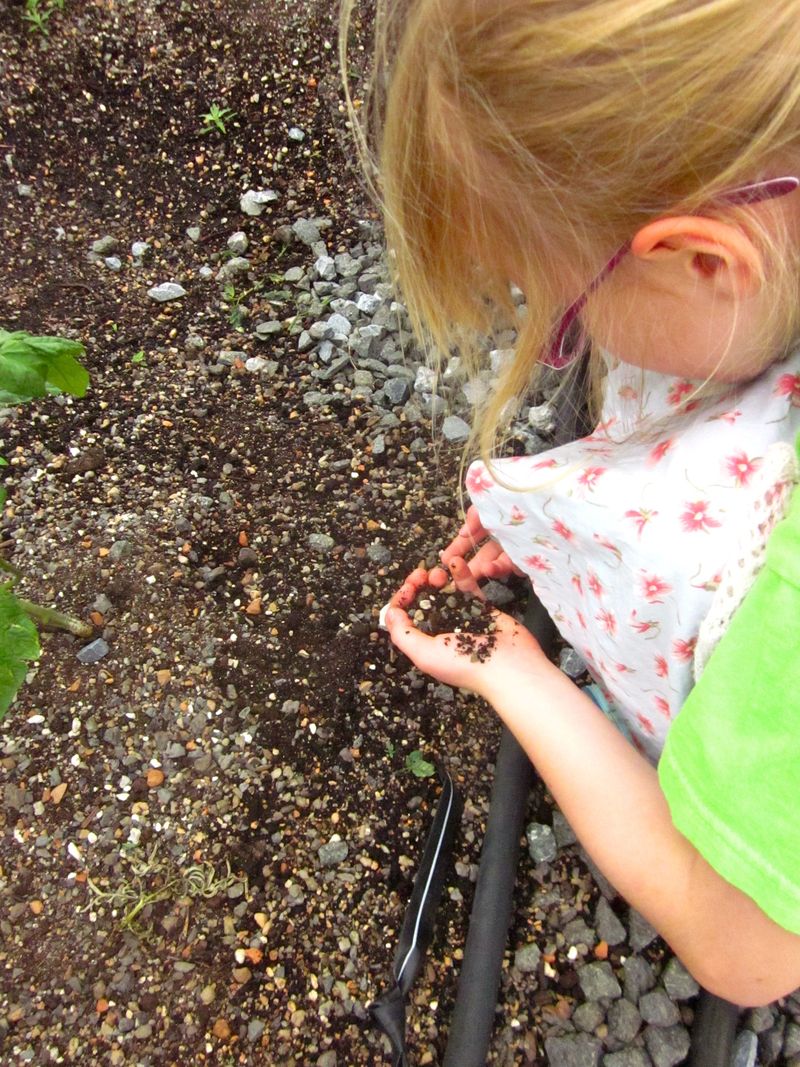 The Brooklyn Grange is a commercial farm, and it sells to restaurants and to the public. You can learn more about it by reading this great article in Nona Brooklyn, or visiting the farm's site. I encourage you to go check it out in person, too. It is well worth the trip.