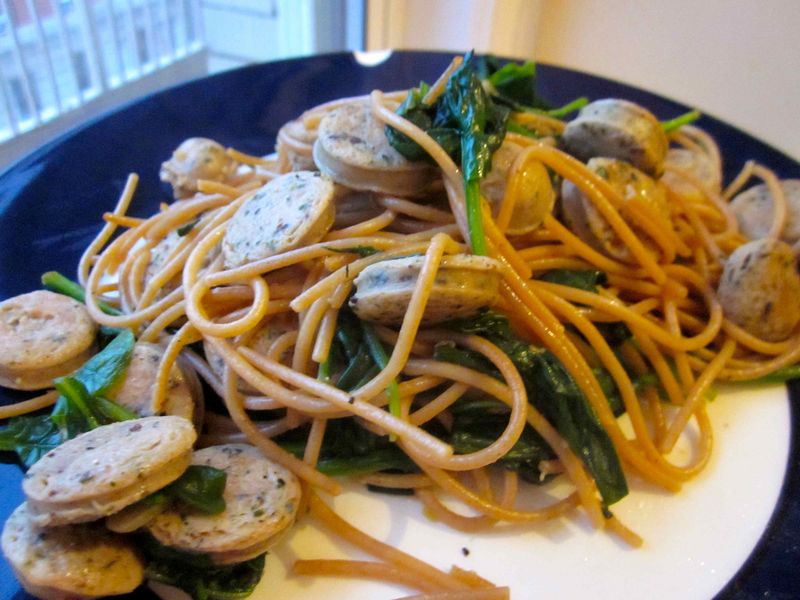 The more my children age, the more I realize that we are in a race against time. Soon, they will be teenagers, then young adults, then, perhaps, parents themselves, and I’ll be in once place and one place only, that place that Tolstoy alluded to in his story “How Much Land Does a Man Need?” (the answer, of course, is six feet).

And if the race isn’t big, it’s small—the race against low blood sugar and getting the kids in bed. The race to eek out some leisure time between work and going to sleep. The race to get food on the table.

I recently picked up a new book, “Culinary Intelligence: The Art of Eating Healthy (And Really Well)” by Peter Kaminsky. I got to know Kaminsky when I put together my book, “Man with a Pan: Culinary Adventures of Fathers who Cook for their Families,” which came out last Father’s Day. Kaminsky was one many contributors, including Mark Bittman, Jim Harrison, Stephen King, and Mario Batali, who talked about what it takes to keep their wives and children well fed. I haven’t had a chance to read “Culinary Intelligence” yet, but I’m sure it’s full of good advice. The title of one of its chapters, “It Starts With the Ingredients,” sums up my approach to cooking.

I had the right things on hand tonight when I came home from work a tiny bit earlier than usual. I put a savory dinner on the table in fifteen minutes, which gave me enough just enough time to eat a meal with my children before they went to bed, and before they’re all grown up.

Here’s how I did it (Pinta took the pictures!)

I diced some garlic. 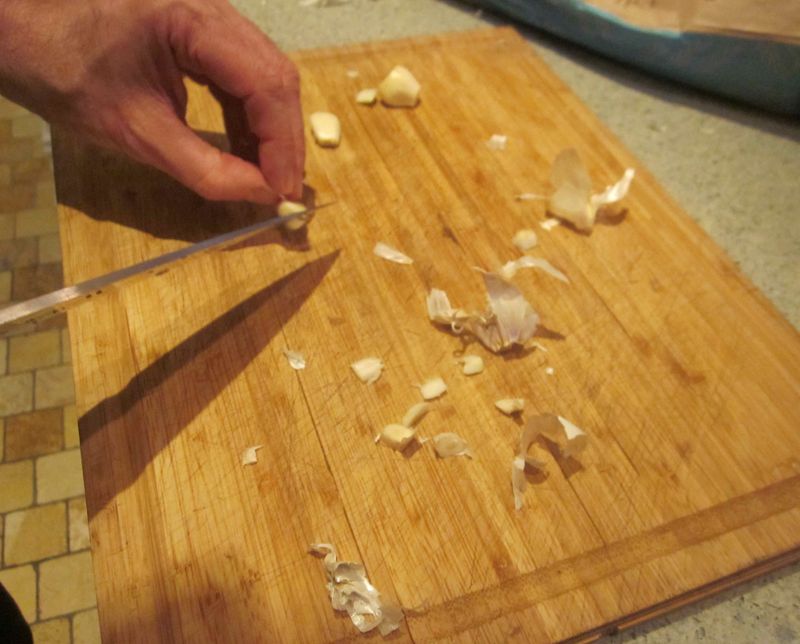 I sliced some D’Artagnan chicken-truffle sausages and browned them gently in a large frying pan. As soon as they were brown, I took them out of the pan and added some olive oil and sautéed the garlic in the residue from the sausages, building a flavor base. I tossed some crushed red pepper in to the pan. (Pinta tried but couldn't capture these steps).

Then I added spinach. Prewashed is key for saving time. 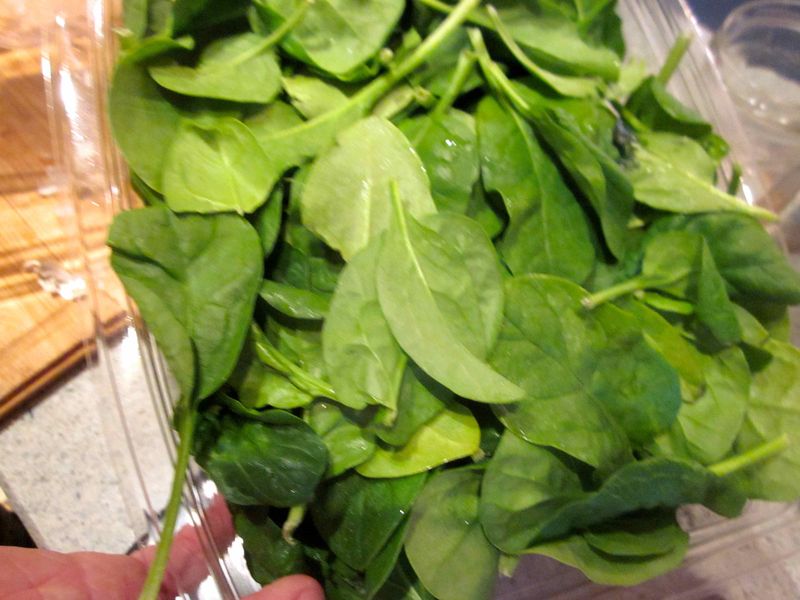 My next ingredient was pre-cooked (read left-over) spaghetti. (But if you wanted to make if fresh, it wouldn't cost you any time, just make boiling water your first step, and then it can cook while you chop the garlic, brown the sausages, etc).

Then I combined everything.

And then I stirred it all about and grated some Parmesan over it. 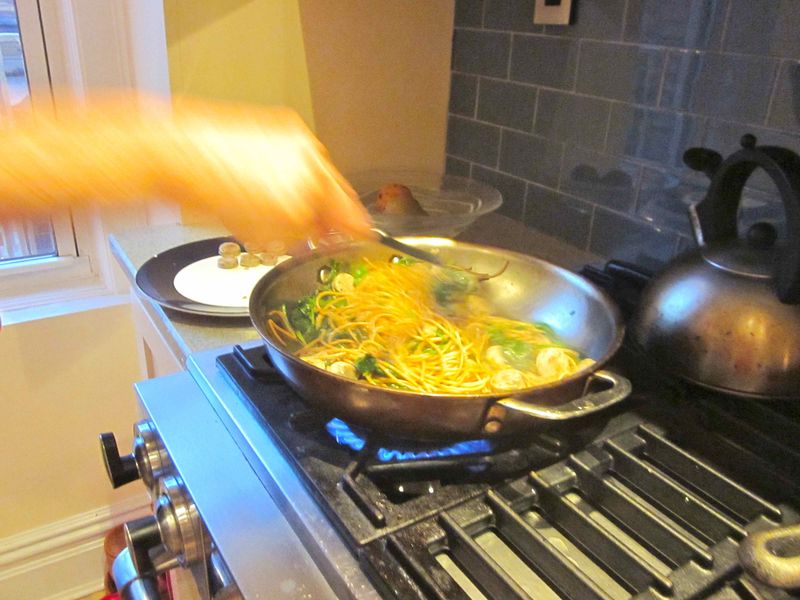 And voila, it was all done. 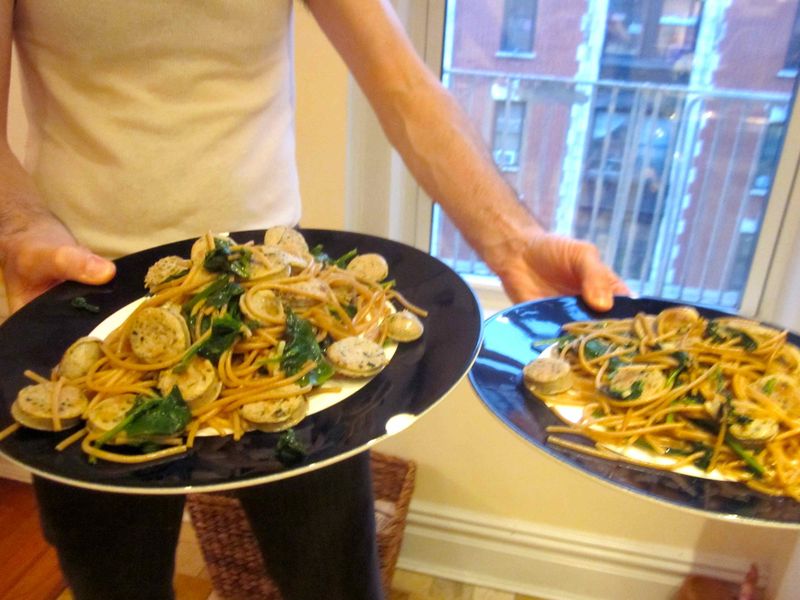