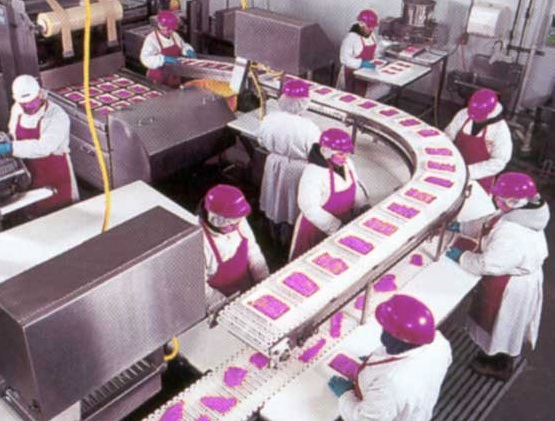 In my more imaginative moments of cooking for the family, I would pretend that I was running a restaurant. I would hunker down, step into my mise en place, and get my mirepoix on. I’d sweat out getting the plates from the kitchen room to the dining room in timely fashion. I’d make sure everyone’s order was met.

I never really thought I was running a restaurant, of course, but I now realize that I am actually running something else—a prepared-food business. My job is managing the food coming in, and adding value by turning it into sauces, stews, soups, and things that can be frozen and eaten by Santa Maria and the kids with the least effort. I make pesto, Bolognese, chicken soup, and I keep them in the freezer. So, as it can happen, when work or something else keeps me out of the house, come dinnertime, no one goes hungry.

Last night at dinnertime, before I came home, Santa Maria pulled a block of pesto from the freezer and mixed it with a roast chicken I had left in the fridge. Pronto, the wife and kids were fed. I had a coop-board meeting to go to, so, in the five minutes I had before I had to go out again, I grabbed a Siggi’s yogurt. I wasn’t too hungry because I’d had a late lunch (and a wicked hearty one, at that—my newly discovered Lentil-Bulgur-An-!@##@%&%!-douille Sausage soup), and that was enough to tide me over.

But when I got home from the meeting, I was peckish. The kitchen was closed down. All the dishes were done. I looked in the fridge, and found some pancake batter that was leftover from the weekend. I spied a package of ham and an old heal of Emmentaler. Bingo! I could make pan-crepes.

I poured the pancake batter into the buttered frying pan, and spread it as thin as I could. 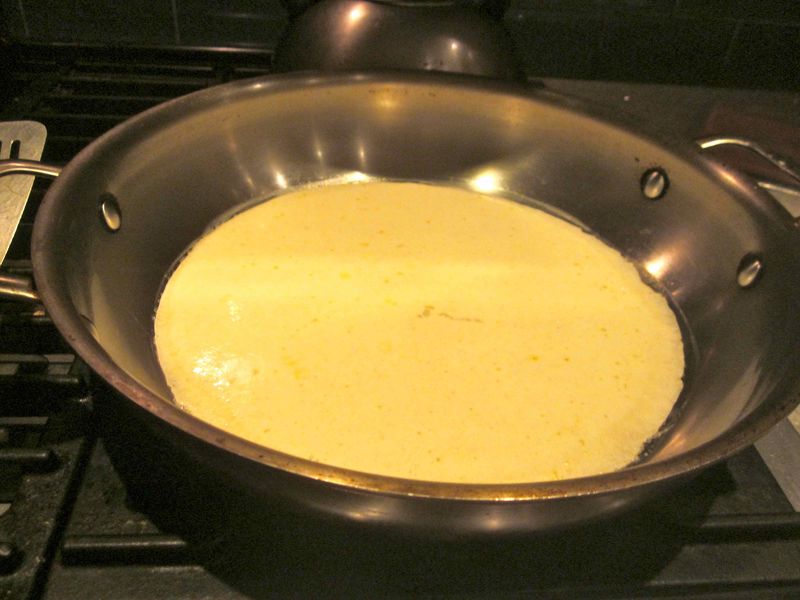 I fried the ham up in a separate pan. 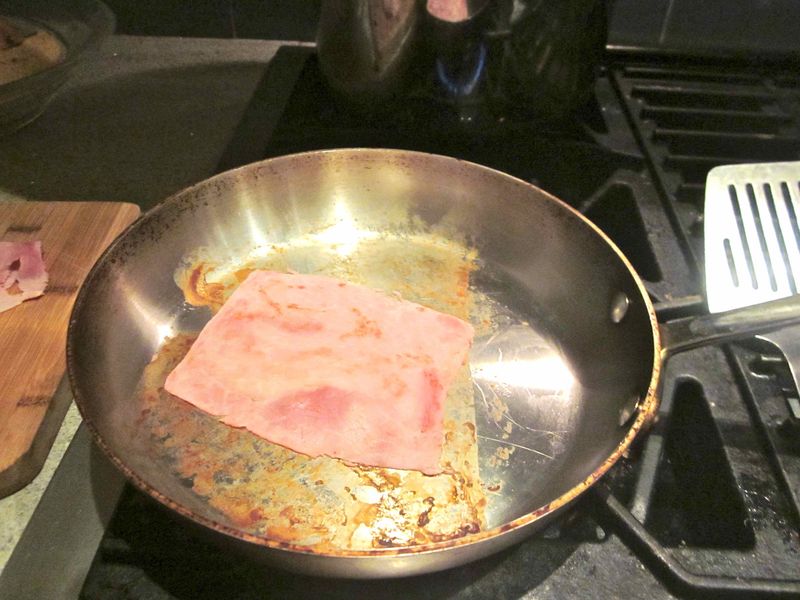 I sliced the cheese thinly as the pan-crepe cooked on one side. As soon as it was finished, I flipped it, layered the cheese and then the ham, folded it over, and folded it once more before plating it.

I paired it with an arugula salad, and dinner was ready. How I had washed and fresh arugula ready to go on a moment’s notice is a trick of my prepared-foods branch, and I’ll tell that in a subsequent post.