How to Clean Winter Greens: And a Kale Chip Recipe 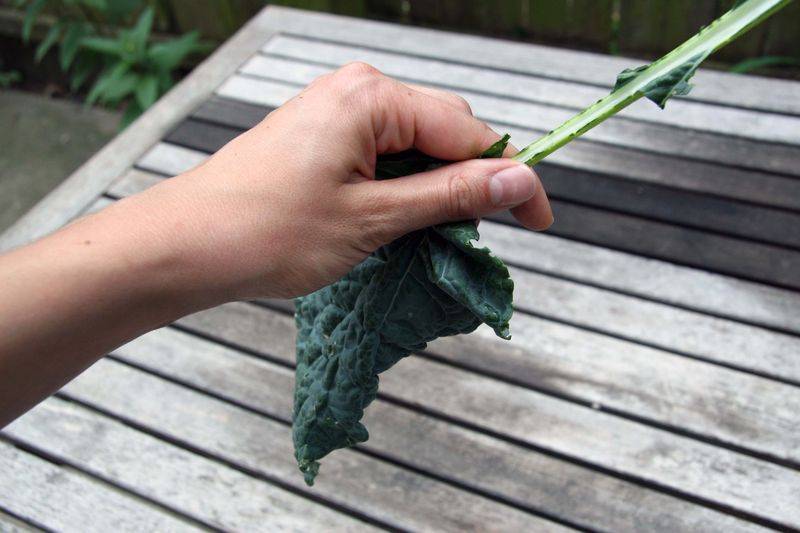 On Tuesday, I was having an email conversation with a work colleague on the West Coast, when, out of the blue, she ended her one of her messages by saying “I just made your kale chips. WOW. Addictive.” I was delighted by this. I don’t always hear from my readers, and I’m glad to know that I’ve made someone’s life better, half a continent away, one mouthful at a time.

I mentioned to her that one way to improve the recipe is to roast the kale for the requisite time, and then turn the oven off, and leave it in oven while it cools. If you make them in the morning, and then leave them the rest of the day, you’ll have a great snack in the afternoon. This would even work with someone who had to go to an office. Cook them before you leave the house, and then turn off the oven, go to work, and come home to crispy, savory, neigh addictive, kale chips.

She said that she had used Trader Joe’s prewashed kale, and that the pieces were nice and small. “Next time I'm going to get whole leaf kale (and I think I'll plant some this summer, to go totally native),” she said “and have bigger pieces.” I asked her if she knew how to clean the leaves. “I usually just strip it, and it comes off nicely, but I'm no expert,” she said, adding “Is there an easy way to pull off the leaf?” No, I said, I just wanted to make sure you weren’t using a knife.

“A knife?” she replied “Ha! Never.” I told her she was doing it the right way, but then this evening I happened to look on the Internet. I found countless videos directing people to use a knife to clean winter greens. Really, I have to tell you: There’s no reason to do so. Just grab the stem with one hand, and use the other hand to strip the leafy part off. It’s very gratifying, and very easy. Trust me, you can do it.

Lay the kale out on a baking sheet, and spritz with olive oil, sprinkle with the juice, and dust with salt (if you don't have a spritzer, mix oil, kale, and seasonings in a bowl).

Bake in the oven about 30 minutes, or until the leaves are crisp.

Turn the oven off, and let them rest in the oven for an hour or longer.