The Picture of a Perfect Saturday 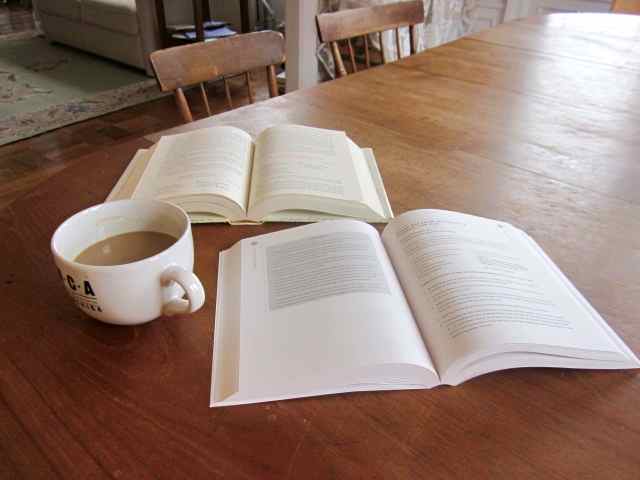 The house was quite as I sat down to plan dinner. Santa Maria was on the playground with Nina and Pinta. I was just back from a run, and after I showered, I poured myself a big cup of coffee with steamed milk and opened two cookbooks, Debbie Koenig’s “Parents Need to Eat Too” and Marcella Hazan’s “Essentials of Classic Italian Cooking.”

My in-laws were coming to visit, and I was going to make a roast chicken. We eat organic, free-range chickens, and they are great, but they are small. One usually feeds the four of us. Now, I had two more mouths to feed with the same-sized bird.

I decided to make Koenig’s “Baked Macaroni with Ricotta, Spinach, and Mint” to stretch the meat. Her dish is nominally Italian, with a ricotta and red-sauce base, so I figured my usual ginger-lemon-thyme chicken might not go so well. I thought Hazan might have a good recipe for an Italian roast chicken.

She had did have one, with rosemary and garlic, and it was divine. I also made the pasta, and it was a big hit. “I like it but I don’t like it,” Pinta said. But then she asked for seconds, and you can't argue with that. I’ll have the full report, complete with recipes, early next week.