Home Archives About
Sardines, a Quick and Easy Lunch Unless You've Been to Art School
Go Giants! Game-Day Frikadeller Recipe 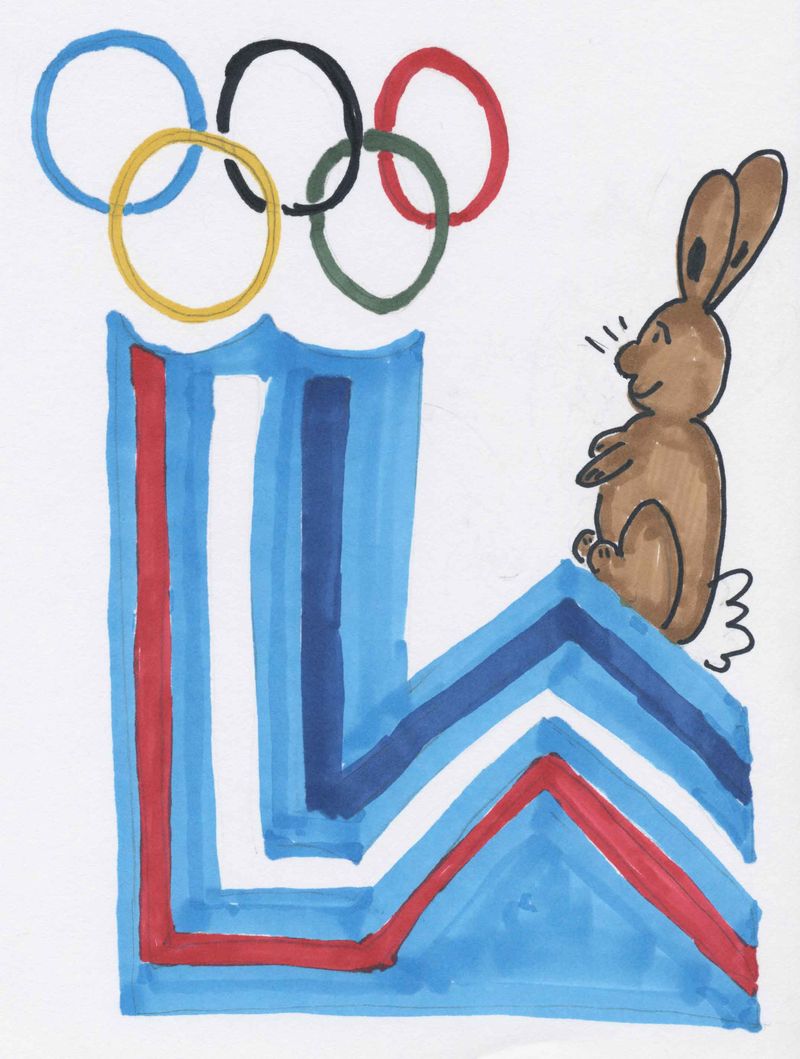 As I mentioned earlier, I cooked up a delicious rabbit stew while on vacation recently in Lake Placid. Just this weekend, after I returned, I had a chance (call it twenty-minutes—where does the time go with a family???) to throw together the above drawing, because, as I also mentioned, the stew was so good the night I made it, that I forgot to photograph it.

I was inspired to make the stew after reading the recipe in the New York Times. It’s by David Tanis, and I saw it in his great column, “City Kitchen.” The headline is for a braised rabbit stew, so when I was packing to go away, I threw my trusty Le Creuset  cast-iron casserole in the trunk of the car, before heading north.

On my way out of town, I didn’t bother to read the driving directions my friend had sent me, and I became flummoxed upon exiting the George Washington Bridge. I had Googled the route, though, and I took an educated guess. Route 4, to Route 17, turned out to be a fine way to go, and I was reminded of this misadventure when I finally took out the newspaper clipping and read the recipe through fully in Lake Placid.

Tanis’s column didn’t mention anything about using a casserole, but damned if I had lugged that heavy iron pot three hundred miles for naught. I was going to use it, recipe or no recipe.

I also didn’t have porcini mushrooms. And I didn’t have chicken stock. So I used vegetable stock, and snuck in an anchovy or two to boost the flavor. Tanis had written that the proportions of the recipe “are forgiving and not etched in stone,” so I figured the ingredients might be forgiving, too. And sure enough, the dish was delicious.

His recipe calls for cooking the rabbit for about an hour in the oven. I was doing it on the stovetop, so I had to guess when it would be done. The nice thing about a braise, is that it is very forgiving. As it turned out the night I served it, everyone needed to get their children into bed before eating, so it sat on the stove for well more than an hour. The meat was falling off the bone by the time we ate it, and there was nothing left when we were done. I served it over couscous.

Cut the rabbit into 9 pieces (or ask your butcher to) as follows: with a sharp cleaver, cut the saddle (center portion) into 3 pieces, leaving the kidneys attached. Cut the front portion (front legs) in half through the backbone. Chop each hind leg into 2 pieces.

Heat 1/4 inch of olive oil in a Dutch oven. Season the rabbit pieces with salt and pepper, then dust lightly with flour. Lightly brown the rabbit for about 3 minutes on both sides, working in batches. Set aside

Pour off the used oil, wipe out the pan and add 2 tablespoons fresh oil. Heat to medium-high, add the onions and the anchovies and cook till soft, about 5 minutes. Add the leek, garlic, rosemary and mushrooms. Season generously with salt and pepper, and add red pepper flakes to taste. Cook for 2 minutes more, stirring.

Add the chopped tomatoes and wine, and let the mixture reduce for 1 minute. Add the broth, bring to a simmer, taste and adjust seasonings.

Return the rabbit to the dish. Cover the dish, and simmer for about 1 hour. Let rest 10 minutes before serving.