Home Archives About
Thanksgiving Fallout: A Tasty Oatcake Recipe
Who Does the Shopping?

The Return of the Cioppino 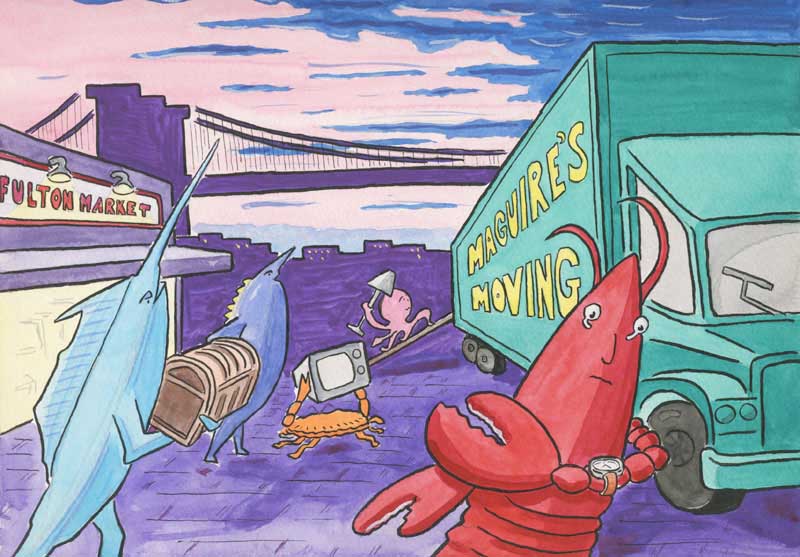 Once, a little over a decade ago, at a time when the Fulton Fish Market was planning its move from its long-term home in lower Manhattan to its current location in the Bronx, I was approached by a literary agent with a book idea: write a history of the market, with the help of a fishmonger who worked there. He put me in touch with a fishmonger, and we expanded the concept to include recipes from his fellow purveyors. We were going to make it a cookbook.

We had a few meetings, and I started to work on the book. Many sleepless nights ensued, when I would get out of bed at 3 a.m. to catch the tail end of the market, which runs while the rest of the world is in bed (or dance clubs, depending on your idea of fun).

Soon, though, it became apparent that the idea of making a cookbook with recipes from fishmongers was fatally flawed. Fishmongers, for the most part, don’t cook. There were plenty of suggestions to put Old Bay on things, but that hardly made a cookbook. I dropped the project.

The fishmonger did leave me with one of his recipes, though. Well it wasn’t really a recipe, but a suggestion for one. He liked to make a cioppino, or fish stew, that he declared got its name because it was a catch of the day kind of thing, made with what ever you could “chop up” and throw in it.

I’ve since learned that the Times (and Wikipedia) beg to differ. It’s some kind of San Francisco thing, according to them, in spite of its Italian-sounding name (it has roots in that country, apparently).

The cioppino came back into my life the other day, when I was visiting a friend, Paul Greenberg, and he made it for dinner. Greenberg, the author of “Four Fish: The Future of the Last Wild Food,” knows his way around the kitchen and the fruits of the sea. Here’s how he prepared it:

You fry all this up and douse it with wine, let the wine boil off and add the fumet.  Boil for about 15 mins then let sit for 30-60 mins (the longer the better)

The recipe I was working from calls for clams, scallops, mussels, shrimp and crabmeat.  All I had on hand was shrimp and striped bass.  I shelled the shrimp and boiled the shells in a metal strainer in the base to give it a little more flavor.  I poached the seafood in the base for abou5 3-5 minutes until a little underdone assuming it would cook more on the stove.

Notes: This is adapted from adapted from Rick Moonen's "Fish without a Doubt." Details are on page 317 of the book, and I have to say if a fish expert like Greenberg has Moonen's volume on his shelf, you should too. And if I was going to mess with Moonen's recipe as much as Greenberg did, I'd have no qualms about substituting chicken stock for the fumet. Here's how the final dish looked: 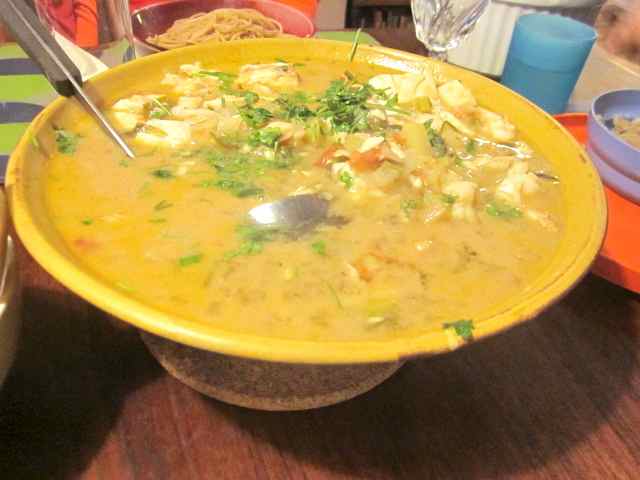