Progressive Dinner Wrap Up: A Meeting of the Macaroons 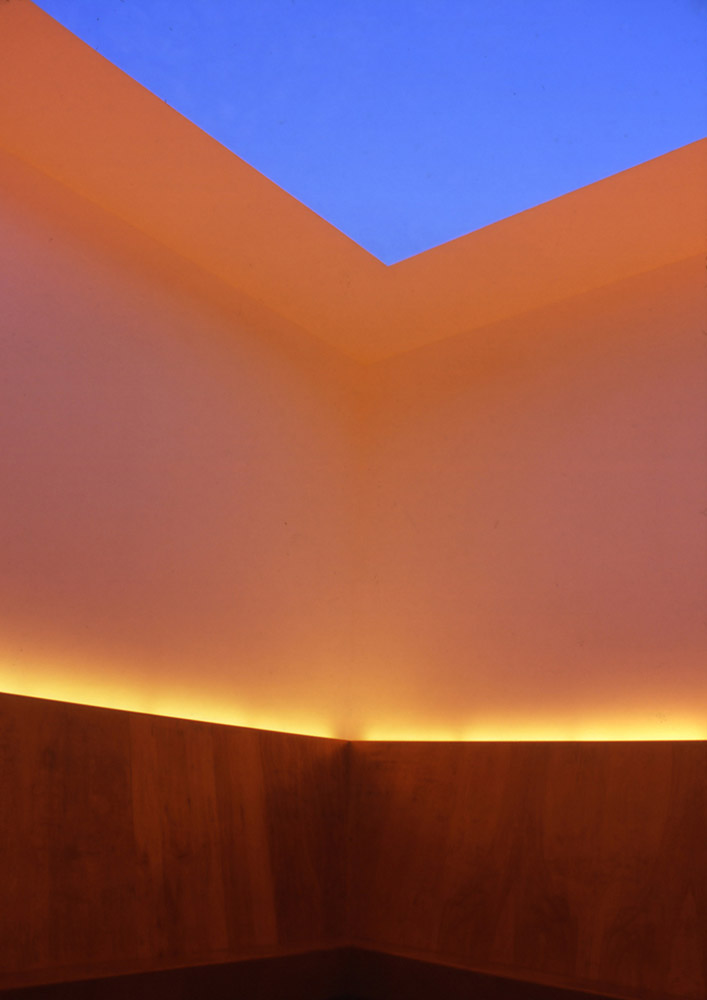 Friday was Veterans Day. I had to work, but the children had the day off from school, and Santa Maria took them to MoMA PS1, the contemporary-art museum in Long Island City. When they were there, they had a chance to see one of my favorite pieces of art, James Turrell’s Meeting (1986).

That’s a picture of it, above, and according to the museum, “Meeting is composed of a square room with a rectangular opening cut directly into the ceiling. Carefully calculated artificial lights produce an orange glow on the white walls of the room, permitting the viewer to appreciate the intensity of the sky’s color. As Turrell described it: ‘There’s this four-square seating that’s inside, seating toward each other, having a space that created some silence, allowing something to develop slowly over time, particularly at sunset. Also, this Meeting has to do with the meeting of space that you’re in with the meeting of the space of the sky.’”

“Meeting” is usually only open, weather permitting, in the afternoon, but because it’s a part of the museum’s “September 11” exhibition, it has extended hours. Nina, Pinta, and Santa Maria were able to visit it when they first arrived. Afterwards, they had lunch at the museum’s café, where they picked up some macaroons. Later, they brought the cookies home to me.

Now it’s my turn to bring some macaroons home to you. To follow up on my progressive dinner experience, I’m sharing Rebecca Christiansen’s macaroon recipe, from her amazing progressive dinner. The recipe is her grandmother’s, and it sounds delicious:

Preheat oven to 350°F. and lightly butter a baking sheet, put parchment over the butter and then butter the parchment - goofy but it makes the bottoms of the cookies nice and crispy but not crunchy. .

In a food processor you can pulse the almonds with granulated sugar until its a powder.  Add egg white, almond extract, and a pinch salt and pulse until combined. Roll mixture into 16 balls, about 1 inch in diameter, and arrange about 2 inches apart on the baking sheet you prepared.  Take a drinking glass and flatten the balls and dust lightly with confectioners' sugar. Gently press 1 almond into each cookie.

Bake macaroons in middle of oven 10 minutes, or until pale golden.

*You can also color these with a couple squeezes of a gel food color - I made them pale red (not pink but not full on red because I find red baked goods alarming) for our Illini party.  You can also frost them and sandwich them together.  But its best you eat them in three to four days.

**Frost - I mean chocolate ganache but there is an almond extract frosting that would work nicely with all the other almond flavors.

***Okay so my bubbe substitutes amaretto for the extract with great results, I only say that because sometimes you can't put alcohol in the mix you know?