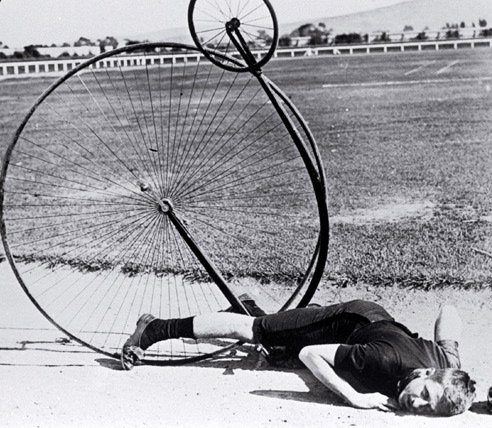 Over the weekend, I had a chance to work on my steak-cooking skills. We don’t eat red meat very often, at least not steak, and so I’ve never felt confident about cooking it. The more I make it, though, the better I get at it. It's a bit like learning to ride a bicycle.

On Saturday, we threw a dinner party for my brother-in-law’s fiftieth birthday, and I took the gamble of serving steak. I had six steaks to cook, and I filled the house with so much smoke it looked like a Civil War battlefield. I knew this was going to be the case, so I had sent Santa Maria and the kids out of the house for a half hour. I was left along with the meat.

I have a crutch when I make my broiled leg of lamb—the instant-read meat thermometer, and I figured I could use it to help insure that I got the meat right. I was feeling a lot of pressure—my brother-in-law is from Texas, and he’s the one who schooled me over the summer on how to grill steaks. I had to get these right.

Three different cuts of meat—New York strip, rib eye, and Delmonico—were before me, and they were each of a varying thickness. I took them out early, got them to room temperature, and salted them heavily. I heated a cast-iron pan until it was smoking, then rendered in the pan the big side strip of fat on the steak. I charred one side nicely on a high heat, then flipped them and turned the heat down.

I was cooking the meat about an hour or two in advance of the dinner party, so I wouldn’t have to work when my guests were here, so I knew I would have time to let the meat sit. This, it turned out was key. I cooked each steak until it was 125+ degrees internally (raw, according to the printing on the thermometer's dial), and figured I had it made. The steaks would sit while we had our drinks, and they would be nice and pink inside.

Alas, it didn’t turn out exactly that way. A few of the cuts were a bit too raw inside for me. I think that next time I will cook them to 130 degrees, and see how that goes. It didn’t make a difference the night of the party, though. At the last minute two guests cancelled because their child was sick, so there was more than enough well-cooked food for everyone.

Nina and Pinta gobbled up their servings. It was the first time they ate steak, and unlike other new foods, it one went down without any problem. In fact, we had steak for lunch the next two days, and then we ran out. That didn’t stop Pinta from asking for it at the other evening. When I told her I was serving flounder, she said, “Why aren’t we having steak?” Yes, why not, indeed.

I served the steak with fennel risotto, and a simple mushroom sauce. The sauce proved to be as popular as the meat; here’s the recipe.

In a good sauté pan, sauté the shallots in a bit of olive oil until they are soft.

Set the shallots aside.

On a high heat, sauté the mushroom slices until they brown a bit on the edges. You don’t have to cook them all the way. Work in batches, if necessary, and don't crowd the pan.

As each batch of mushrooms cooks set them aside with the shallots.

When the final batch of mushrooms is cooked, toss the shallots and the previously cooked mushrooms back in the pan. Add the wine and the butter and reduce to desired thickness.

Salt to taste, and if you have a herb you like, such as thyme, or tarragon, by all means add that, too.

Server with the steak, and allow guests to spoon it over their cuts of meat.