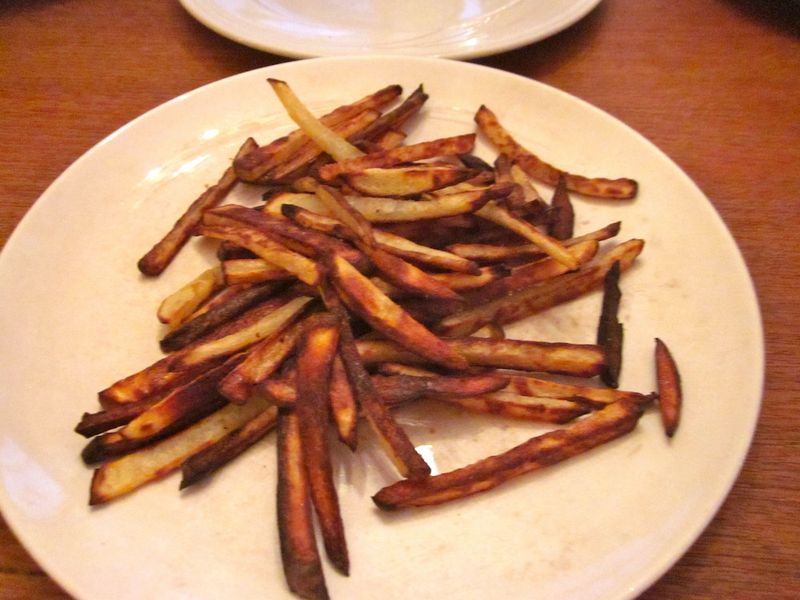 One of our favorite rituals is going to Bark, the high-end hot-dog place near our old house. Bark is wonderful, and I love it, but it has a few strikes against it. First of all, eating hot dogs, French Fries, and beer for dinner every night is a quick way to a short life. And if you frequent Bark, you risk going bankrupt before you get to the grave—it's expensive.

Don't get me wrong. I think Bark is amazing, and for a special treat, it's one of my favorite places to take the family. But as the dad who does most of the cooking at home, I need to feed everyone, whether it's a special night or not.

Recently, I tried to recreate the Bark experience at home. The hot dogs were easy to replicate (sort of, that is: my Applegate Farms organic dogs were delicious, but they were a far cry from Bark's, which are basted, “like a Peter Luger porterhouse," according to New York Magazine, "with housemade smoked lard butter”).

But the fries were another question. Could I make French fries at home? Or at least something close?

I don't have a deep-fat fryer, and I've never used one before. I wasn't about to start now, so I turned to the oven. It had worked for me before: my rosemary roasted potatoes are always popular, so I figured I had a chance. 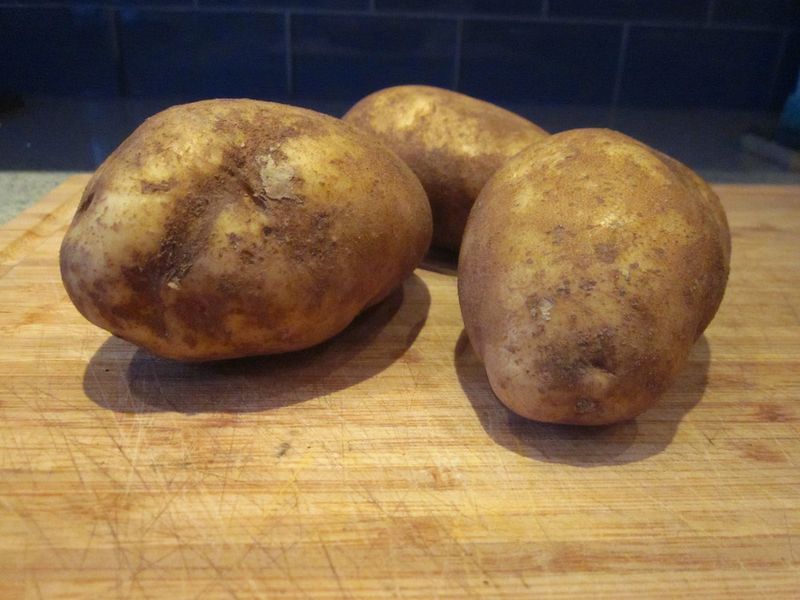 I started with three potatoes. 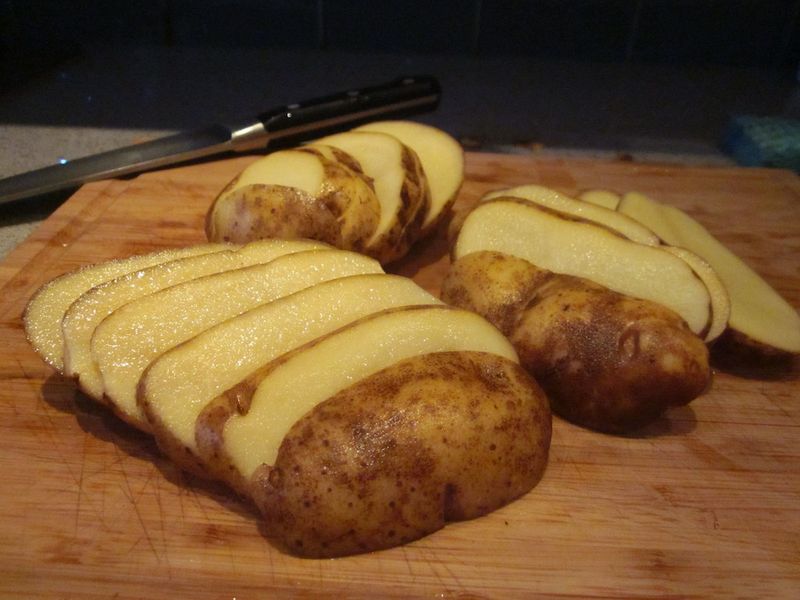 I sliced them lengthwise. 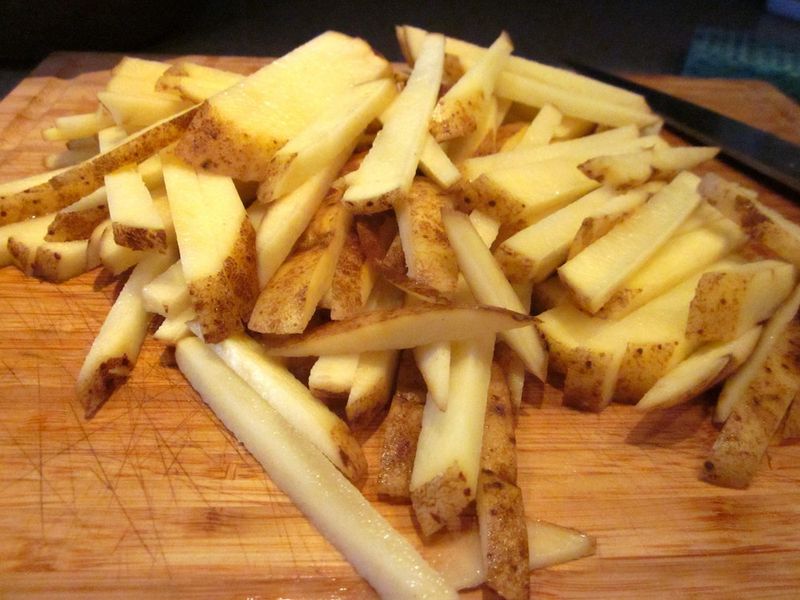 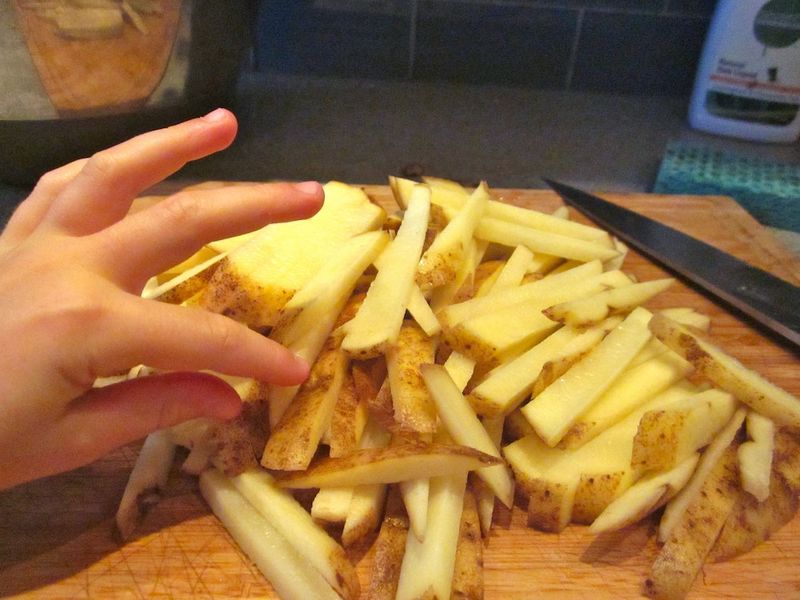 And kept little hands out of them. 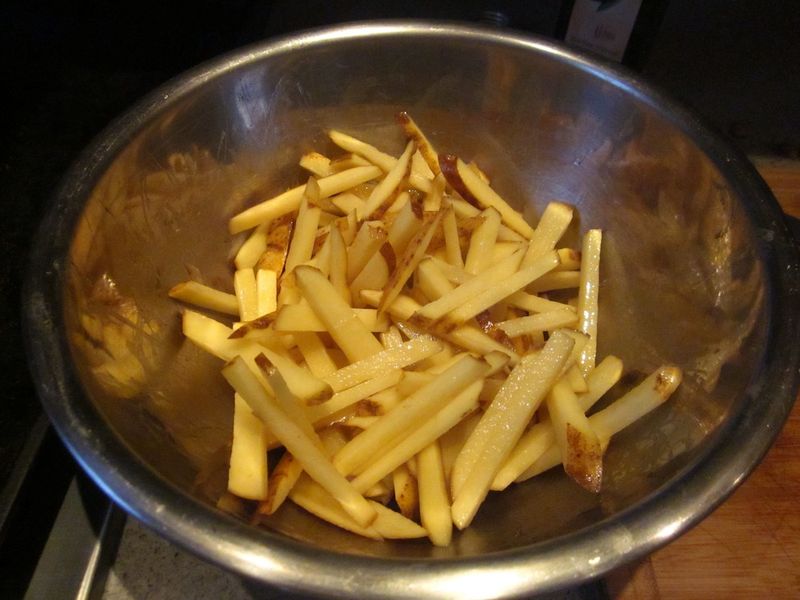 Then tossed them in a bowl with a bit of olive oil and salt. 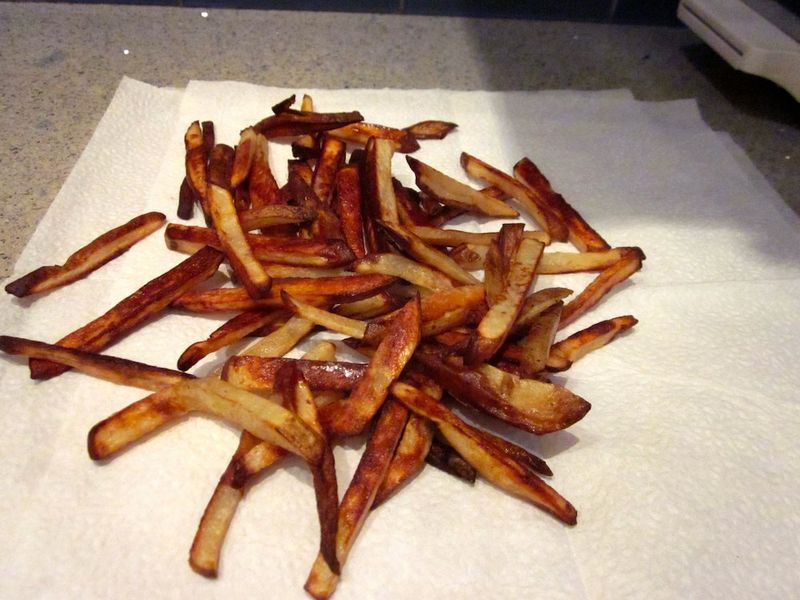 After spreading them out on a cookie sheet and roasting at 450 degrees for about twenty minutes (all the while carefully keeping an eye on them, and shaking them around every so often), I dropped them on paper towel to remove the excess oil.

The kids were happy enough with them, though they knew these weren't real French fries, and they knew we weren't at Bark. We had a good time, all the same, and next time I do it, if I don't get around to deep frying the potatoes, I will be sure to cut them into as small sticks as I can manage. The smaller they are, the faster they cook, and the crispier they become.