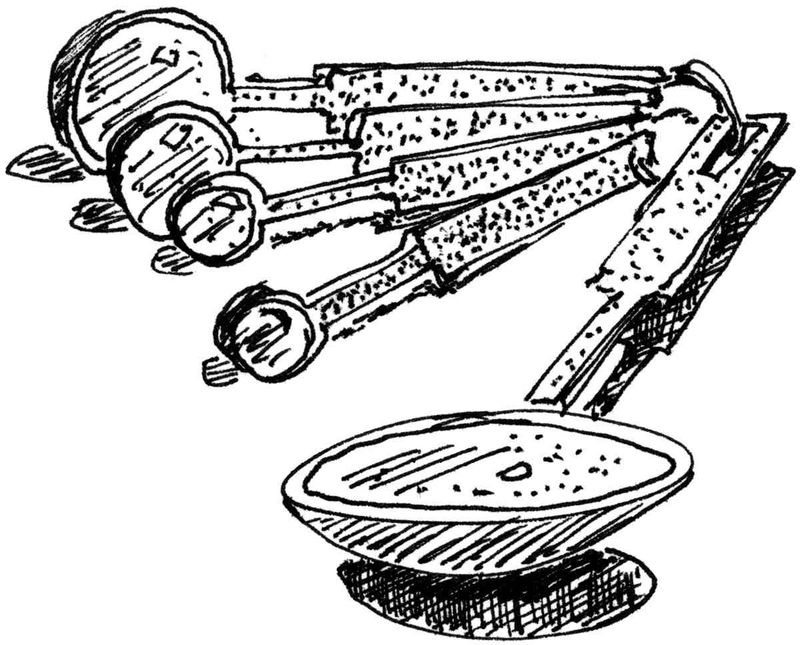 Friday night’s dinner might not have gone as I planned it, but the nice thing about cooking for one’s family is that there’s always a chance for redemption, there’s always another meal that needs to be made. This is a good thing (unless, of course, you’re a devotee of the Peg “I Hate to Cook Book” Bracken school of thinking), and on Sunday I was inspired to make chicken tikka masala, from scratch.

Actually, inspired wasn’t quite the right word—“desperate” would have been more apt. The fridge and the cupboard were a bit bare and I was desperate to make something delicious and tasty. I had all the fixings on hand for the chicken tikka, and I dove right in.

Nina and Pinta have a waxing-and-waning taste for chicken tikka masala. Years ago, they shocked me by spurning the red lentil dhal I had made for them (something they usually eat) and gobbling up leftover chicken tikka from a party we had thrown the night before. That evening, they loved it, even though it was almost too spicy for my lips.

Since then, we’ve slipped into the habit of using a commercial sauce, but its popularity around the house has been fading like an aging pop star’s chart prospects. In fact, on Sunday night I had a jar of it in the fridge, but I didn’t feel like eating it. I wanted something homemade, something good (I’m no Peg Bracken, as you might know).

This chicken tikka masala, which I adapted from "Food and Wine’s 2001 Cookbook," is a bit different than the ones found in most Indian restaurants. It’s not creamy. The dish, by the way has a fascinating history, and may not be from the subcontinent at all. As this article from Saveur points out, a Scottish parliament minister maintains that chicken tikka masala comes from Glasgow, where, according to him, in the nineteen-seventies, a customer complained about the dryness of his chicken tikka at a local restaurant, and the chef responded by whipping up the now-popular sauce.

When I made the dish in the past, I increased my odds of getting Nina and Pinta to eat it by having them help me make it. The two used to love opening and smelling the kitchen spices (ground clove was once a particular favorite), and I would have them measure out the garam masala, coriander, cumin, and turmeric. I’d slip them bits of the sauce as it cooked and we’d be home free from there.

On Sunday night I popped my head into their room and asked if they wanted to help me cook. They weren’t interested, and later that night they rejected the chicken tikka masala as too spicy. Oh well.

Santa Maria pulled some leftover chicken from Friday’s debacle, and they ate that with the rice. So, as it turns out, Friday wasn’t as much of a fiasco as I had thought. It’s always good to have roast chicken around the house. And it meant there was more chicken tikka masala for me. I call that a win-win.

Pour the can of tomatoes into the blender, and puree.