Home Archives About
Blue Moon Bash
Does Going Off Dairy Help with a Cold or Cough?

A Miracle: The Best Mushroom Risotto Ever 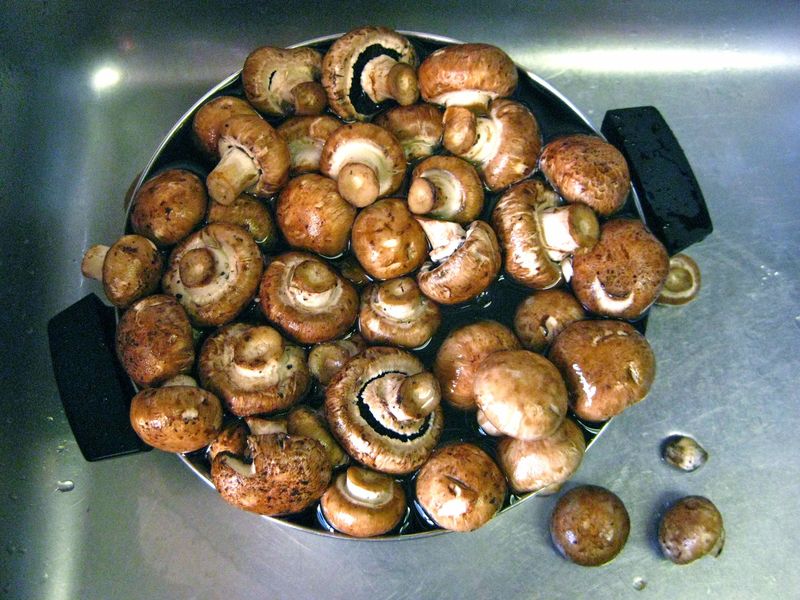 On Sunday, we cooked dinner for old friends who were visiting from England. Because they had just arrived in town, there was some issue with their cell phones, and we didn't know until the last minute that they were coming over.

Santa Maria was on the way back from the Food Coop when she finally connected with them. Among other things, this meant that we really didn't have enough food. In particular, we didn't have enough bread. I had already made a double batch of frikadeller, which are Danish meatballs (I'll share the recipe and that story later in the week), so we had our main course set. But the starch for the meal was another story.

Because she thought that it was going to be just the four of us for dinner, Santa Maria had bought one tiny  boule. When I looked at it, I felt a bit like what I image Jesus must have felt when he was preaching to the masses and had but five loaves and two fishes. Lacking the power to deliver a miracle, I decided to make a mushroom risotto. I had fresh cremini mushrooms in the fridge, and I always have aborrio rice on hand.

I got started, and then realized that I was out of two key ingredients: chicken stock and dried porcini mushrooms. As our guests arrived, I shuffled through our cabinets and found vegetable-bouillon cubes, but I knew the risotto would need something else to give it a good flavor base, to stand in for the porcini.

What could I put in it to make it richer and fuller tasting? Anchovies. Sure enough, a couple mixed in before I added the rice gave the risotto a remarkable flavoring. The anchovies didn't make it taste fishy, they just made it taste better. Santa Maria said it was the best she'd ever had.

In a heavy-bottomed stock pot on a medium-high flame, heat a bit of oil and butter and saute the onion until it is soft.

Once the onion is soft and translucent, add the anchovies, and saute a bit more.

Add the mushroom slices, and saute until they start to give up their juices.

Toss the rice into the pan and stir until the grains are coated with oil.

Pour the white wine into the pot and leave on a high heat until it boils off.

Turn the heat down to medium and spoon a ladle full of stock in with the rice and cook, stirring occasionally, until the stock is absorbed. Repeat.

Repeat ladling in the stock until the rice is cooked, about twenty minutes. It should be tender but firm inside.